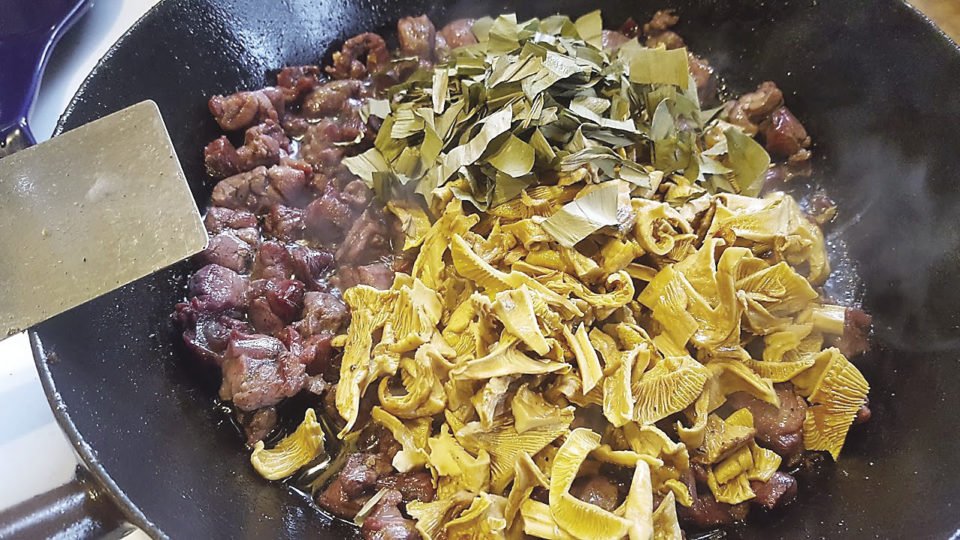 Locally harvested ingredients make for a wonderful meal, for taste, freshness, and the pride in supporting local or from harvesting items yourself. | KAARE MELBY

Tucked away off Highway 61 in the Northern Wilds is Finland, home to about 200 residents and a hotbed for the local foods movement. This February, two Finland residents, Honor Schauland and Kaare Melby, will be sharing their passion and knowledge for wild and local foods by offering three classes for the public at the Clair Nelson Center. Whether you are new to the idea of local food production or looking to up your game, Schauland and Melby are ready to help you find, preserve, and cook with locally grown and wild food.

Locally grown and wild foods have been increasing in popularity in recent years, for a variety of reasons. For some, it is the appeal of a more environmentally sound way of eating, by reducing the carbon footprint of their meals with shorter transportation distances. For others, it is the opportunity for food security and increasing personal and local reliance. It can also be an economic opportunity, either in that wild food can be free or buying local produce and meat provides financial support to neighbors.

Taste and health can be other draws, with both the freshness of locally sourced ingredients and the types of foods available.

“When you feed someone an egg that a chicken laid 20 minutes ago, they almost universally agree that it tastes amazing,” said co-instructor Schauland.

While all these reasons have increased the interest in local food, many of us were not raised with the skills or knowledge needed to find, preserve, and cook with these foods.

Despite some of this knowledge no longer being the norm, it has not been lost. Schauland and Melby were raised in Finland and learned many of these skills and knowledge from their families.

“Some of my earliest memories are of helping my parents harvest potatoes and carrots from the garden. I would pride myself on my ability to convince other kids who said that they didn’t like carrots that carrots straight from the garden were a special treat,” said Melby.

“I was raised gardening by my parents. My dad was a logger who came from a dairy farming family and my mom was a hippie back-to-the-lander, and they were really into growing their own food, building their own log house, living off the land as much as possible. I grew up doing that kind of stuff,” said Schauland. Yet, “I was an adult before I realized how great it was to grow up eating local and wild food.”

Both Schauland and Melby have rediscovered these foods as adults and continued to develop the skills needed to make it part of their families’ lives.

Melby moved back to Finland in 2012 and that first winter he supplemented his family’s diet with snared rabbits and hunted grouse, which was the beginning of his adventure into hunting.

“While I had gone fishing many times as a child, I began to fish as a way to provide my family with food for the first time. I had already learned about wild foods while in college, and I had learned how to forage wild mushroom as a child from a friend of the family. Once hunting and fishing was added to that mix, I found myself experiencing the bounty of food the forest has to offer,” said Melby.

Schauland also moved back after going to college. Now she has learned to “raise chickens, grow a lot of my own vegetables and fruit, gather mushrooms and berries, hunt occasionally, fish more, sell canned goods at the Finland Farmers Market, and also barter my foods with others who have things I don’t have.”

Melby and Schauland will be bringing together their own experiences and knowledge to share with others through three classes this month. Students can sign up for one or all three, depending on their own interest and availability, although it is recommended to take all three. The first class will be “Finding, Buying, and Gathering Locally Grown and Wild Food” on Sunday, Feb. 10. This class will focus on what local foods are available in different seasons and how to procure them, from gathering wild food to finding local farmers. The second class is “Storing Locally Grown and Wild Food: Drying, Freezing, Canning, and Fermenting” on Sunday, Feb. 17. The storage of wild and local foods is a key aspect of eating a local diet. And lastly, the third class, “Cooking with Locally Grown and Wild Food,” will be held on Sunday, Feb. 24. Building on the first two classes, this session will focus on how to prepare local foods in meals for your family.

“Students will leave the class with a knowledge of our current local food system, and how to engage with that system to procure, preserve, and cook with local foods, [including] handouts about local producers, a cycle of the year foraging guide, and more,” said Melby.

Each class is held from 3-5 p.m. and cost to attend is $5 a class, thanks to support from Lake County Extension. All three classes will be at the Clair Nelson Center in Finland.

“The major barriers for most people [to eating a local diet] is that many people are not used to cooking with and preserving local foods. This bit of knowledge has begun to be lost in our community. The other barrier is that most people simply don’t realize that there is local agriculture that actually produces a wide variety of foods,” said Melby. Schauland and Melby are working to rekindle the interest and knowledge in local foods to “show people how beautiful and delicious local foods can be, and hopefully increase the demand for local foods, creating space for new local farmers to get started, and existing local farmers to expand their operations.”

If you aren’t able to participate in the classes, Schauland recommends that you “become familiar with what’s available locally. So much of procuring local foods is done by word of mouth. Talk to people in your community. Ask them where they buy eggs or local meat, or local veggies. Or who they get them from. Then get to know the folks who produce those foods.”

And from Melby, “If you are not from the North Country, I encourage you to find the wild and locally raised food near you and start experimenting with them in your cooking. And visit your local farmers market.”

To register for a class or for more information, visit the Lake Superior School District Community Education webpage: isd381.k12.mn.us/community-education. 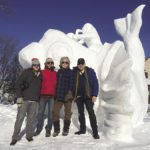 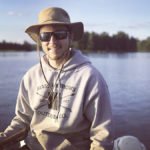