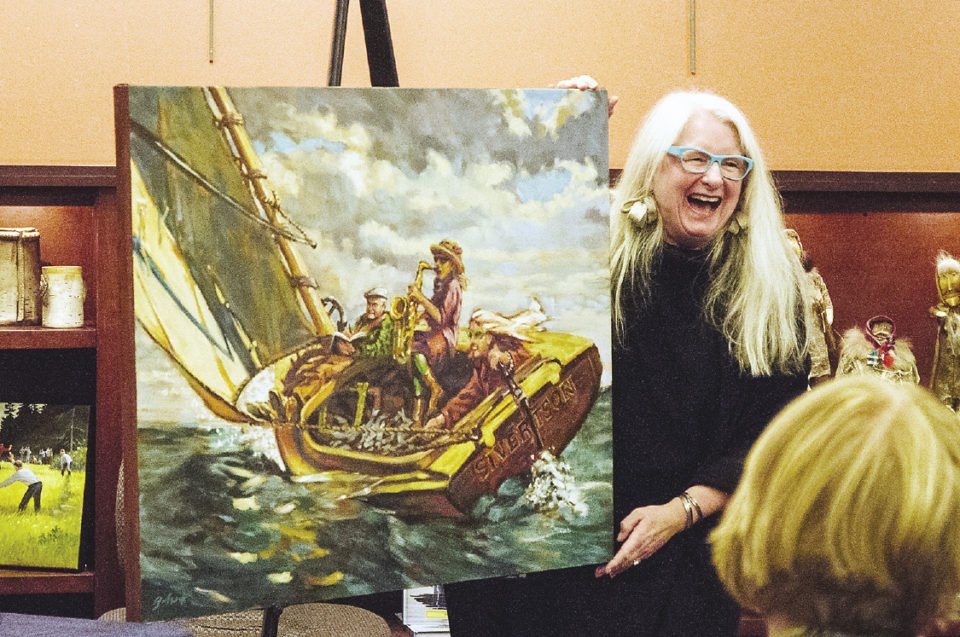 Though much has changed in 40 years of operation, the Sivertson mission to “tell the story of ‘northern life’ in this unique place” has remained steadfast throughout. | SUBMITTED

Over the past few months, businesses around the world have had to adapt to a new reality brought about by COVID-19.

In what continues to be an inspiring display of northern resiliency, North Shore businesses are doing their part in seeking out creative solutions—such as curbside pick-up, online options, and social distancing measures—to continue operating in a safe, responsible manner.

As co-founder and owner of two successful art galleries on the Shore, Jan Sivertson has sought strength in the “resiliency of Northern culture” throughout her life’s work, both as an artist and entrepreneur, and continues to do so while navigating the uncertainty of the current crisis.

Like many retailers in the area, Jan had to close her stores to the public under the Governor’s most recent stay-at-home order. However, in demonstrating an impressive degree of her own “northern resiliency,” Jan was undeterred in finding cause to celebrate despite the unfortunate circumstances.

Though much has changed in 40 years of operation, the Sivertson mission to “tell the story of ‘northern life’ in this unique place” has remained steadfast throughout.

Jan first moved to Cook County after graduating college in 1979, where she spent a year in Lutsen working as an artist practicing Batik. At the time, her father, Howard Sivertson, had recently moved to a new home in Grand Marais where he was working as an artist, painting scenes inspired from his childhood on Isle Royale.

It was in the basement of Howard’s home in Grand Marais that he and Jan first started Sivertson Gallery in 1980. However, two years after opening, Jan moved the gallery to downtown Grand Marais in order to allow her father to refocus his energies on his painting, leaving Jan in charge of the business.

It was during this time, around 1982, that Jan began collaborating with talented North Shore artists to continue developing the business. Many of the artists that she first collaborated with—such as Betsy Bowen, Liv Sivertson, David Gilsvik, Jim Brandenburg, and Rick Allen—continue to work with Jan and exhibit their work in her gallery to this day.

Jan attributes much of her inspiration to the “nomadic and rugged nature of the commercial fishing community on the North Shore” of her upbringing, a lifestyle she remembers as being “inspired by adventure, resiliency and simplicity.”

“Art of the North,” says Jan, “has always been my vision for selecting art and artists for the galleries. It resonates well with our customers, who are drawn to the North Shore of Lake Superior. These folks have a great admiration for life in the far north, the common denominator.”

Building off of Sivertson Gallery’s success, Jan opened a second gallery in Duluth—Siiviis—in 1995.

“[Siiviis] started as Sivertson Gallery,” says Jan, “but I changed the name to Siiviis in 2012.”

“My dad was raised in a commercial fishing family at Washington Island, Isle Royale,” says Jan, “but before that my grandfather and great uncle owned a fish production warehouse, Sivertson Brothers Fisheries, in Duluth just behind where I located Siiviis.”

“The name ‘Siiviis,’” continues Jan, “comes from the name of my grandfather’s commercial fishing boat, The Sivi, that he designed and built by hand in the 60’s. [The Sivi] is now retired, resting on the shores of Washington Island.”

Jan had planned to celebrate her galleries’ anniversaries with many, many events this year, as she considers special events to be one of her gallery’s main marketing strategies. Unfortunately, due to the virus, she has had cancel and refocus her energies elsewhere.

“Because of the cancellations,” says Jan, “I have been refocusing that energy into our website, newly launched in February, which has been a lifesaver.”

“Choosing to celebrate their anniversaries,” continues Jan, “by creating a third store—sivertson.com—seems appropriate, especially considering the challenges of commerce these days.”

In addition to managing online orders from the new website, Jan has been kept busy applying for loans, focusing on the health and safety of her staff, and working with fellow artists and small business owners in finding creative solutions to weather the crisis.

“My thinking has changed,” says Jan, “from waiting for the virus to peak and go away, to living with the virus as it appears it might be with us for quite some time.”

Jan says that her and her Sivertson team plan to reopen the stores “when it feels safe to do so.”

For more information and access to the new online shop, visit sivertson.com. 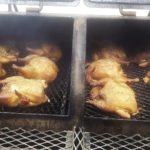 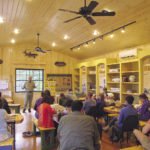