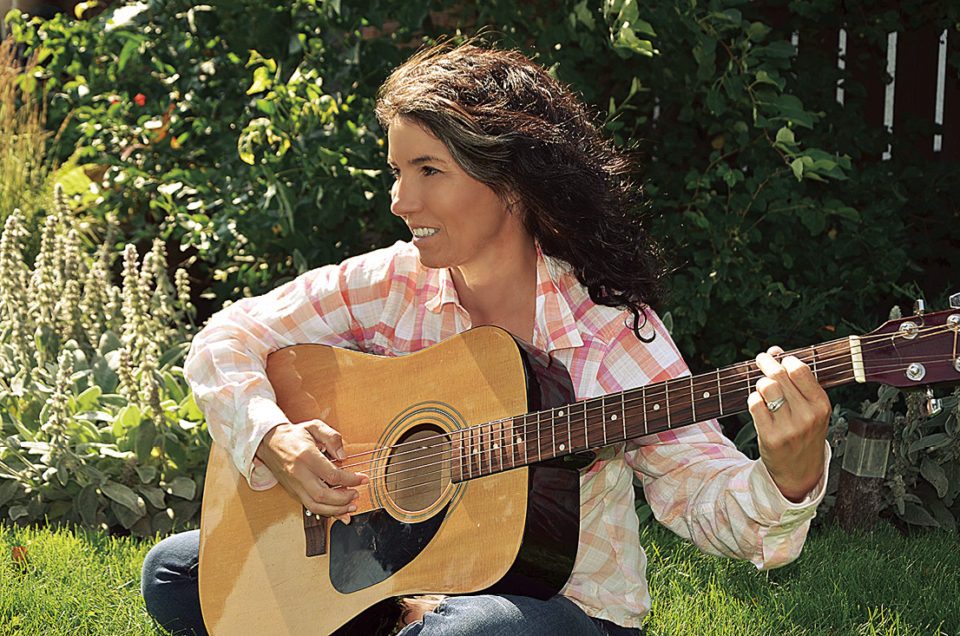 Shy-Anne Hovorka’s newest album, “And Then…” will be released in full this January. | SUBMITTED

Some artists begin following their creative path early on in life, while others come around to it later on. For Thunder Bay musician Shy-Anne Hovorka, it was a bit of both. An educator, gardener, and award-winning singer-songwriter, Hovorka shared about her journey into music, the writing process, and the beauty of collaborating with other artists ahead of her upcoming album “And Then…”

There is no doubt that Hovorka has long held a deep love for music. Her first memory of creating music goes back to the young age of 3, when she began experimenting with making up her own songs. At age 7 her parents bought her a Fisher-Price piano, which she played and incorporated into her songwriting. Her childhood also involved opportunities to follow her passion for music, including taking voice and piano lessons and singing in church, and she eventually decided to attend university and major in music.

“I really wasn’t sure what to do with the music degree, so I ended up in Korea teaching and decided to go back into teaching,” Horovka said. “I’d always wanted to have that career in music, but it wasn’t something that just happened.”

Hovorka’s journey into her music career happened after she moved back to Canada and was teaching in Red Lake, Ontario. Hovorka, who is Indigenous, said that part of the Ojibwe belief system is that one’s life has to be in balance. At the time she felt that she wasn’t spiritually connected to herself, and because of that, she didn’t seem to have a clear direction in life. That all changed when the seventh and eighth grade Ojibwe class she was teaching was notified that an Elder was coming to the community to give Spirit Names. All of her students wanted to attend, so she joined them for the sweat lodge ceremony. While Hovorka said that she was skeptical going into it, during the ceremony she saw two flashes of light like a lightning bolt, followed by a big black bird. Hovorka didn’t tell anyone about what she had seen.

“Only one name came out of everybody in that lodge, and it was mine: it was Black Thunderbird,” Hovorka said. “I felt awful because I hadn’t gone into it with the right attitude, but I told the Elders, a husband and wife, what I had seen, so we put out an offering and did another little ceremony and then I went home that afternoon.”

When she returned home, she grabbed her piano book that she regularly played from. Out of the book fell a piece of paper with a poem she had written back when she was 13. The poem was about how much she loved thunderstorms.

“I sat down at the piano and wrote the song Thunderbird, and it was that song that propelled me into coming up with my first album,” she said. “Then a few months after I came up with my first album, I’m at the Indigenous Music Awards performing on stage at the MTS Center. It was a whirlwind. But I really feel like I needed that spiritual connection to get on the path into music.”

Hovorka now resides in Thunder Bay and her work has received commercial airplay, won several awards, and was licensed for the TV series Blackstone. She described her songwriting as a natural process, rather than one that follows a prescribed method. Sometimes the melody comes to her first, either spontaneously or from playing the guitar or piano, while other times a song starts with an idea that she wants to express. Her songs can take anywhere from a few minutes to 10 years to write. She has also collaborated with other songwriters and musicians on her albums, including Nashville recording artist Jerry Vandiver and local artists in Thunder Bay.

“For the songs that are really me, it’s a reflection on something that’s going on in my life or around me, and my way of coping,” Hovorka said.

Her newest album, “And Then…” is being released in full this January, and many of the songs are centered on the tragedy of the residential school system and the discoveries last June of the unmarked graves near the schools. Although not the initial reason she picked the title, “And Then…” reflects the importance of truth in the reconciliation process.

“He said, ‘Mom, that song makes my bones cry—I have crying bones.’ I said that that’s a song right there, and asked him if he wanted to write a song with me, which we’ve never done before,” Hovorka said. “So I started playing the guitar and he started singing, and that became the chorus of the song.”

“And Then…” has been undergoing a slow release, and along with releasing the music has been a slow release of accompanying artwork. Artist Sonya Belisle began by listening to the first two songs and created a pencil sketch of an Elder. Artist Vanessa Willow Kiiniw-Ikwe collaborated with Belisle, with each artist taking a few songs and adding to the artwork as each song inspired them. Hovorka said that she gave the artists complete freedom to create whatever they wanted, and that it’s been interesting to see how they have interpreted the songs.

“Seeing what they’ve created has caught me off guard in a good way because if I had held control I would have never known what the songs were doing for them,” Hovorka said. 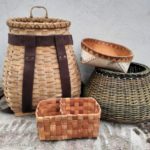 Baskets in the North Woods 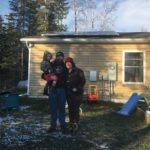