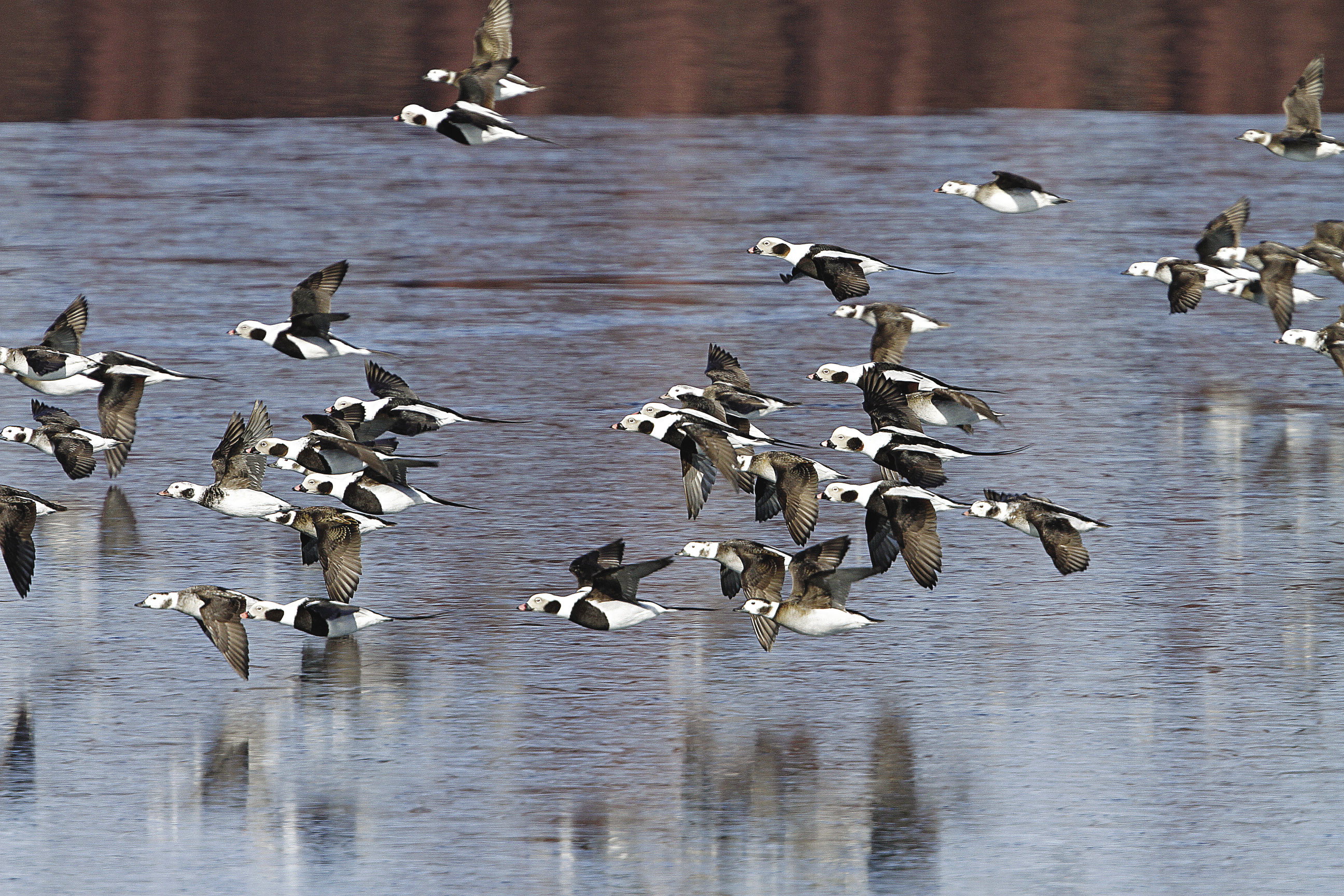 North Shore—Just about everyone is familiar with two groups of ducks that frequent the Northern Wilds region—the puddle ducks, typified by mallards, and diving ducks, like the familiar bluebill. But sea ducks? What are sea ducks doing on Lake Superior?

Actually, the sea duck group does include duck species that frequent this neck of the woods, though most of us don’t think of them that way. All of the mergansers, common goldeneye and bufflehead are members of the sea duck family, not because they nest near the sea, but because they feed in the ocean in the winter.

No, what we’re talking about here are the odd ducks. Ducks that are rarely seen on the Great Lakes, don’t nest anywhere near them, and are typically found along the east or west coast in the winter. Yet sharp eyes have noted several species on the waters of the North Shore.

Scoters (there are three kinds: white-winged, surf and black) are probably the most common vagrants. Unlike some Arctic sea duck species, many scoters migrate north-south, as opposed to following the ocean coasts. In doing so, they sometimes make a stop in our area, and not just on Lake Superior, but other large lakes like Winnibigoshish and Lake of the Woods.

Far rarer is the Harlequin duck, a species that nests along fast moving streams in the mountains of Canada, Alaska and northern U.S. Rockies. The males are strikingly colorful and those that end up on the North Shore (one or two a year) are birds that probably got caught up in a jet stream and landed here by chance.

The same is likely true for eiders. Both the king eider and the common eider occasionally appear in our area. Cook County has seen at least eight king eiders since records have been kept. A common eider was spotted with some mallards in the St. Louis Bay in Duluth just two winters ago for over a month.

One sea duck that has been appearing more frequently is the long-tailed duck (once called oldsquaw). Three years ago, nearly a thousand of them wintered in Two Harbors. Now, a winter rarely passes without longtails being seen somewhere along the shore. Flocks of many thousands are now common in the lower lakes, and the consensus among scientists is that they’re here because they’ve discovered a new and abundant food source—invasive quagga and zebra mussels. The long-tailed duck holds the record for deep dives—250 feet—and feed almost exclusively on mussels.

Seen an odd duck on the big lake? Chances are it’s one of the above.

The legend of St. Urho