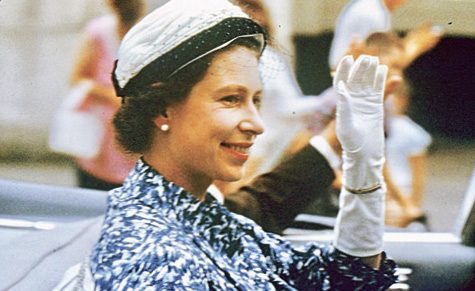 During my lifetime, I encountered Her Majesty Queen Elizabeth II close-up twice. The first occasion (at age 20) was on July 8, 1959 when she (age 33 and her husband Prince Philip, age 38) visited Sault Ste. Marie to celebrate the opening of the St. Lawrence Seaway, which connects the Great Lakes to the Atlantic Ocean. They arrived by barge from the Royal Yacht Britannia anchored in the St. Marys River, separating Sault Ontario from Sault Michigan. The royal couple toured the city, waving to crowds on both sides of the streets, and they actually drove by our home on Riverview Avenue as I photographed the open limo. Construction of the 2,300-mile Seaway (1954-59) cost $470 million shared by Canada and the U.S. In 1959, over 6,500 ships passed through carrying 50 million tons of grain, iron ore, coal and steel.

My second close encounter, at age 34, took place July 3, 1973 when she (age 47) and her husband the Duke of Edinburgh (age 52) celebrated the “official” opening of Fort William Historical Park in Thunder Bay. Our crew of MNR “voyageur” actors carried two large 30-foot Montreal birch bark canoes up the bank of the Kaministiquia River to the entrance of the Fort. We placed bales of fur in front of Queen Elizabeth and Prince Philip at the re-establishment of the Great Annual Rendezvous of the North West Company. The pageantry obviously pleased the Queen, who made an impromptu pause in her split-second itinerary to admire the canoes and costumes of the voyageurs. An estimated 2-3,000 Thunder Bay residents attended to see Queen Elizabeth and Prince Phillip on the ninth day of their 11-day Canadian tour. Premier William Davis, Natural Resources minister Leo Bernier, and Thunder Bay Mayor Walter Assef accompanied the royal couple. 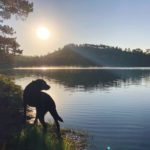 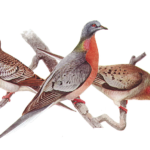