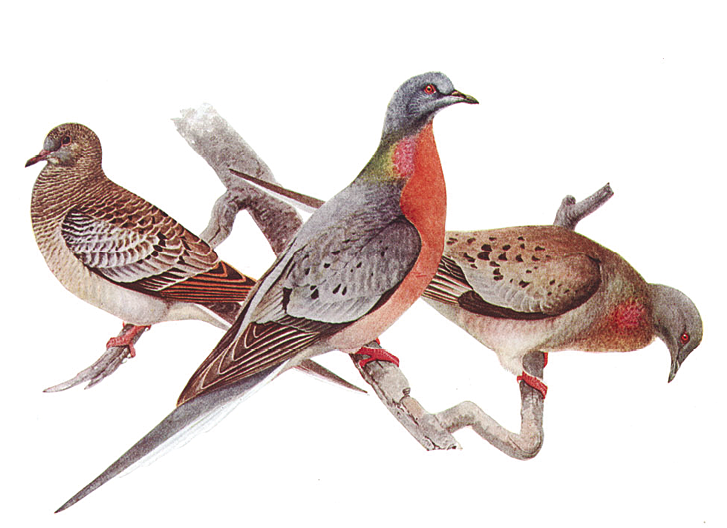 Up to the mid-1800s, it’s been estimated that there were between three to five billion living passenger pigeons in North America. | PUBLIC DOMAIN

Up to the mid-1800s, it’s been estimated that there were between three to five billion passenger pigeons living in North America. Famous for flying in enormous flocks, their flights sometimes darkened the skies for days, and their huge nesting sites covering hundreds of square miles with millions of birds.

Zoologist C. J. Temminch, wrote in an 1873 article published in St. Nicholas Magazine, “The air was full of flying birds and for hours, I watched the immense flock of passenger pigeons over the prairie village in Minnesota. They flew very low, hundreds alighted on the trees in passing, often alight in such numbers the great branches broke off, crushing the pigeons. As these detachments of the vast army rose from the ground with great flapping of wings, others alighted, meanwhile the main flock still passing over our heads.”

In newspaper reports, the passenger pigeon has been described as a gentle, beautiful bird between 15 to 17 inches tall and with flying speeds up to 62 mph. Its upper body was a bluish colour with iridescent patches of greenish gold on the throat and shoulders, and the underside brownish, reddish purple or violet; female colours were a bit duller and browner.

By end of the 1800s, the number of passenger pigeons had declined drastically, with only a few thousand still in the wild. In 1895, the last known nest and egg was collected in Minneapolis. In Canada, the last bird specimen was collected April 10, 1898 in Manitoba. The last authenticated record of a wild passenger pigeon in North America was shot in Illinois on May 2, 1901 with another one in Indiana in 1902.

By 1910, only two known passenger pigeons remained on earth, George and Martha, (supposedly named after the U.S. President George Washington and his wife Martha). They were captive birds, living together in an aviary at the Cincinnati Zoological Zoo. George died in 1910, leaving Martha as the last living passenger pigeon on earth. When she died four years later on September 1, 1914 at about 29 years of age (some say 17), the passenger pigeon became extinct. Martha’s body was donated to the Smithsonian’s National Museum of Natural History. A life-size bronze likeness of Marsha has been installed at the front of what had been her “Passenger Pigeon Hut,” now a U.S. National Historic Landmark.

The passenger pigeon (Ectopistes migratorius) migrated in the spring from the south in huge flocks to mid-west northern U.S. and parts of Ontario, Manitoba, Quebec and Nova Scotia, searching for food and shelter, and returning to their nesting areas in the Great Lakes region and east of New York. In the fall, the birds returned south to wintering sites between Ohio River and in the uplands of the Gulf Coast states.

Their nesting areas, also called “colonies,” were enormous in size. In southern Wisconsin, the sites covered 850 square miles with an estimated 136 million birds. A famous single colony with billions of birds near Petoskey, Michigan, was reported to be 28 miles long and 4 miles wide. In 1878—when pigeon meat had become commercialized with industry-style killings by professional hunters using guns and netting—birds were slaughtered at the Petoskey colony at a rate of 50,000 birds a day for about five months.

The ‘pigeon trade’ was newsworthy at the time. Washington’s Evening Star (Aug. 21, 1853) noted that from 10,000 to 30,000 birds were packed in ice and forwarded daily to major cities like Chicago, New York and Boston. La Crosse National Democrat (June 2, 1857), reported 612 barrels of wild pigeons had already been shipped to market by train, while Milwaukee Sentinel (May 2, 1871) noted every train from La Crosse roost carried “100 to 200 barrels of dead birds;” another newspaper wrote each barrel contained more than 300 pigeons.

In less than 50 years, living passenger pigeons went from billions in the wild to extinction. The commercialized ‘pigeon trade’ with its professional hunters, coupled with easy access to colonies, and deforestation and destruction of pigeon habitat, all combined to hasten the extinction.

In a letter to the Saturday Night Post on November 21, 1938, the U.S. Department of Agriculture wrote there was “nothing mysterious concerning” the extinction. In blunt words, “It was a man-made calamity. There has never been anything like it…the massacre of the pigeon established a record never equalled in the history of the world.”

On the Manitoba Museum’s website article “Tracking Down Canada’s Last Passenger Pigeon,” Dr. Randall Mooi writes, “The disappearance of this species is almost impossible to comprehend, as it was once the commonest bird in North America, perhaps the world, with population estimates of between 3 and 5 billion—yes, that’s billion—in the mid-1800s.” 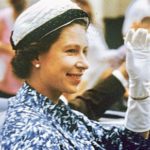 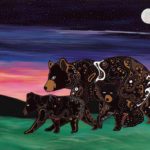