Requiring precise brush strokes, intricate geometric elements and specific color blends, rosemaling is a type of fine Norwegian decorative art with a long history of weaving its way through the mountains and the valleys of Norway and across the Atlantic. Like many other aspects of Norwegian culture, the art form is still practiced on the North Shore by some with a particular connection to their cultural roots.

Rosemaling as a style began in the lowland areas of eastern Norway around the year 1750. After artists were trained within a “guild,” the often-poor city dwellers would paint churches or homes of the wealthy in exchange for money or room and board. As these commissions took the city dwellers to various rural areas, the artists felt less encumbered by the constraints of the guilds. This relative freedom meant taking more liberties with the rules of the art. Distinct styles developed within the valleys and the amateur rural artists began painting on small objects like cups and boxes.

Rosemaled trunks housed the belongings of the immigrants traveling across the Atlantic to make a new life in America. Rosemaling in America didn’t take off, however, during this wave of immigration. It was instead made popular by the Norwegian-Americans in the 20th century.

Per Lysne, a Norwegian-born immigrant who came to America in the early 20th century, is credited with the revival of rosemaling. Though he had a good job painting and decorating wagons in his new home in Wisconsin, the Great Depression hit hard. When business slowed, Lysne began rosemaling again. Within a few years he was being visited by the press and was getting invaluable marketing for his interior decorating business near his home. By the 1940s, there was a year-long wait for a rosemaled plate created by Lysne.

There are at least seven varieties of rosemaling that have particular color sets and designs that distinguish them. The Os style, for example, features backgrounds that are typically white or red and includes geometric shapes like cubes and squares. There is typically a heavy detail on the leaves of the flowers that may be symmetrical or asymmetrical.

North Shore local Mary Schliep is an award-winning rosemaler who does her work in mostly the Telemark style. These particular designs are asymmetrical with scroll branches that emerge from a root center. The leaves and flowers are varied and irregular.

“I started out [rosemaling] doing Telemark on wood. I did a bunch of glass ones last year. It’s hard because you put the paint down and it’s there—you can’t go over it or cheat,” she said with a laugh.

Schliep, who has been doing rosemaling art for about 30 years now, has been teaching the skill at North House Folk School in Grand Marais twice a year since it opened in 1997. She sends in her work to annual competitions to the Vesterheim Norwegian-American Museum and Heritage Center in Decorah, Iowa. The museum, which is considered to be the penultimate display of Norwegian-American history in the country, is home to over 33,000 artifacts, 12 historic buildings and a folk art school. Work submitted to their rosemaling contest has to be flawless to come close to receiving an award.

“This year I entered a carved ale bowl and where it was carved, they said I didn’t stain it dark enough in the crevasses. My design was perfect, my colors were perfect, and then there was one little tiny smudge you wouldn’t even hardly know and that was criticized,” said Schliep.

Recent accolades include an award at the 2015 Norsk Hostfest in North Dakota for her booth of rosemaled pieces.

Along with entering the Vesterheim contest, Schliep sells her work at the Schroeder sale and has other pieces at Betsy Bowen’s studio in Grand Marais and at the North House Folk School. Her largest piece to date is a commissioned 36 inch plate to hang above a fireplace. The detailed designs, especially for a piece that large, demand a great deal of time and energy.

“It’s hard to judge how long it takes because there are a lot of preliminary things—you have to paint your plate, sand it, paint it again, sand it,” explained Schliep. “If it doesn’t cover just perfect, you might have to paint it again. Some colors require a third coat, especially the reds.”

The work spent preparing the wood base is just the beginning of the process.

“After glazing the plate, then you design your own pattern. I design most all of my patterns now,” said Schliep. “I transfer the pattern on, then start painting—the fun part. I imagine a big plate takes me about six or seven hours of just painting.”

Teaching gives her a constant reminder of what it’s like to be a beginner again. She always makes sure to give her students encouragement on their first attempts.

“It’s like playing the piano. You don’t learn to play the piano in three days,” she said, in reference to the length of her classes. “Just start taking classes, keep at it, and practice your brush strokes.”

Edna Bowen is another North Shore local who has been doing rosemaling art for approximately 25 years. As the daughter of two Norwegian immigrants, she appreciates the connection to her heritage and to her parents.

“I feel rosemaling keeps me connected to my family’s history and their origin. I learned from [my parents] to appreciate the Norwegian art, cooking and way of life,” said Bowen. “My three sisters were also taught crafty things by my mother, two of which are also rosemal painters. All four of us girls got coverage in the Minot, North Dakota newspaper as the sisters participating in the Norsk Hostfest annual event. We all had booths and sold our work.”

Bowen paints in the Telemark style, as well as the Gudbrandsdal and Valdres, Rogaland, and Os styles.

“Each style is unique in appearance, some more intricate than others. I primarily paint on wood,” said Bowen. “I have done a couple on canvas, and my designs also appear on my granddaughters’ arms as a tattoo. My most prolific work is on Lake Superior stones, which I sold at the Farmer’s Market as Grand Marais souvenirs.”

Her work can be found at the Twin Ports Rosemaling Society annual show in the Duluth area, and at Joy & Co in Grand Marais.

Duluth in 2017: Exciting events to expect 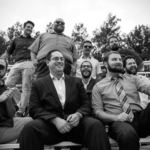 Feel the Soul with Big Wave Dave and the Ripples