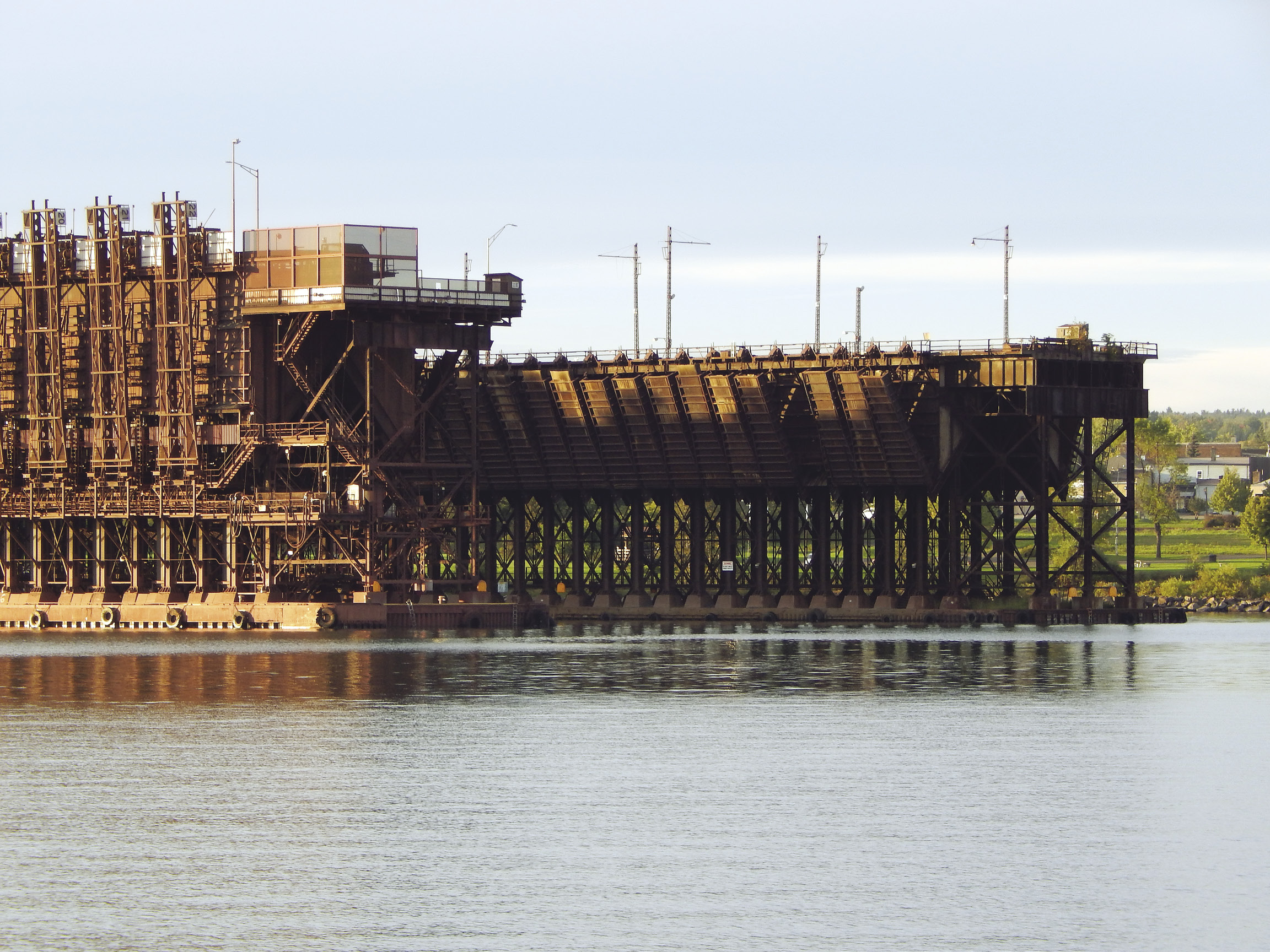 Two Harbors—Lovers of the quiet, quaint community of Two Harbors have transportation to thank for its very existence.

Back in the 1850s, the United States and Native Americans signed the Treaty of LaPointe, which opened the North Shore of Lake Superior to white settlement. Flash-forward 30 years, and the Minnesota Iron Company, based in Duluth, set up shop in Tower, MN and was mining iron ore from the Vermillion Range at a rapid rate.

The Duluth and Iron Range Railroad needed to haul the mined rocks and minerals to Lake Superior, in order to ship them across the Great Lakes. The shortest route between Tower and Lake Superior was straight through Agate Bay in Two Harbors. As an added benefit, the clay bottom in the bay was perfect for ore dock development.

Before the advent of diesel locomotives, the Yellowstone Mallet ran the rails. It is arguably the largest locomotive ever built and the exhibit in downtown Two Harbors today is one of the only three in existence.

In its early days, Two Harbors was a construction camp for the railroad with a permanent population of about 300 people.

“Two Harbors was always about transportation, particularly shipping,” said Sando. “It was a major transportation center along the North Shore.”

Two Harbors’ port, which was developed about 10 years before Duluth’s, sent its first ore shipment in 1884, consisting of 10 train cars with 20 tons each.

“It wasn’t much. They actually had a hard time selling it,” said Sando.

But only a few years later, they were shipping about 225 thousand tons of product per year. For comparison, the docks today ship about 12 million tons per year. In addition to iron ore, the port shipped out millions of board-feet of timber. It received Pennsylvania coal for locomotives and communities on the east range.

Before Two Harbors developed into a full-fledged city, “It was pretty rough and tumble,” said Sando. “A lot of people forget that this was the frontier. It wasn’t a community by any means.”

Most of the property surrounding Agate Bay was owned by the railroad, except for four acres that businessmen developed with saloons, shops, restaurants, warehouses and hotels. Called “Whiskey Row,” the area was known for a place where the young, working men would take part in excessive drinking, crime and prostitution, said Sando.

“All these young men that immigrated here, despite the rough-and-tumble nature of Whiskey Row, these people moved here to make a better life for themselves and for their family,” said Sando.

By the late 1880s, the workers sent for their families and the city became domesticated. A police department and town council was formed, and churches were built.

During that period of population growth, the service of transporting passengers became popular on the Great Lakes.

“You had all these boats coming in to Two Harbors with passenger service…but the purpose was to pick up fish catches and deliver mail.”

Dropping passengers off at various points around the Great Lakes gave boat owners extra income, and this practice ran up until World War II.

In addition, as automobiles increased in popularity as a means of transportation, tourists began to flood the North Shore seeking to escape hay fever, or allergies, and enjoy the cooler temperatures and outdoor sports. In the 1920s, Highway 1, now Highway 61, was built.

In the 1960s, everything changed for Two Harbors. That’s when United Steel shut down operations in Tower, a date that was called “Black Friday.” Natural ore was played out of the Vermillion Range, and there wasn’t a market that made mining profitable, said Sando.

“It pretty much sent a panic through the community,” said Sando.

Lots of people living in Two Harbors left at that time, but those who stayed identified other industries to work in, and developed a diversified workforce.

The panic lasted less than one year, because in 1965 the State of Minnesota decided not to tax taconite production to spur investment in the Northland. But by then, the shape of the community had changed—transforming the transportation hub into the community that residents and visitors experience today.

To learn more, visit the Lake County Historical Society in Two Harbors or check out their website: lakecountyhistoricalsociety.org. 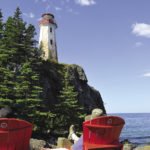 The Red Chairs of Lake Superior 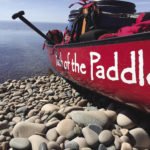