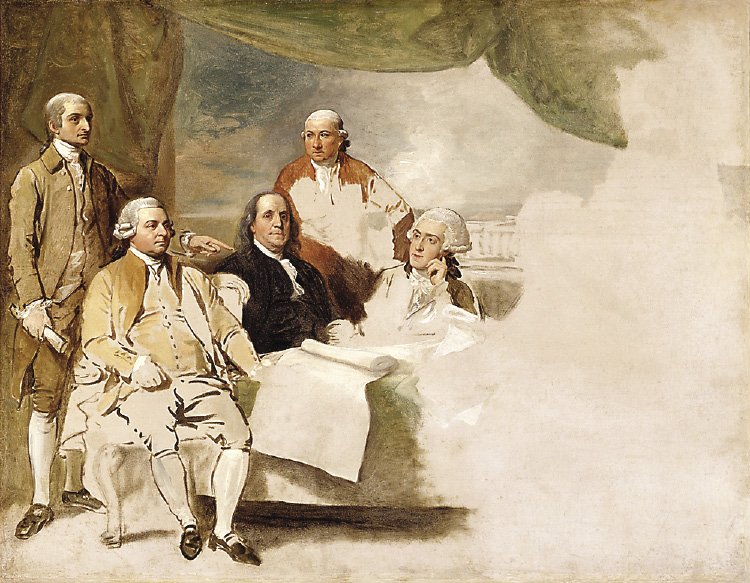 U.S. delegation at the Treaty of Paris included John Jay, John Adams, Benjamin Franklin, Henry Laurens and William Temple Franklin. They are depicted in this painting by Benjamin West, “American Commissioners of the Preliminary Peace Agreement with Great Britain”. As the British delegation refused to pose, the painting was never finished. | PUBLIC DOMAIN

A large chunk of northeastern Minnesota—including Duluth and Grand Marais—might have become part of Canada if it hadn’t been for the inaccurate, error-laden Mitchell Map of 1755.

That’s the map used by peace negotiators in the Treaty of Paris 1783, which ended the American Revolutionary War, gave British recognition to the U.S. as a free, sovereign and independent nation, and set the boundary lines between the U.S. and British North America (today’s Canada).

Early negotiations to set the boundaries were somewhat chaotic between the two countries. For example, U.S. negotiator Benjamin Franklin suggested the crazy idea that Britain simply cede all of Canada to the U.S., and the British negotiator happily agreed, but the idea didn’t get support back in Great Britain. Though no surveys were done and no fur-trading merchants familiar with the geography were consulted, the treaty—using the map—drew a boundary line from Atlantic Ocean to Lake of the Woods describing the Lake Superior and west section as:

“….Thence from Lake Superior northward of the Isles Royal & Phelipeaux, to the Long Lake; thence through the middle of said Long Lake, and the water communication between it and the Lake of the Woods, thence through the said Lake to the most Northwestern point thereof, & from thence on the due west Course to the River Mississippi…”

In his book Minnesota’s Boundary with Canada: Its Evolution Since 1783, author William E. Lass writes,

“Had their knowledge of geography been accurate, they would almost certainly have brought the boundary through Lake Superior to the St. Louis River and then west, probably from the head of that river, to the northern sources of Mississippi. In effect, the use of Mitchell’s map saved the Mesabi and Vermilion iron ranges for Minnesota…”

At the time, the Mitchell Map of 1755 was the most comprehensive detailed map of North America. Printed on eight sheets, it measured 4 feet, 6 inches (136 cm) by 6 feet, 5 inches (195 cm) and was created by Virginian-born John Mitchell, a doctor who was neither a mapmaker nor geographer; rather living in England, he drew his map using extensive trove of reports, records and archives.

It wasn’t until 31 years with the signing of another treaty—this time the Treaty of Ghent 1814 to end the War of 1812 between U.S. and Great Britain—that both countries began to address the boundary puzzles by establishing joint boundary commissions to do surveys to arbitrate all boundary issues. The British boundary commissioners included the famous fur-trader/mapmaker and astronomer David Thompson, who had already mapped much of Minnesota and Canada for the North West Company (NWC).

In his book, Laas writes (p. 41) “Survey was important because Isle Royale was explicitly named in the peace treaty [Treaty of Paris], which dictated that any boundary through Lake Superior was to stay north of the island, thus it was thought such a line might directly point to elusive Long Lake.” (By this treaty, Isle Royale became American, not Canadian.)

One of the joint commission tasks was to identify “Long Lake” and the “northwesternmost point” of Lake of the Woods, and then recommend which would be the river boundary route (the water communication) from Long Lake to Lake of the Woods.

Thompson felt Long Lake was the St. Louis estuary near today’s Duluth; the British then claimed the St. Louis-Vermilion boundary river route, putting much of northeastern Minnesota, including Duluth and Grand Marais, into Canadian territory. Not surprisingly, the Americans selected the Kaministiquia River as the “Long Lake” start of the river boundary, which would put America’s claim territory north up to today’s Thunder Bay. And the third option was the Grand Portage-Pigeon River route to Rainy Lake. However, the joint boundary commission failed to agree upon the river boundary line between Lake Superior and Lake of the Woods.

Finally, in 1842, the river route boundary was finalized when the U.S. convinced Great Britain that the Grand Portage-Pigeon River route was the right “water communication” boundary as described in the 1783 Treaty of Paris. And with the signing of the 1842 Webster-Ashburton Treaty, both the Arrowhead Region—which includes Duluth and Grand Marais—and Lake Vermilion became part of the U.S., not Canada.

The Treaty of Paris 1783 also set up the conditions for creation of Minnesota’s North West Angle, the ‘northwesternmost point’ on Lake of the Woods, which is accessible by road only by going through Canada first—but that’s a story for another time. 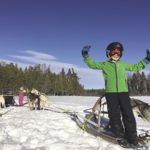 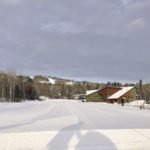