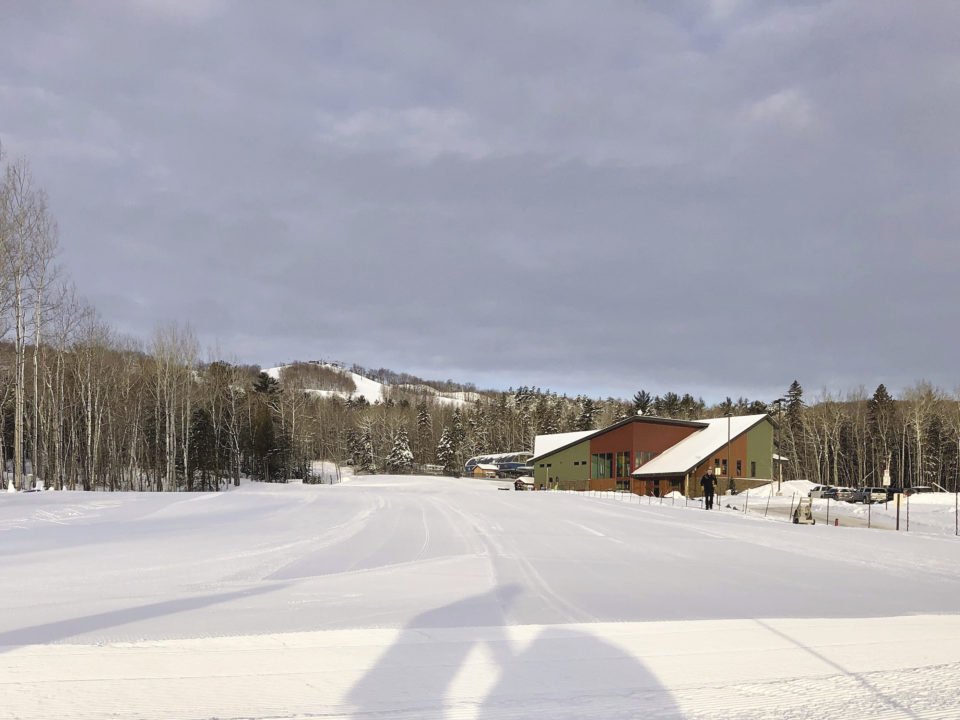 A perfectly groomed stadium area of Grand Avenue Nordic Center and Chalet at the base of Spirit Mountain in Duluth. | ERIC CHANDLER

At 4:36 p.m. on Dec. 3, 2018, the first snow gun started making snow at the Grand Avenue Nordic Center (GANC). For the first time ever, there was man-made snow for cross-country skiing in Duluth. Gary Larson, Duluth Cross-Country Ski Club (DXC) member said he took a picture at the exact moment they threw the switch. Larson also said he shouted, “Woohoo!” Understandable, since it was the culmination of a multiple year effort by DXC with the City of Duluth and Spirit Mountain. As of the first week of January 2019, the full 2.5k of newly constructed groomed trail is open, lit by three dark-sky LED lights near the trailhead at the base of Spirit Mountain. There’s also an 800-meter loop of un-groomed trail that was built by DXC volunteers that skiers can use for classic-style skiing.

Trail use picked up over Christmas break as the 13th Annual Marshall School Holiday Ski Camp used the GANC trails for three days, from December 26-28. According to Dave Johnson, 90 children used the trail for this yearly event. Then, snowmaking efforts allowed the trail usage to expand to about a 1.5k loop. The New Year started with the Proctor/Hermantown Invitational on January 2, the first-ever high school race at the GANC. Over 350 young athletes raced the freestyle technique that day. This event proved that the start/finish stadium, trail, parking, and Grand Avenue Chalet were all up to the challenge as a quality venue for the athletes, coaches, and spectators of a large Nordic ski competition.

Erik Blow, the head-groomer for the GANC with Spirit Mountain, made a trail report on January 3 on skinnyski.com that the GANC was “fully skiable!” DXC made an announcement via Facebook on January 5 that the entire system was open, touting the beautiful views of the St. Louis River valley and Duluth from the newly accessible upper loops.

This was good news as the usage of the trail continued to ramp up. On January 6, the first DXC KidSki session took place at GANC. According to Kari Hedin, DXC president, there were 95 kids enrolled in the program and five adults taking part in a simultaneous ParentSki program. Volunteer coaches from the Proctor/Hermantown and Denfeld High Schools helped teach the younger children how to cross-country ski.

“It was a thrill to see the stadium full of kids today and see our first DXC family program in action,” said Hedin.

The program runs for six Sundays through February 10 and they still need volunteer coaches. Contact DXC at info@duluthxc.com if you’re able to help.

Ultimately, the new trail, the lights and snowmaking equipment all have to result in good groomed snow conditions. Spirit Mountain came out of the gate fast. Internet trail reports are filled with high praise.

“Another thing I’d add about GANC is the care they’re taking with managing snow condition and communicating between the snowmakers, maintenance crews and the groomers to provide top-notch skiing conditions at GANC. The main groomer, Erik Blow, has a real personal investment in setting high standards,” said Hedin. “Siiri Morse is also doing a great job as the GANC Nordic coordinator and helping us all manage programs and races at GANC.”

After many years of effort, the Grand Avenue Nordic Center is finally up and running. Not only that, but running well with an impressive start in just the first few weeks of operation. GANC is a vital new addition to Duluth’s cross-country skiing scene. 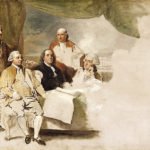 Quirks of the Minnesota-Ontario Boundary 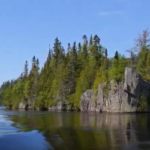