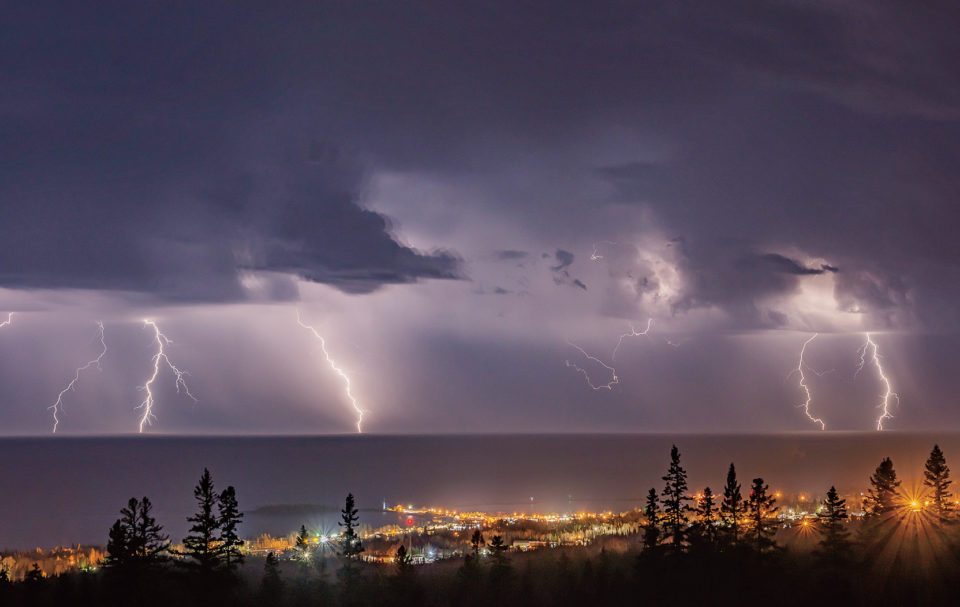 David Johnson is a self-taught photographer. He got his start at a young age by experimenting with “an old Brownie camera.” | DAVID JOHNSON

David R. Johnson can’t remember the last time that he slept past 5 a.m.

“As a photographer,” says Johnson, “I have to be ready to go at all times, ready to get that shot.”

“I’m always looking for new places for landscape photos,” continues Johnson. “For my wildlife photography, I have different routes that I try to run daily. I go out in the early morning, usually before daylight, to get to a ‘hot’ area at the right time. I don’t miss much.”

For Johnson, getting “that shot”—a term he uses to describe his best work—is all about patience and persistence. No matter the day, no matter the weather, Johnson spends his time out adventuring in the “back-country” with his eyes open, his mind focused, and his camera close.

Johnson is a professional photographer who has lived on the North Shore his entire life. Born in Duluth, Johnson moved to Grand Marais with his family at the age of 6 and has lived there ever since. He is a fourth generation Cook County resident, and has no plans to leave anytime soon.

“The North Shore is just home,” says Johnson. “It’s where my grandparents, aunts, uncles, siblings, and cousins all live. [Cook County] is where my family’s homestead is, and it’s where I am able to explore the vast Northwoods.”

Johnson is self-taught in photography, and got his start at a young age by experimenting with “an old Brownie camera.” Photography for Johnson started out as a hobby, but—after years of hard work and countless hours spent wandering around the woods—it has now “morphed” into a professional pursuit.

“I never figured to make a career out of photography,” says Johnson, “it just kind of morphed into one. One thing would lead into another, and now I don’t have a lot of spare time for much else.”

In 2016, Johnson won first place in the “humor/people” category of Lake Superior Magazines photo contest with his photograph “White Sky Rock Fall Sunrise,” and in 2020 his work was on display at the Johnson Heritage Post Art Gallery in an exhibition titled “Cook County Through My Eyes: Vol II.”

While most consider Johnson to be a nature photographer, his work is not limited to pictures taken during his time in what he describes as the “back-country.” His website is full of photographs that capture all aspects of life in Grand Marais; from rainbows to the northern lights above Elbow Lake, and from loons to lighthouses.

In addition to photos of birds, lynx, and the many wildlife encounters Johnson has accumulated over the years, he has a plethora of photographs in his galleries that were taken around town. There are shots of Drury Lane Books during a cold winter night, and photographs of passing ships in the Grand Marais Harbor. Under the category HDR on the featured page of his website, there is a striking photo taken of the Grand Marais State Bank on a crisp fall day. He even has a whole category devoted to the Fourth of July.

Johnson’s photos don’t just capture the natural beauty of the North Shore, they capture all of its beauty. His work provides viewers with a unique perspective of what life is like in a small-town on the shores of Lake Superior, the world’s largest freshwater lake.

That being said, Johnson tries to spend as much time as he can in the woods, and is perhaps best known for his wildlife and natural landscape photography. Johnson considers his experiences photographing the triplet moose calves, the white wolf pack, and bull moose battles during the rut to be among his most memorable moments as a photographer. That, and anytime he is fortunate enough to catch the Northern Lights dancing in the night sky, or a lightning strike during its brief flash in and out of existence.

When it comes to photographing wildlife, Johnson acknowledges that there is an element of luck involved in the process.

“[Getting] ‘that’ shot with wildlife,” says Johnson, “is mostly pure luck. You have to get out there and spend as much time looking as you can.”

“Wildlife photography is, in a lot of ways, a matter of being in the right place at the right time,” he continues. “One minute one way or another and you miss a shot—left only with tracks in the dirt or snow.”

For most of his career as a photographer, Johnson was empowered by his partner Tina and kept company by his trusted golden retriever, Gus. Today, however, Johnson explores the Northwoods alone, holding both Tina and Gus close to his heart in all that he does.

“I lost my partner of 20 years, Tina, last January,” says Johnson, “and it has been a tough time without her. She inspired me all the time and was a constant source of encouragement.”

“My dog Gus,” continues Johnson, “went to the ‘happy hunting ground’ a couple of years ago, it’s been pretty lonely in the truck without him.”

Despite the adversity of having lost two of his best friends in life, Johnson continues to venture out on a near daily basis in search of his next great shot.

Scrolling down Johnson’s Facebook page is like flipping through a real-time flipbook of life on the North Shore. He typically posts his best shots from his explorations a couple of times a week, giving the viewer a sense of what’s happening on the North Shore and a unique glimpse into life as David R. Johnson sees it.

Johnson’s work reflects what he finds important, whether that be a female white-winged Scoter in the Grand Marais Harbor or a particularly noteworthy sunset over the Sawtooth Mountains. His work reflects the places that, together, make up his home.

All of Johnson’s work can be found on his website (davidrjohnson.zenfolio.com), where it is organized into categories such as Ice, Frost Landscapes and Night. There is a helpful video on ordering prints directly from his website under the Gallery page, and he is happy to work with people if they are looking for something specific. His 2023 calendar is also available on Etsy under the name DavidRJohnsonPhotos. 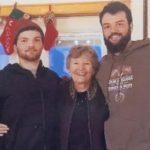 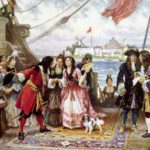