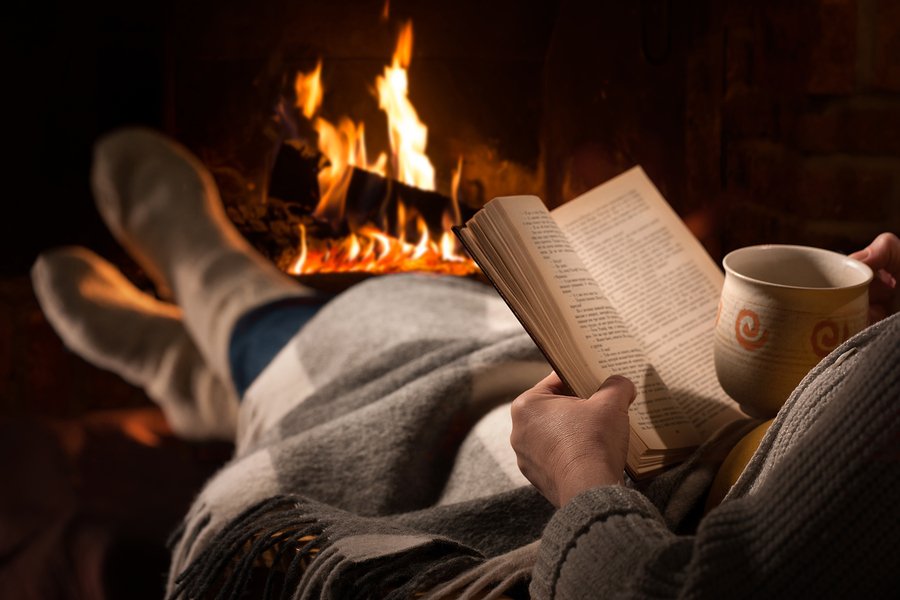 The temperature is quickly dropping and snow will be here soon, so grab a cup of hot chocolate and curl up with a good book. Here are a few suggestions from our Northern Wilds staff for a good read this winter.

The Gift of Years: Growing Older Gracefully
By Joan Chittister
This is a wonderfully encouraging book by an internationally respected speaker and author with a keen prophetic voice for our time. The book’s many brief chapters are filled with candid observations and insights offering a fresh look at the possibilities of life for those of us in our sixties and beyond. I highly recommend this book for personal reflection, and it would also be a fruitful springboard for group discussion.—Joyce Fergus-Moore

Know My Name
By Chanel Miller
I read Know My Name by Chanel Miller for the first time this summer. The book is nonfiction and is beautifully written. Like many others, in 2016 I read Miller’s original Emily Doe statement on buzzfeed.com to her attacker, Brock Turner. This was before anyone knew her real name. Yes, Miller is the victim in the Stanford sexual assault case that involved the swimmer. This book continues the same raw and thought-provoking societal commentary that the statement held. Miller is so much more than a victim. This book is empowering, sad and wonderful.—Shelby Lonne-Rogentine

Locked In Ice
By Peter Lourie
If the upcoming winter has you dreaming of skiing to the North Pole, like I am, then Locked in Ice is for you. Peter Lourie’s 2019 biography is about Fridtjof Nansen, a Norwegian explorer who spent three years straight sailing and skiing to the pole and back to Norway. Although Nansen turned around 232 nautical miles from the pole, Locked in Ice will still feed your drive to make your own backcountry explorations this winter. The book is marketed for “young readers,” but adults will get plenty of adventure and survival inspiration, too.—Chris Pascone

Bury Your Dead: A Chief Gamache Mystery
By Louise Penny
Louise Penny—who years ago was a radio host with CBC-CBQ in Thunder Bay and taught writing at the local college—is today one of the leading crime mystery authors in North America. Her latest novel, State of Terror, was just launched in October 2021, a collaboration with Hillary Rodham Clinton. I got hooked on her novels by reading Bury Your Dead, the sixth in the best-selling Chief Inspector Armand Gamache series (17 to date). Set in Quebec, the book has multi-story lines with intricate plots covering police stakeouts, a rescue gone wrong and murder to mysteries surrounding explorer Samuel Champlain’s gravesite.—Elle Andra-Warner

North of Highway 8
By Dan Woll
Depending on where you live in Wisconsin, Highway 8 is sometimes known as the southern border of the Wisconsin “wilderness.” Once you get north of Highway 8, you get to enjoy dirt roads, crystal clear waters, and a world that’s just made for adventure.

Woll’s book is a collection of stories that deal with the incessant pull of the outdoors. Wisconsin is a major player, but Woll also takes detours to describe his camping and climbing trips elsewhere. It’s amazing how spending a few years living in the rugged terrain and seasons of Wisconsin can prepare you for the challenges you’ll meet anywhere in the world.

Woll’s book contains both wisdom and humor. He’s an excellent storyteller, and North of Highway 8 is a great read for anyone with any connection to Wisconsin.—Walter Rhein

The Haunting of Hill House
By Shirley Jackson
This book is old, but it is so good. I took a gothic literature class in college and was a little unsure of what I signed up for. We read this book and I was hooked. Author Shirley Jackson tells a compelling haunted house story that explores themes of family, belonging and fear. Don’t watch the Netflix show and think you have the same story—it’s so different. If you like a good old-fashioned spooky story, this is the book for you.—Shelby Lonne-Rogentine

In the Woods
By Tana French
Small towns in Ireland, detective backstories, and can’t-put-down writing are elements of every Tana French book. The first in the Dublin Murder Squad series, In the Woods is about a detective covering a case that has a few too many similarities to his past. It is creepy, but the plot is so well thought out that I never knew what was going to happen next. I read this book about four years ago and I have continued to read French’s writing ever since.—Shelby Lonne-Rogentine

The River Why
By David James Duncan
In the opening chapters of The River Why, the book’s protagonist, Gus, recounts the confrontation between his aristocratic, fly-fishing father and his worm-plunking mother that resulted in their meeting and his existence. A few pages in, and I was hooked. Gus is a fishing prodigy who has the uncanny ability to think like a fish. As a young man, Gus retreats to a river-side cabin in Oregon to fish and discover the meaning of his existence. This novel is a keeper, and one I will read time and again.—Chuck Viren

The Sea
By Piret Raud
The Sea is a whimsical, imaginative children’s story written in a fun, humorous style. The Sea reads a bedtime story every night to her sea family that includes fish, star fish, turtles and ducks. She loves them all but needs quiet time for herself, so she takes a break. While she’s gone, the sea animals enjoy a boisterous time. But by day’s end, they miss the Sea and especially their bedtime story. They cry so many tears that the Sea returns. All ends well—the Sea teaches them to read so they can always enjoy books even if she takes a time-out.—Elle Andra-Warner

The River of Doubt: Theodore Roosevelt’s Darkest Journey
By Candice Millard
Are you a fan of history? Me neither. For those of us who got their fill learning about the past prior to high school graduation, I promise you should give this book a read. Full of early 1900s drama but written in 21st century language, this 416-page adventure narrative will inspire you to hop off your couch and find some uncharted territory. After losing the bid for the presidency in 1912, Theodore Roosevelt does what any respectable person would: he almost gets himself killed on a first descent of an unmapped tributary of the Amazon. Toss in starvation, Indian attack, disease, drowning, and a murder and you’ve got a nonfiction tale that makes even your craziest Boundary Waters trip seem extremely vanilla in comparison. At least you didn’t lose your canoe in whitewater rapids.—Casey Fitchett

The Gordon MacQuarrie Sporting Treasury
By Gordon MacQuarrie
(Compiled by Zack Taylor)
Gordon MacQuarrie was born in Superior, Wisc. in 1900. He grew up in a time when hunting and fishing were mainstream, but the way he penned his fishing and hunting stories was anything but. This book is a collection of MacQuarrie’s short stories, many of which appeared in the major outdoor magazines of his day. MacQuarrie had a gift for character description, realizing that the people in his stories were every bit as important as the outcome of his trips afield. Through his yarns, MacQuarrie described many trout stream treks and duck blind sits accompanied by his father-in-law and mentor, the president of the Old Duck Hunters Association, Inc. (which stands for incorrigible). Although it’s been more than a half-century since his passing, MacQurrie’s tales are as alive and relevant now as ever. Curl up beside a fire and let MacQuarrie take you along on his adventures. You’ll feel like you’re part of the crew as you read these stories again and again.—Joe Shead 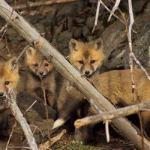 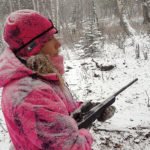