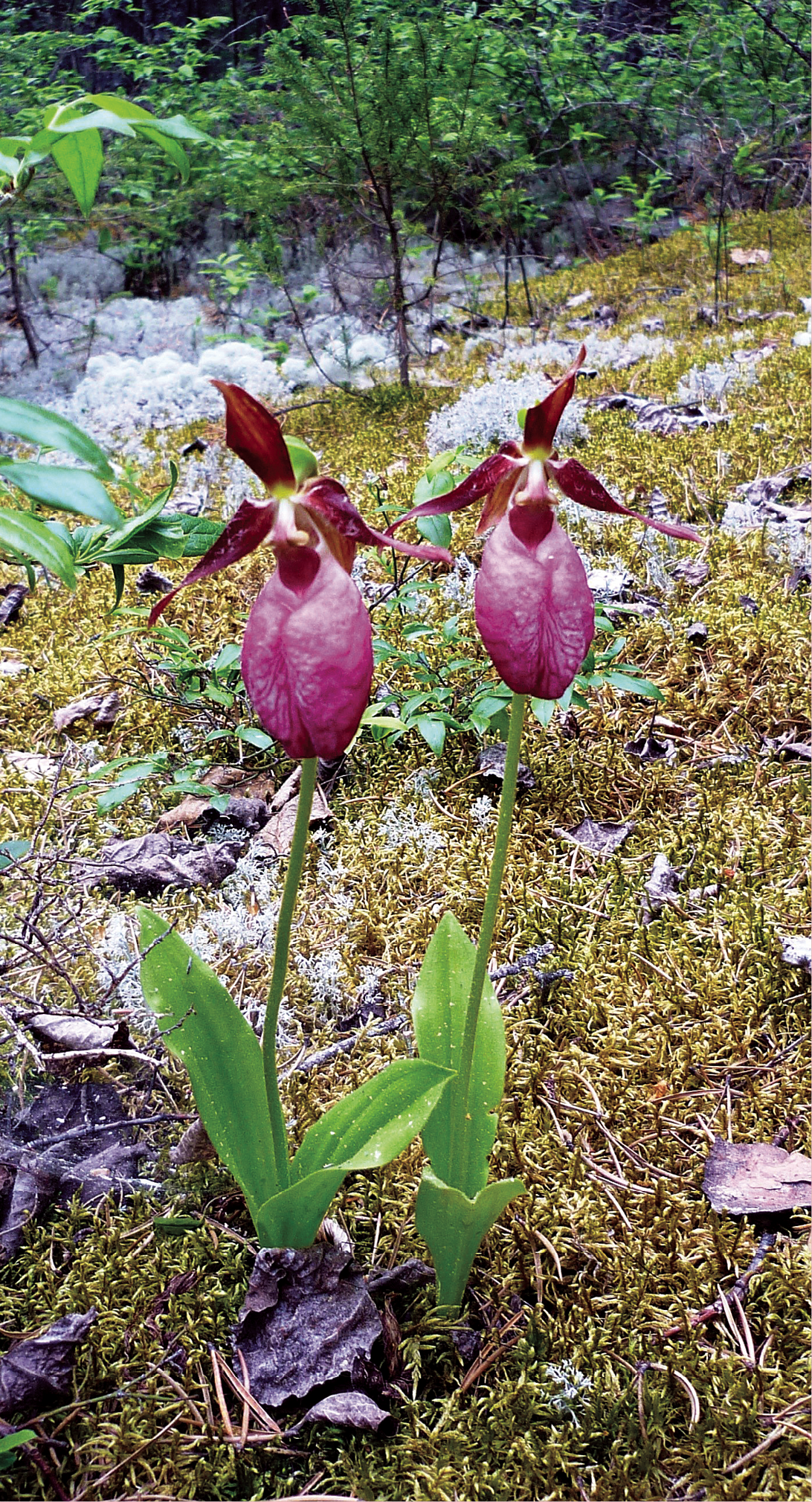 A Lady’s Slipper in bloom is a lovely sight. | Tim McKillop

Those of us lucky enough to live in the Northern Wilds know the magnificence of this land. We have the largest, deepest and most pristine of the Great Lakes with a basin that is home to no less than 58 species of orchid. Yes, orchids. The mere mention of the name conjures up images of delicate flowers in a distant equatorial jungle. In the world of botany, orchids are considered the crown jewel, and we are second only to Florida in terms of Native North American species.

Orchidaceae is the largest family of flowering plants in the world found on every continent except Antarctica. There is tremendous diversity among the species, with some individuals having the tiniest of flowers while others bloom in complex elaborate displays. They are characterized as having three sepals and three showy petal flowers with the middle flower forming a lip. Most orchids are pollinated by insects such as bees, flies and mosquitoes, and depend on symbiotic relationships with soil fungi for nutrients.

In our area, orchid chasers should be prepared to get wet. Orchids characteristically grow in floating peat bogs, fens, swamps and marshes as well as other low lying wet areas. Take heart though because there are a few species that live on drier grounds that are near at hand.

The Pink Lady’s Slipper, Cypripedium acauleis, one of our earliest flowering orchids, appears from late May to mid-June. With a bright solitary pink flower it is easily seen growing as an individual or in groups of up to 10 among other plants such as twin flower, wintergreen and Canada lily in mature forests of red, white or jack pine. Two large leaves grow from the bottom of an elongated hairy stalk with a sac that can vary in color from light- to dark-pink from year to year. Occasionally, you may find an all-white version of the flower known as Cypripedium acaule forma albiflorum.

Northern Coralroot, Corallorhiza trifida, is identified by the white color on its three lobed lip which sits atop a smooth, leafless greenish-yellow stalk. It has a paler tubular sheath around the lower parts of the stalk. Growing in clusters of up to 30, it is found on cool shady soils under conifers or mixed forests of birch and poplar in early to mid-June. Bright yellow, drooping, fat seed pods in the late summer are more conspicuous than the earlier flowers.

The stunning, brightly colored Dragon’s Mouth Orchid, Arethusa bulbosa, makes a brief appearance in early to mid-June in fens fed by cool, clear, running water. Although common in some years, it can be completely absent the next year. A short orchid of only 4 to 8 inches is adorned by a single pink flower with a showy lower lip of magenta streaks and white and yellow fringed crests.

This story was originally published in the June 2014 issue of Northern Wilds magazine. 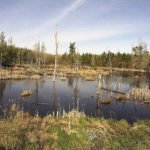 Find Your Own Bait 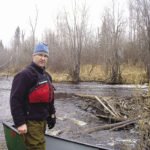