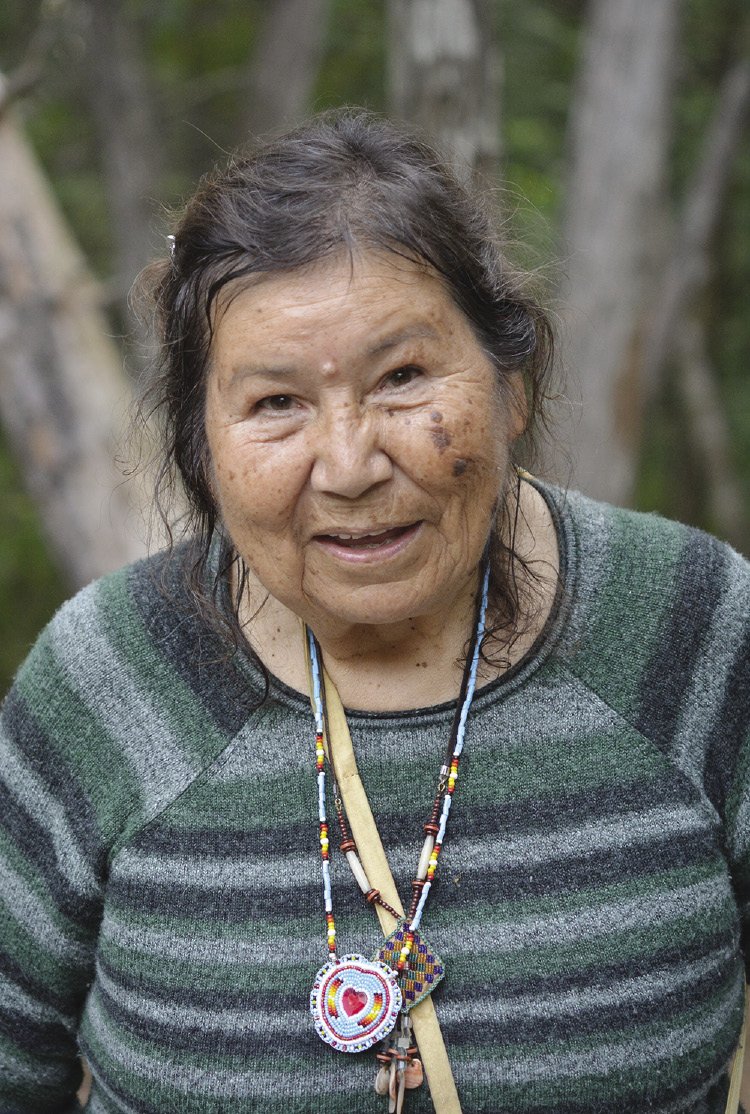 Josephine Mandamin, a First Nation water walker from Canada, was a long-term visionary who died in February 2019. | LINDA ROY

It is important to look back at some Elders that have left us a legacy of North Country beauty. As Sigurd Olson once told me, “We would not have the canoe country that we are fighting for if not for all the battles and victories in the past.”

The North Country is a breeding grounds for adventurers like Will Steger, Lonnie Dupre, Ann Bancroft and Paul Schurke; it is an inspiration for writers like Sigurd Olson, Helen Hoover, Douglas Wood and Calvin Rutstrum; and a palette of artistic expression for people like Les Blacklock, Craig Blacklock, Ellen Van Laar and George Morrison. Each of these people have contributed to our contemplation and knowledge, but there is another set of people who deserve our reflection—those warriors who have stood up to development, taken criticism, and were willing to be on the front line because they knew it was important. I can only select three for this story so I hope you will join me in celebrating Josephine Mandamin, Willard Munger and Bud Heinselman as three of many who deserve a second look.

Josephine Mandamin, a First Nation water walker from Canada, was a long-term visionary who died in February 2019.

She and her Mother Earth Water Walkers went around the perimeter of Lake Superior and then went on to walk around the other Great Lakes. Starting in 2003, Josephine covered more than 17,000 miles. She is from the Wikwemikong First Nation on Manitoulin Island and Thunder Bay became her headquarters for her walks and the efforts to address water pollution. Kate Crowley and I met with Josephine on Thunder Mountain next to Thunder Bay during our walk around Lake Superior. It was a dark night with the lights of Thunder Bay flowing from the base of the mountain to the shores of the lake. Beyond that was the Sleeping Giant, Naniboujou.

In our book, Going Full Circle, Kate describes our meeting—“She wore a fleece jacket and a long skirt. Her long gray hair was clipped up behind her head. We stood at the back of her truck talking about the walk that she had done. She, along with others, had carried a bucket of water traveling on the roads around Lake Superior. She described how the calluses grew on her hands. Then we shared stories from both our walks.

“She was a fascinating person whose gentle aura masked her determination and dedication. Born on Manitoulin Island in Lake Huron, she has lived in the Thunder Bay area since the 1970s. She has always lived by the water, is a member of the Fish Clan and was born under the sign of Pisces. She has had dreams of swimming with fish and snakes and in her dreams she can breathe underwater. She seems well suited to call attention to water concerns.”

Before we departed Josephine said, “People seem to be sleeping, not paying attention to what is around them. The water is always flowing, it never goes backward.”

Today her legacy is in the continuation of the Water Walkers movement in waters around the world. And the big picture is that lakes and rivers, both great and small are essential to the life of the planet and everything on it, but our government and the indifference of people who do not think about where their water comes from threaten the future. We all need to be water walkers in our homes and wherever we live.

Bud Heinselman was a surprise to me. I met him when he was primarily known as a researcher who had spent years wandering the canoe country with his increment bore. With this instrument used for looking at tree rings he probably got to more remote locations in the Boundary Waters and Superior National Forest than any other person. Counting rings, matching growth patterns and finding fire evidence he deduced the history of fire in the ecology of the border region forests and mapped a pattern of fire history that demonstrated fire was actually the ecological force that created the mosaic of forest types and ages that make the canoe country such a fascinating and inspiring mix of forest and lakes.

My first impressions were of a man who seemed unassuming and perhaps a little nerdish. He had a tremendous ability to understand forest ecology but did not look like a natural leader of an effort that would put the canoe country into wilderness protection and preserve these historic ecological patterns. That is, until he spoke, and let his passion come forth.

As Kevin Proescholt, former director of the Friends of the Boundary Waters stated, “Bud combined the analytical mind of a scientist with the passion of an activist. He was also very transparent and without guile. Important people in the Boundary Waters story recognized this nature in Bud—Federal Judge Miles Lord, Rep’s Phil Burton and Don Fraser—and implicitly trusted Bud because they knew he was only interested in protecting the Boundary Waters.”

Miron Lee “Bud” Heinselman was born on February 7, 1920 in Duluth, Minnesota. After serving two years in the U.S. Army during World War II he returned to the University of Minnesota to obtain a Bachelor of Science in Forestry in 1948, and a master’s degree in forestry in 1951. In 1961 he received his Ph. D. degree from the University of Minnesota. And then, if you can imagine, he sought every virgin stand of forest in canoe country, mapped it, aged it, determined its relationship to local fires and put it together in an amazing detailed map of the region.

Ultimately his final major contribution came when he challenged the hierarchy of the Forest Service and became an advocate for the landmark 1978 BWCAW Act. It was during this time that I saw the warrior in Bud, the determination and resolve necessary to complete the wilderness designation for the greatest canoe country in the U.S. I was in D.C. with him and I met with him daily as we shared insights and strategy. There was no one more determined than Bud. He took an early retirement from the Forest Service in 1974 in order to become more involved in efforts to save the BWCAW without having to answer to his boss.

And this was not a part time commitment; when you got to know Bud, you found that he was that proverbial bulldog, the one that grabs hold and won’t let go. The strategy sessions in Bud’s apartment in D.C. were truly thorough daily assessments of what was said, how people were met, where the opposition was and what to do next. Bud did not want to live in D.C., but he knew that was where the fate of the northern Minnesota’s Boundary Lakes would be decided.

Willard Munger is not the person you would picture as a political powerbroker. He was a gas station owner by the Duluth Zoo and then a motel owner in the same area of Duluth. He seemed more likely to be in Garrison Keillor’s Lake Wobegon than in the St. Paul land of wheeling and dealing politicians. He was content where he was and focused on what he could do and what needed to be done. By the end of his career, he had been the longest tenured representative in state history (since passed by two others.)

John Helland, long a part of the Capital scene, in the critical arena of drafting bills and doing research, worked with many legislators in the house and recalled Willard—“It was interesting. Initially, he seemed a little overwhelmed by being the Environment Chair but settled into the role and later ran the committee with an iron and fair hand. He was totally committed to the environmental cause and would never trade a position for something else he may have wanted.”

Willard was a man of integrity and I suffered my greatest embarrassment in the Kelly Hotel when I was walking with my legislator at that time—Representative Doug Carlson—and we met Willard. Carlson was caustic and immediately lashed out at Willard with something so inappropriate I cannot remember it now. Willard did not rise to the bait; he was calm and Carlson moved on, as did I. I could not even make a comment, I was so taken aback, but my image of Willard as a person who had the strength of character to let Carlson’s baiting just wash off and fade away made Willard the stronger by far.

Don Arnosti, environmental consultant, worked closely with him during Willard’s last decade in the office.

“I learned how to handle bullies by how Willard handled them,” said Arnosti. In the 1990s there was a push to eliminate the wetland laws or at least to weaken it. Willard was holding up the bill in the committee until a deal could be struck in the Senate and when an agreement was reached at night the committee met at 8 a.m., it took two minutes to pass; but Irv Anderson had made a number of changes from what the Senate had agreed to. Arnosti was in the hall reading the bill and saw the changes—which led to a shouting match with Anderson—Arnosti then met with Willard and let him know what happened. “Willard charged like a bull and called Irv out.” Two bull moose; Willard 85, Anderson 73, and the result was that Willard won out because he stood up to Anderson and would not compromise his principals. “That is the only thing bullies respect.”

Arnosti reflected, “Willard told me that he was raised on a farm and listened to the frogs and nature. He was ahead of his time, pushing recycling in the 1950s, long before it became a standard.” Willard was always a leader, “When the deformed frogs were discovered he told the story of the frogs singing and the silence now.”

Like another Silent Spring, Willard tried to wake us up. 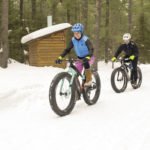 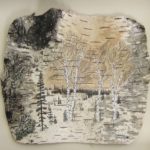