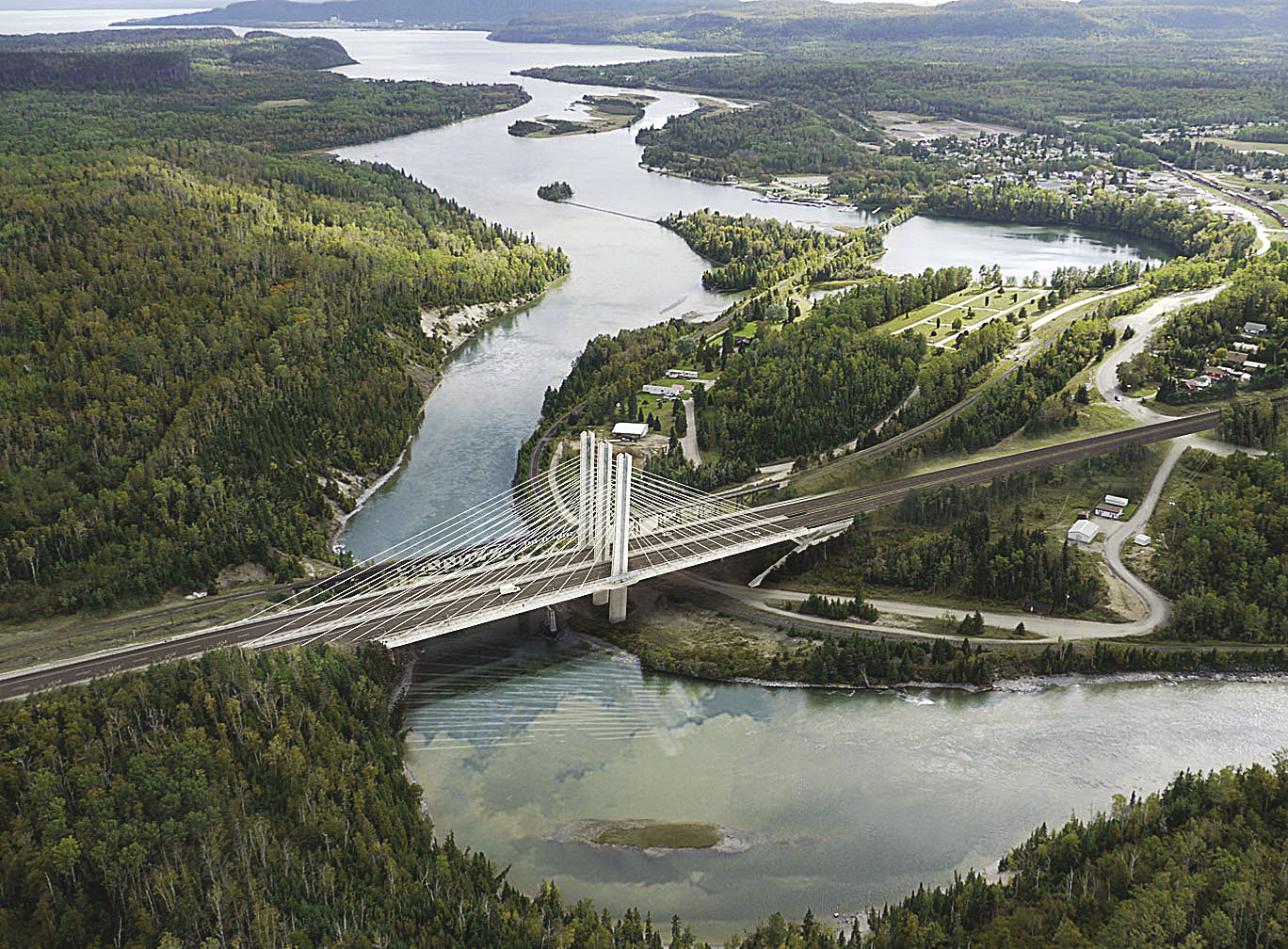 Architectural rendering of the finished bridge, expected in 2017

NIPIGON—The construction of a new four-lane cable-stayed bridge over the Nipigon River, which began in the summer of 2013, is at an exciting phase. According to Annemarie Piscopo, the Communications Coordinator with the Ontario Ministry of Transportation, Northwestern Region, the foundations and tower components for the westbound lanes are finished.

“Through the spring and summer of 2015 we will see the contractor erecting the structural steel cables and concrete deck components for the westbound lanes, with a planned opening of these two lanes to traffic by the end of 2015. For the remaining two years of this project, we will see the removal of the existing bridge and construction of the new eastbound lanes,” Piscopo said.

The cable-stayed bridge will be a first in the province of Ontario. Environmentally friendly in overall design, it will be 252 meters long with towers rising 70 meters above the river. The bridge will also be the starting point for a four-lane highway between Nipigon and Thunder Bay.

The pedestrian walkway will offer a spectacular view of the Nipigon River gorge and surrounding area. In the evening the architecture will become even more enchanting with its blue lighting. It was designed by McCormick Rankin and Buckland-Taylor.The general contractor is Bot Ferrovial Nipigon Joint Venture.

The first bridge over the Nipigon River for automobiles was built during the Great Depression of the 1930s. The river currents and railway tracks made its completion challenging.

The labourers were paid 30 cents an hour, and Lorne W. Oliver, author of “The Nipigon Bridge of ’37” described the making of the steel coffer dams as dangerous. The men had ropes tied to their waists, “while the steam-driven pile driver hammered away driving the piling into the river bed,” Oliver said. The bridge’s steel truss, lattice and plate girder and concrete structure was 229.3 meters long and 25 meters above the rushing water.

On September 24, 1937, a film crew from the United States recorded its grand opening. The film was shown throughout North America and celebrated the important link the bridge would play in uniting the western and eastern shores of Canada. An elderly couple from Nipigon who ran a boarding house were two of the first to cross over the impressive bridge in their Chevy touring automobile. Lorne W. Oliver went along for the ride. He found the ribbon-cutting ceremony more impressive than the drive to Rossport. The gravel road, “left a lot to be desired,” Oliver said.

It was not until 1962 that the Trans-Canada highway was officially opened across the country.

The second bridge was built alongside the first one, and was completed in 1974. It was 248 meters long, and approximately 25 meters above the river. Unlike the first structure, it had a section for pedestrians. And unlike the one presently under construction, its supports could not be seen from above. Ray Krisciunas, an engineer with the Ministry of Transportation, explained that with a cable-stayed bridge, people can see how it’s being held together. 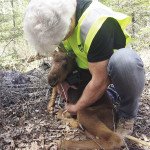 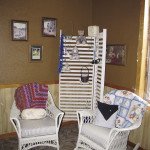