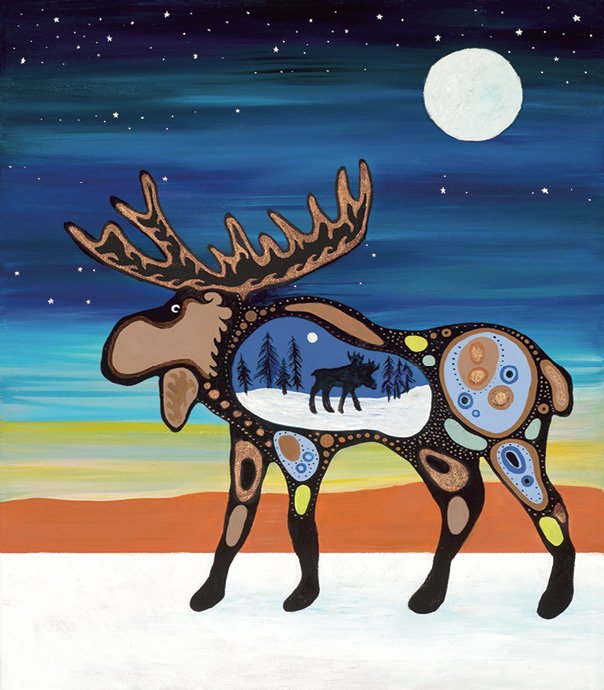 My Nimishoomis (Grandfather) was a wonderful storyteller. I spent a summer with him before high school and he would tell me different stories about growing up in Gitchi Onigaming (Grand Portage) and Gitchi Bitobig (Grand Marais). I remember sitting with him in his small kitchen eating lunch that he had made for us while he talked about moos (moose) hunting, running snare lines, and about our family’s history. After he would finish his stories, I would take off to go explore around Two Harbors with my new friend (who later on became my brother, but that is a different story) who lived across the street.

After I went away to college on the East Coast, I would come home two to three times a year to visit my Nimishoomis. Even when he was in his 90’s, he would recall memories of biboon (winter) storms, moos hunting (even telling me how he tripped a moos once), and how cheap gasoline was in his youth.

I completed this piece on what would have been my Nimishoomis (Grandfather’s) 103rd birthday to honor him and his moos hunting stories. There are 103 stars in this piece to commemorate his birthday. I recently just completed a new painting with 104 stars and plan to make this an annual tradition on his birthday as a way to celebrate his life and love of family. 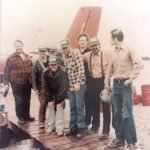 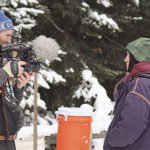 When he isn't working as a Special Education Director in Duluth, raising his two cats, or in his studio painting, Sam Zimmerman is outside hiking, fishing, or sketching along the shores of Gitchi Gami. He is currently working on his first book of paintings with stories in English and Ojibwemowin.