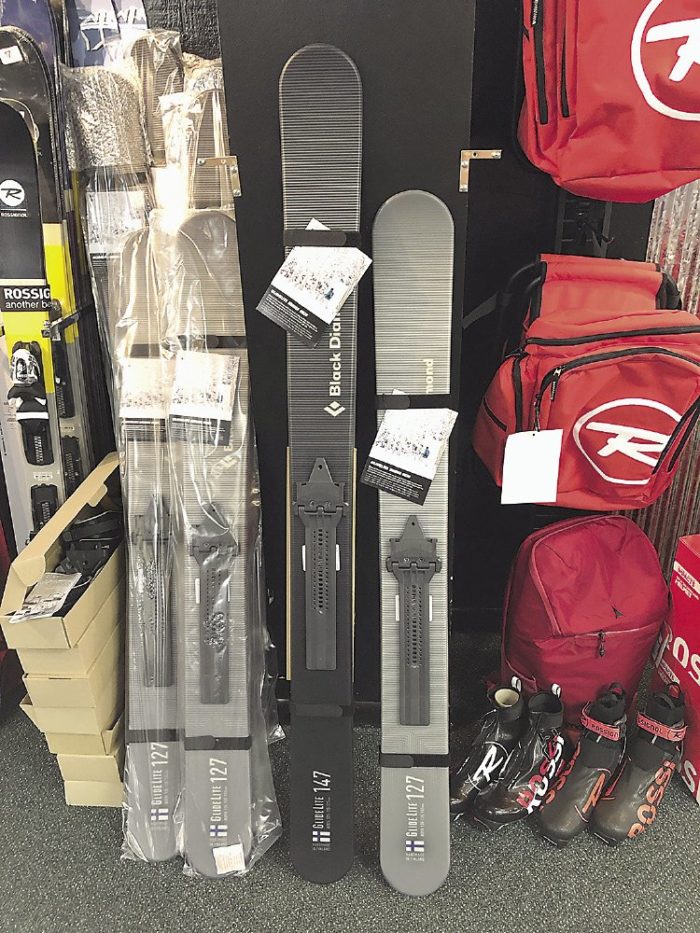 Winter approaches and all good outdoor fun-hounds inventory their gear and think: What’s new and different? Some local retailers share some fresh equipment here that may excite winter enthusiasts.

Mick Dodds, Nordic department manager at Ski Hut in Duluth, highlighted Fischer Twin skin skis for cross-country skiing in the classic technique. “Skins” draw their name from sealskins that were used long ago on the base of skis. Modern skins are made from nylon or mohair. They help skiers go uphill without sliding back and are called climbing skins. These Fischer classic technique skis have skins that are built into the kick zone of the base. They include a Teflon coating designed to reduce moisture build-up that can result in icing. The skins provide kick in classic skiing instead of a kick wax. Dodds said they have skin skis from the entry level of $150 up to $600. Skiers of all skill levels can appreciate the convenience of not waxing the kick zone. Unlike waxless skis that get kick via an altered base with a “fish scale” pattern, Dodds said that skin skis have the “best grip and glide. So good.”

Across town, Nikolai Anikin, part owner of Continental Ski & Bike, had the same good things to say about the Rossignol skin skis in his store.

“They’re like a fish scale but better glide and almost as good as a waxable ski,” said Anikin.

But both retailers said that these modern skins are not completely “care free.” Anikin said there are “products to keep the skins from getting waterlogged or iced up.”

Dodds said, “You’ll still have a day where it won’t work, maybe like fresh snow on a groomed track. It’s not a solution to everything.”

If you’re looking for better kick and glide than you get from fish scale waxless skis, but you don’t want kick wax hassles, check out some skins.

Felicia Lynn, buyer and alpine wizard for Continental Ski & Bike, showed off the Black Diamond GlideLite Snow Trekkers. This piece of equipment combines the best qualities of snowshoes and skis. Lynn said they’d be great for skiing up a riverbed and for ice fishermen.

“You can wear any shoe or boot,” Lynn said. “You have a free heel with a binding that’s similar to a snowboard binding.”

These wide boards (with skins in the base) may be just the tools to regain the adventurous bushwhacking spirit.

Speaking of adventure, David Neustel, Ski Hut Manager, pointed out the new Shift Alpine Touring Ski Bindings by Salomon. This invention allows a skier to “skin uphill” using a “pinned” tech-toe boot and a free heel. With the flip of a switch in the toe piece of the binding you can ski downhill with a binding like a conventional alpine binding. Salomon says that it’s a “viable choice for those who want to ski lift-served terrain and true backcountry on a single setup.” For those of you who “earn your turns” by skiing uphill first, this may be worth a look.

Neustel then showed a feature by Marker called the Gripwalk. This product gives Alpine boots a sticky rubber sole with rocker. We’ve all seen people at the downhill ski area walking around like Frankenstein and slipping on the hard, flat plastic soles. This is so simple it’s hard to believe it’s a new thing. Neustel said you could buy boots with this as a stock feature or add the Gripwalk as an aftermarket purchase.

Pat Davison of Trailfitters in Duluth also suggested a piece of gear for walking. The Salomon X Ultra Mid 2 Spikes GTX (you can walk a long way while saying the name) is a hiking boot that has carbide spikes in the sole to add traction to the grippy rubber base.

“Like many of us know, the trails in Duluth can be treacherous throughout different times in the winter,” Davison said. “While this boot is designed for tackling winter hiking, we think it also fits casual wearers who will be walking the dog or for exercise.”

You may be familiar with metal cleats that strap onto regular boots or shoes, but this rugged boot has that feature built right in.

So, dream big, you active outdoor people. You may find that one of these new items (or something else that catches your eye at your local shop) is just the swag you need. Get out there and play in the snow. 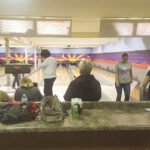 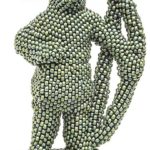