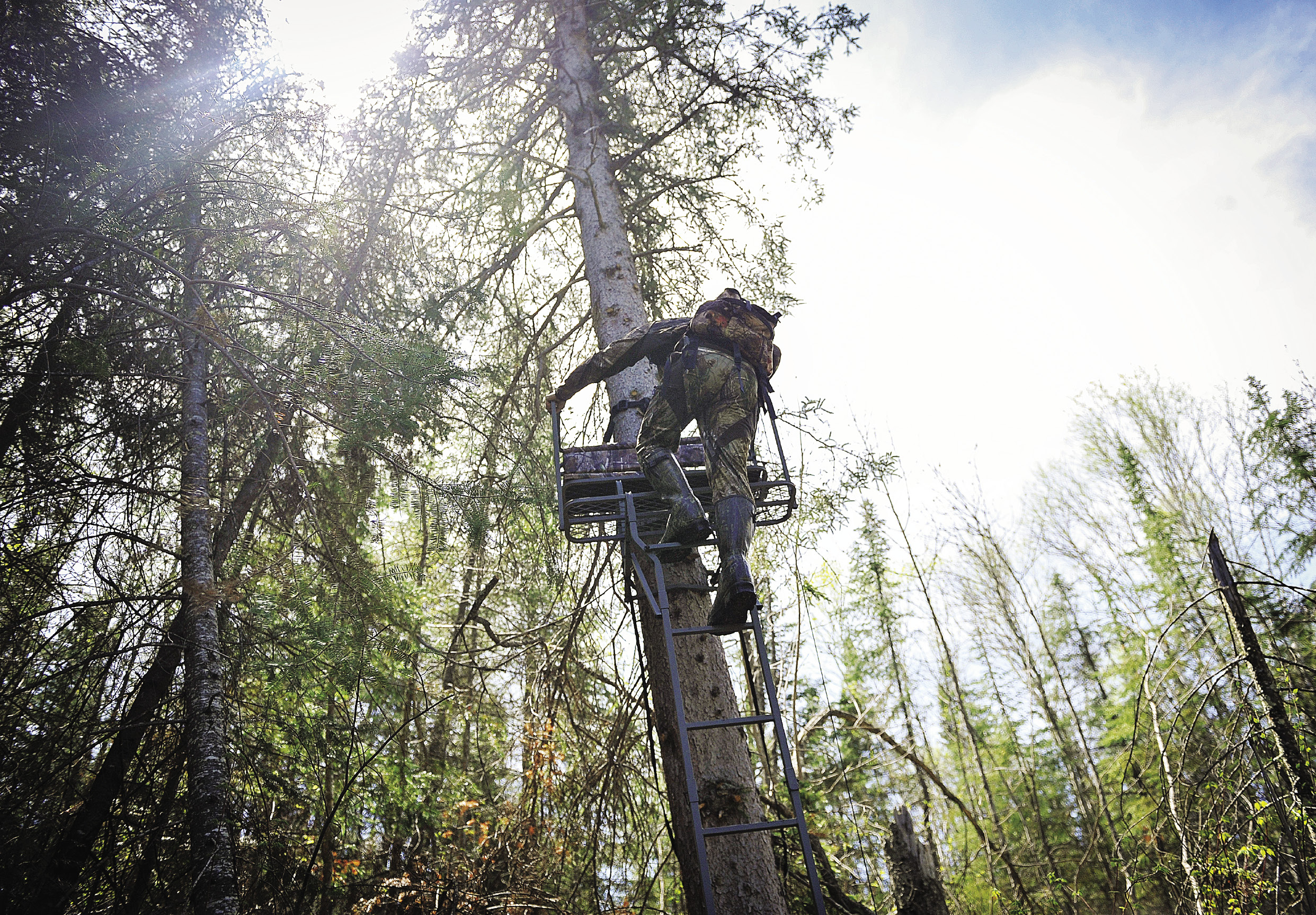 I’m not sure if our forefathers hunted from trees, but I expect if they did, it was for short periods of time. Sitting on a large branch in a swaying tree would get old very quickly, and I doubt primitive man had any camo-coloured cushions to keep their bums comfy. So recently, as I was sitting in a treestand for the first hunt of the season, I started to wonder what drove me to sit there. I’ve hunted for nearly 40 years, but have only been a regular in trees for the past decade or so. Perhaps this is because my early forays into the trees were a bit scary.

One of my earliest treestand memories is from the late 1980s. A friend had placed a portable stand in a large spruce tree and actually managed to kill a big buck from it. I was very impressed and told him so.

So one afternoon, I drove out to his hotspot and followed his drag marks to the stand. The tree was enormous, one of those black spruce that tower above all the others. At first, there was no sign of the stand. I wondered if perhaps it had been stolen. Then, high in the top, I could see the seat. It looked to be just below the clouds. Now let me say right off there was not one thing safe about any of this, and I would never, ever, do what I did 30 years ago. It was well over 25 feet up, but I climbed that tree, gun over shoulder and finally reached the stand. It seemed very precarious. I sat there for about an hour, but a mild fear of heights coupled with a natural urge for survival got me out and back on the ground before fate could step in. It was quite a view though.

Later tree stand excursions were done at heights that were a bit more manageable, and with the proper safety. One of the realities of sitting in a tree stand for long periods of time is that you will get sleepy. This happens to just about everyone. You don’t want to fall asleep and drop 16 feet, so you need to tie yourself in. There are all manner of safety straps that allow you to be secure, and they can save your life. Even with this precaution, you can still fall from a stand. Big muddy boots, small ladders (or no ladders) and darkness can make getting in and out of even the most secure stand dangerous. You need to take your time and be very careful.

It’s also important to be properly dressed for a tree stand. You will get cold up there, as the wind, rain and snow will seem about ten times worse when you are sitting in the branches of a spruce tree. In November, dress like you are going ice fishing in January. It can be that cold. I once sat in a stand during a wet snow and when I went to leave, I was practically frozen in my seat. Not a good feeling. You might want to stay on the ground in really wet snow or rain. Cold extremities are par for the course in a tree stand. A set of hand warmers or a hand “muff” can help keep your hands warm. I’m the recent owner of some electric boot insoles and look forward to trying them this fall. Getting hypothermia in a tree stand is a real possibility if you are not prepared.

One of the pluses of a tree stand is the bird’s eye view of the forest and hunting area. You can see game sneaking in a lot sooner than you would if you were on the ground. Deer, moose and bear don’t naturally expect danger from above. They are used to predators being on the ground and they watch for movement at eye level. However, if you fidget, or are noisy and get busted in a tree, you can be sure the animal in question will start to look up. I once had a black bear amble out of the woods, walk directly under my tree stand and then look directly at me. Now I’ve always been told that bears can’t see that well, yet this big bear seemed to know exactly where I was. Not a good feeling. He did finally amble off, without affording this rattled hunter a shot.

If you hunt from a tree stand for long enough, you will have some close encounters of the bird kind. This is one of the more enjoyable sidelines of the tree stand experience. Whiskey jacks, white-throated sparrows and blue jays will come to visit. Squirrels as well. You can choose not to acknowledge them, but they will come in anyway. My most memorable visitor was a great grey owl that nearly landed on my head. Only a fairly rapid head bob kept the owls claws from using my scalp as a perch. It chose nearby snag instead and seemed unfazed that its original choice of a lookout had moved.

While I’m obviously a bit torn about tree stands, there is no arguing the effectiveness of them. Countless deer, bear and moose are taken from them every year and the popularity of this technique is only growing. So, despite the drawbacks, discomforts and exposure to elements it brings, I’m sure I’ll be back in a tree this fall. 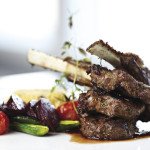 Fine Dining Along the Shore 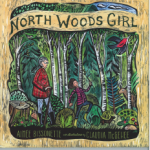