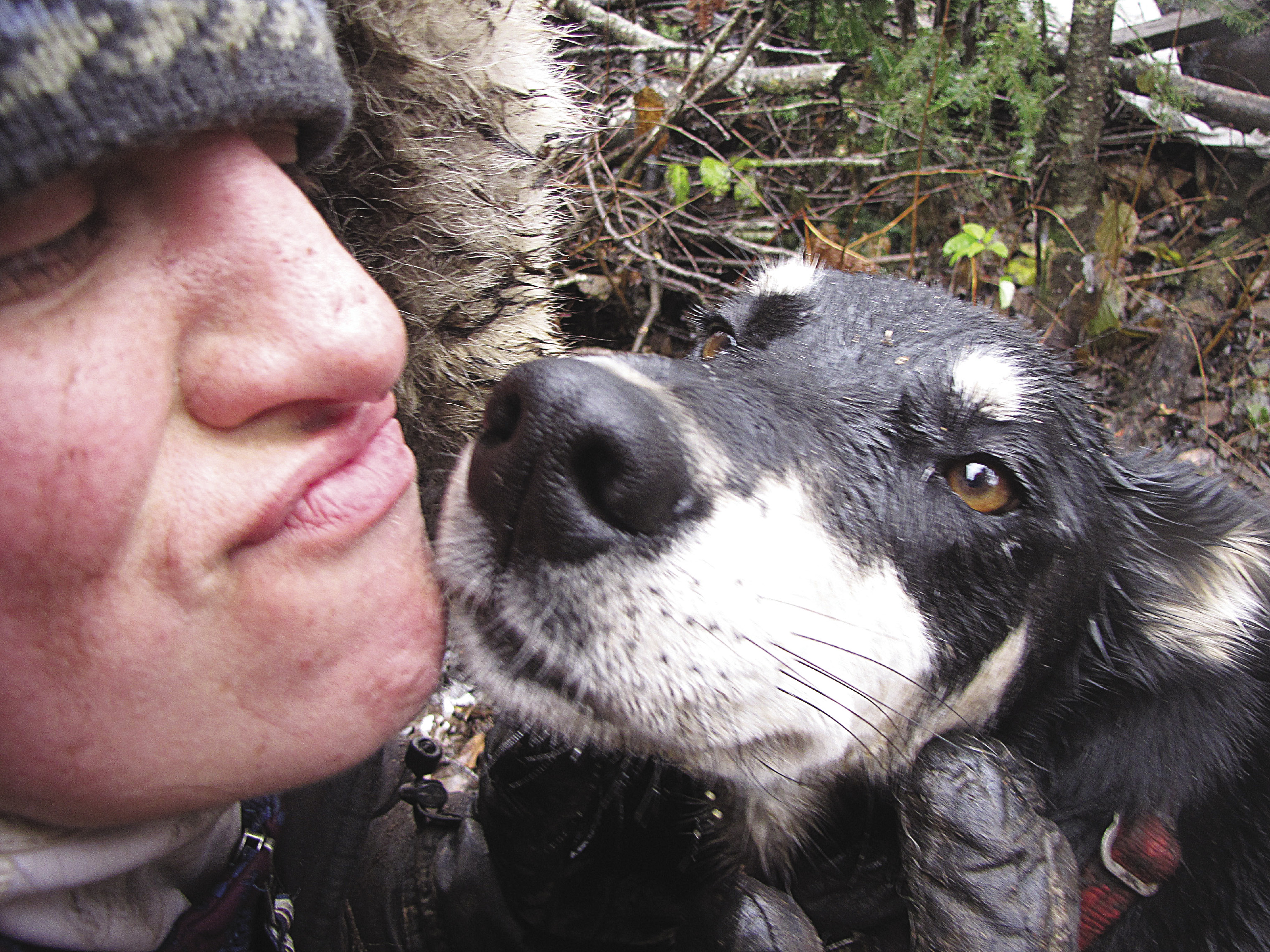 Erin and Beezus share a moment after Beezus led the team through the pond.|MATTHEW SCHMIDT

Last year at this time, I vividly recall freezing my extremities in frigid November weather. We had enough snow on the ground to provide a little cushion on the dogs’ paws and winter felt imminent.

This year, we are enjoying 50-degree days and it barely freezes at night, if at all. We’ve had a couple bouts of flurries and long stretches of rain. While the extended fall is nice on our woodpile, it’s stifling our training program.

We’re trying to really bump up our training mileage. We started November with a top run of 18 miles, but we’ll end it doing two 30-mile runs back-to-back with a five- or six-hour break in between. But it has to cool down. When the temps are cold, the dogs pick up their pace. Ideal November training weather would be a nice coating of snow on the ground and 20 degree temperatures. I read that 87 percent of Minnesotans are happy about the warm November. Mushers are not with the majority.

Still, the only recourse is to pull up the different weather websites several times a day and curse the forecasters and then global warming, followed by el Niño. But none of this makes it any colder and we still have to run.

Since I can’t complain about long, frigid hours on the ATV, training runs have been fairly smooth. I give due credit to Matt here, because he has run the dogs much more than I this fall, on account of me being in full-time nursing school, which requires me to leave town for long stretches of time. But, there was a harrowing moment a few weeks back.

I hooked up a team of 11 dogs, anticipating an 18-mile run. I had a route picked out, one not yet run this season. Matt helped me hook up and I grabbed my phone so I could play some tunes along the way.

Nine miles into the run, I came upon what last year had been a little creek and was now a full-fledged beaver pond. In a split second, I calculated my choices. I could stop the team abruptly and turn them straight around in the middle of the trail—a move that almost always goes terribly wrong and involves a huge tangle of harnesses, gang-line and fighting dogs, not to mention being bad training because it teaches dogs to turn around when you may not want them to. Or, I could just keep going, straight into the pond and hope we found a trail under the water to lead to the other side. In that moment, I thought about the Iditarod and how teams have to swim through overflow in rivers every year. I thought—this would be good training.

So that’s what we did. “Alright!” I called to Judy and Beezus. And they listened.

They bolted ahead, running straight into the water. I measured in my mind how far in they’d be once the ATV hit the pond …and I hoped they’d be to the far side. Pretty soon, I could see they were swimming.

One thing we’ve learned is that Alaskan huskies have absolutely no love for water. I’ve taken our huskies to lakes many times and even made a couple of them swim. They have zero interest in doing so. I’m certain I could throw a large tenderloin steak into the water and our dogs would sit on the shore and look at it with sorrow.

So to see an entire team swim across a beaver pond was breath-taking. Until I realized the water was deeper than the ATV.

Soon Judy and Beezus were crawling out on the far shore and I was being pulled through a pond with water sloshing into my boots. Then the whole team was out and the ATV hit land and we stopped. The back end was in the water and the front left wheel was trying to emerge from the mud. I wasn’t sure if I should move.

“Okay!” I yelled. And they tried. But they couldn’t seem to get enough “oomph” to pull me out.

There was some pandemonium then. No sled dog likes to swim across a pond, only to get stuck on the other side because of a driver that can’t get the ATV out of the mud.

I ran to the front of the team and tried to encourage them. I hastily sent an email to Matt that read “Stuck in a swamp!”

I tried pushing and pulling and giving it gas. I wondered how long it might take Matt to reach me, if he actually received my email.

But then, somehow, I turned the front tires just right and pulled and shoved just so, and the dogs pulled and I yelled encouraging words, and we made it out.

I hastily sent Matt another message saying, “never mind.” We were on our way.

When we got back to the dog yard, I just assumed he must have read my note and that 11, wet, muddy dogs and one soaked and dirt-streaked freezing musher would have given it all away. But I guess that’s what we look like every time we get back from a run. He hadn’t read my messages and had no idea.

I was really glad we made it home and I’m pretty sure I can trust my dogs to swim across a river should I ever ask them to again. Unless it’s a really warm year, we won’t be doing any swimming in the Beargrease. 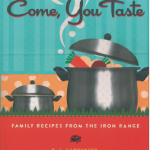 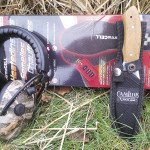 All I Want for Christmas