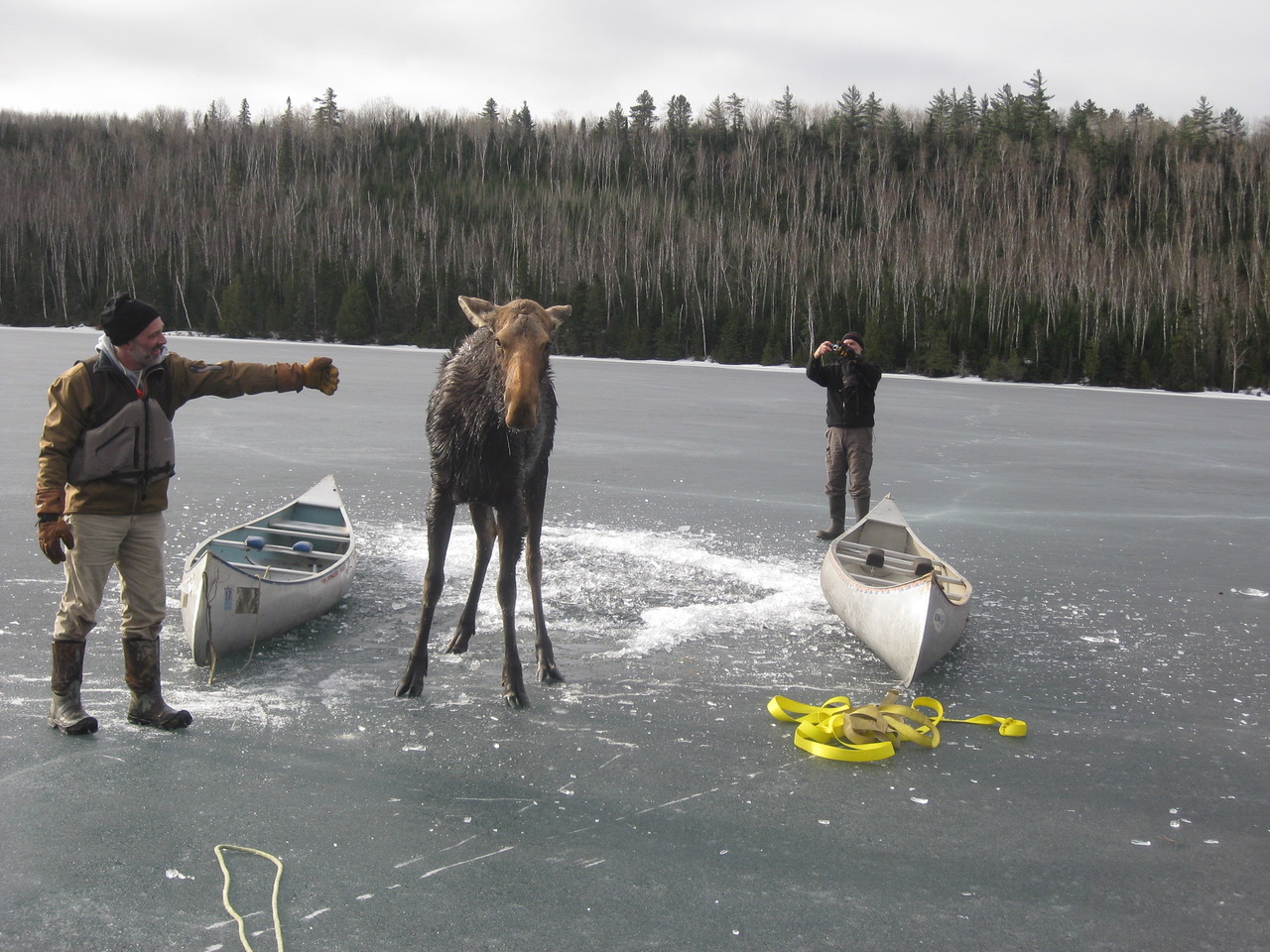 The moose whisperer Dave Seaton of Hungry Jack Outfitters. | JIM MORRISON
Gunflint Trail—Mid-trail residents awoke to an unusual surprise on April 10. A young female moose was crossing Hungry Jack Lake, located midway up the Gunflint Trail about 20 minutes from Grand Marais, when she suddenly fell through the ice.
Forrest Parson, owner of Hungry Jack Lodge, was enjoying his morning coffee when he witnessed the scene. Parson quickly called the local DNR and volunteer fire department for help and helped clear a path to the lake for the rescuers to get to the water. You can hear a complete recap of the rescue with an interview with local community radio station 90.7 WTIP: wtip.org/moose-rescued-hungry-jack-lake-after-breaking-through-ice-0.
The on-the-ice rescue crew consisted of Jim Morrison, fire chief of the Gunflint Trail Volunteer Fire Department, Bob McCloughan of Bearskin Lodge, and Dave Seaton of Hungry Jack Outfitters. Seaton who is no stranger to moose rescue, was one of the first on the scene. With canoe in tow, he and the others treaded carefully out to where the young cow had gone through.
“We had to try a few different angles” said Seaton. And try they did. Using a tow strap and a little Northwoods ingenuity, within about an hour they had pulled her out of the frigid water and onto more stable ice. “It took a while, a little encouragement, before she caught her breath and was able to walk herself to shore.”
When asked if it was common to see moose crossing the lake in winter, Seaton responded, “No. In the summer, we frequently see moose swimming across the lake – but it is much less common in winter. However, this moose has been living across the lake this year. We think she might have been chased by a local wolf pack this morning out onto the ice.”
All of this begs the question, when will the ice be out on the lakes? While it is difficult to predict when the ice will fully be off the lakes it is generally known that within about a week of the Brule River opening up, the smaller inland lakes will open and a week after that, the larger lakes will follow. The report is that the Brule opened early this week. The waterfalls along the North Shore of Lake Superior are running high, and with ice still on the lakes, Waterfall Season is just entering peak flow.
Story courtesy of Visit Cook County.
[metaslider id=7805]
previous post

You don’t need to travel far to find satisfaction 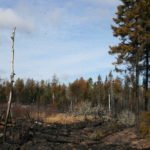