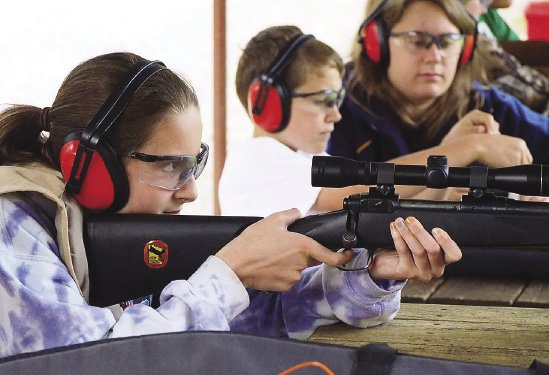 Grand Marais—Orvis Lunke believes northeast Minnesota is among the best places in the state to hunt whitetails.

“The terrain and heavily forested areas create their own set of challenges, quite different from agricultural areas,” said Lunke, the vice president of the Arrowhead Chapter of the Minnesota Deer Hunters Association (MDHA). “The inverse to this is we hunt in one of the most beautiful areas of the state.”

To prove that deer hunting is a popular sport in northeastern Minnesota, Lunke said one needs to look no further than the active MDHA membership in the region.

“Our membership increases every year,” he continued, “with last year showing a 25 percent increase that earned Arrowhead Chapter a monetary award that we will use for this year’s banquet. Our banquet focus is an intergenerational fun family event.”

The banquet Lunke referred to, which he said could not happen without such tremendous support from local businesses, will take place Saturday, Oct. 10 at the Cook County Community Center in Grand Marais. Typically, this annual event has been held in late spring or early June, but the local MDHA chapter opted to coordinate the banquet closer to the deer-hunting season. The event kicks off at 4:30 p.m. and features games, raffles and a social hour. A prime rib dinner prepared by local guest chefs Michele Silence, Jason Gesch and Pete Johnson, in cooperation with Upper Lakes Foods chef Patty Clark, will begin at 6 p.m. The event’s guest speaker will be Bobbi Zenner from Laurentian Environmental Center in Britt.

“We welcome anyone with a love of the outdoors to join us,” Lunke said. “They don’t have to be a hunter.”

In addition to the annual banquet, Lunke said this year’s Forkhorn Camp at Laurentian, was attended by seven young, local hunters. At the camp, young hunters learned the skills required to be safe and efficient hunters. Each year MDHA chapters throughout the state provide nearly $180,000 in scholarships to MDHA Forkhorn Camps with the intent of providing outdoor and hunting education for youths.

“Sometimes this is the first time kids have been away from home and they are uncertain,” Lunke said. “By the time they come home, they are already wanting to go back the next year.”

Lunke said the Arrowhead Chapter of the MDHA remains focused on increasing its membership and helping local youth interested in hunting and related activities, including sending more local teens to the Forkhorn Camp. In recent years, the Arrowhead Chapter has donated $5,000 for habitat-restoration projects in Cook County and $200 for a moose research study in the region.

Minnesota’s statewide deer harvest last fall was just under 140,000, the lowest since the early 1980s, according to the Minnesota DNR. Despite the low number of deer being harvested in recent years, Lunke said the MDHA is about more than hunting. Rather, he said, the group is about education and comradery.

“We are a growing group that on the state level has been successful in getting the DNR to come to the table to talk about deer management,” he said. “And on a local level we are able to focus on promoting and expanding youth education and activities.” 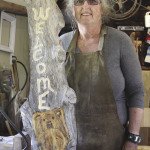