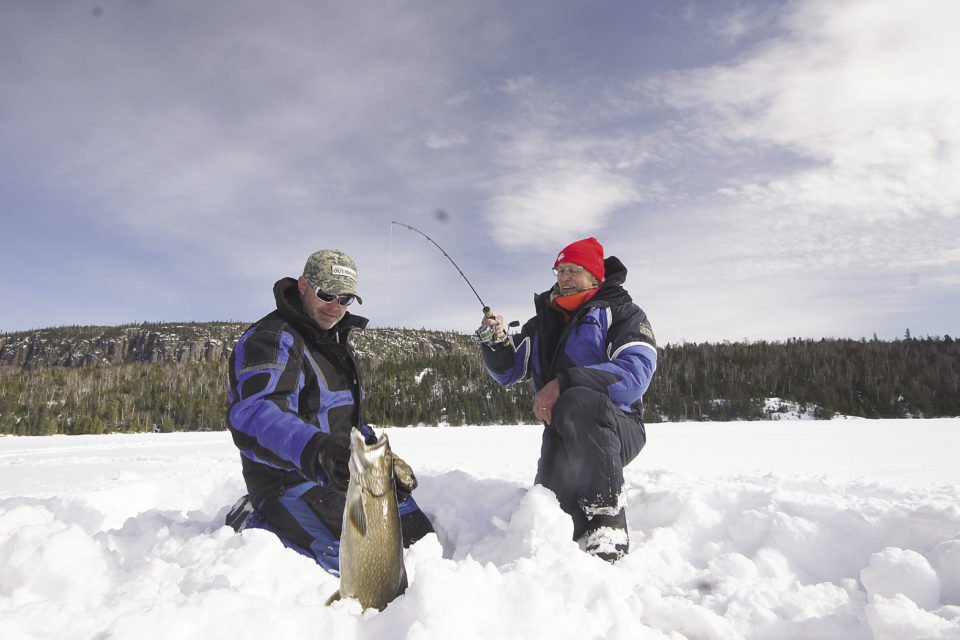 Ice fishing, by its nature, requires an angler to think a bit more carefully about making a game plan. For starters, the water you want to fish in is separated from you by several inches of ice. Sometimes it is several feet of ice. This requires you to get to the water via holes. Cutting holes into ice can be a big chore, so you need the right equipment to do it.

There are really two main types of ice augers: those that are powered by an engine, and those that are not. A hand-powered auger is fine for thinner ice or if you are trekking into a back country lake on snow shoes where weight is an issue. Hand-powered augers work well, but require some physical energy. It’s good exercise, but can be exhausting. If you want to cut the largest amount of holes with the least effort, you need a power auger. The most common power augers run on gas, and can drill several dozen holes on a tank. Some new augers are battery powered and are much quieter and clean than the gas versions. For most ice fishing, an auger that makes an 8-inch hole will be fine.

Different fish species have different habits. In the winter time, you will find that warm water species, such as walleye, crappie and perch, will be a little less aggressive than they are in the summer. So you may have to tease them into biting. Large predators like pike and lake trout, on the other hand, can be surprisingly aggressive under the ice. Lake trout, in particular, will hit a lure like a freight train on the very coldest days. Brook trout and rainbow trout can bite well in the winter, but tend to be a bit more fickle. Some of the more under-utilized fish species, like whitefish and burbot (eelpout), hit very well in the winter and are delicious to eat.

Often there are opportunities to catch more than one fish species while ice fishing. Decide what you want to fish for, then do a little research about the lakes and reservoirs that have those species. The Ontario Ministry of Natural Resources has a great tool called FISHonline that can show you the individual lakes in your area and what species are in them, as well as other information like stocking numbers. This tool can be found at: ontario.ca/fishonline. Make sure you know the season and the possession limits, as well as any size restrictions, before you get on the ice. And make sure you have a fishing license.

Outside of an auger, you will need some other tools to catch fish through the ice. The key one is a hook and line. The traditional, old school way to fish in the winter is with a cut stick (gad), spool of line and a hook and sinker. The stick is placed over the hole, the line wrapped once around the tip and the spool is left on the ice. When you get a bite, the stick tip wiggles and you hand line the fish in.

However, modern ice fishing rods and reels also work well, and allow you to use modern things, like a drag, when you fight a fish. Ice fishing rods are shorter than open-water rods, and are matched with reels that are generally a bit smaller than usual as well. Normal monofilament line is fine in the winter, although you should go a bit heavier than you would in open water. For most larger fish, think 10- to 12-pound test. For crappie, perch and panfish, a lighter 4-pound test line will work. Minnows (live or dead) and worms are a common bait in the winter, where bait is allowed. You can also jig a variety of artificial lures through the ice including the Jigging Rapala, Swedish Pimple and a bucktail jig like the Mighty Mitch and Jungle Joe Jigfly. Scale the size of your lure to the target species. Almost all species of fish will hit an artificial lure in the winter.

Other tools that are handy when ice fishing include an ice scoop to get the chips out of your hole. Dipping ice chips out by hand will get old fast. A portable propane heater is also a welcome way to warm hands on a cold days. If you want to get out of the wind, a simple pop up shelter or tent is an easy way to do that. These shelters come as part of a built-in sleigh you can pull, or as standalone tents you can roll up and carry.

Location is critical when you go ice fishing. There is no trolling, so you can’t cover water and quickly weed out the dead areas like you can in the summer. Picking obvious visible structures, like main lake points or around islands, is a good starting point. Yet some species, like lake trout, are often found well off-shore in deeper water. This is more of a crap shoot, although modern ice fishing electronics that allow you to read the depth of water through a hole, really help. These units, while expensive, take a lot of the guesswork out of ice fishing. Not only can you see the depth of water, but you can see your lure and a fish if it approaches. In some instances, especially when perch or walleye fishing, you will see a pack of anglers in one area. Although fishing near a big group of people is not everyone’s cup of tea, there are times when fish will school up over certain areas. In the same way, if you are at a total loss about where to fish a lake, and see some old holes left by other anglers, it never hurts to try that area. This is just another way to learn a lake and where to ice fish.

Ice fishing can be a lot of fun, and is a great way to enjoy the northern winter. When you have your game plan put together, there is nothing left to do but catch some fish. 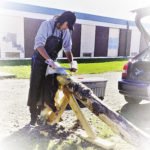 Blood Memory and Reclaiming the Path 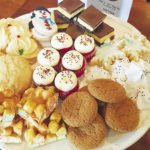