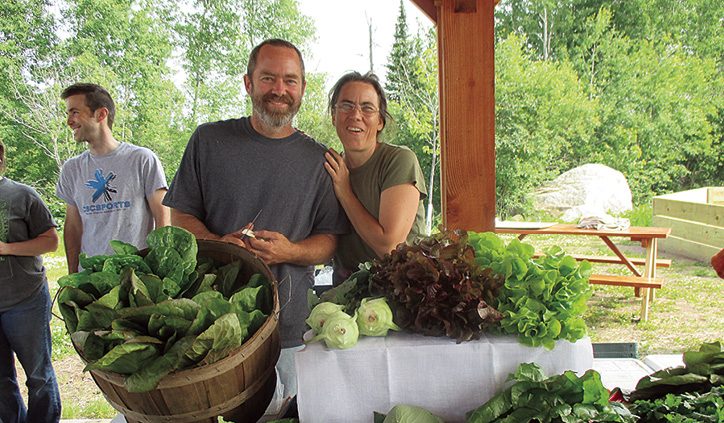 Farming on the North Shore

When you think of Minnesota’s North Shore, “farming” is likely not a word that comes to mind. With its harsh winters and challenging soil types, growing food in this region is difficult—difficult, but not impossible. Several growers along the North Shore supply locally grown food to the community through farmers’ markets, community-supported agriculture (CSAs) and providing food to local grocery stores. One such farm is Round River Farm in Finland. Started by David and Lise Abazs as a homestead in 1988, Round River Farm supplies vegetables to farmers’ markets, operates a seed farm, and even works to help protect the future of the North Shore’s forests.

“Ever since I was young, I wanted to farm,” David said. “I grew up in New York City and one day I saw an episode about the Amish. After that I told my parents that I wanted to farm when I grew up, and that’s stuck with me ever since.”

David met his wife, Lise, while working at a research farm in New Mexico. They were planning to move to the East Coast to caretake a farm in Maine, but Lise, who had grown up in Minnesota, wanted to return to her home state. David, on the other hand, wasn’t so sure.

“I went to the library and researched tree types, snowfall, and access to an ocean. So, I said, ‘The only place I’d want to move to is Finland, Minnesota.’ When we came here at 23, we came with the intent to stay for the rest of our lives and now 33 years later, we’re still here living and farming,” he said.

When they moved to Finland, the Abazses wanted to regenerate an existing farm rather than clearing forest. They found an old Finnish homestead that had been abandoned and began the five-year process of getting the soil fertile enough to farm. Through many years of tending the land, they’ve been able to grow hundreds of crops in a small area, despite the bedrock being only 22 inches underground. To maximize the growing season, the Abazses built four greenhouses and start planting seedlings inside in the early spring, and start planting outside in the greenhouses in April, even while there’s still snow on the ground. By mid-May some of the outside fields are typically ready for planting.

Round River Farm has adapted and shifted focus throughout the years. They initially started with livestock and vegetables, with increasing but variable production, and took whatever they had grown to farmers’ markets. But as their soils got better and productivity became more consistent, they started a CSA, which they ran for 25 years.

“So for 25 years we were running the CSA up to 65 shares and doing three farmers’ markets, all from one acre,” David said. “Throughout all this we also had part-time jobs and we designed it that way because we never wanted to be 100 percent dependent on growing food. We wanted to be sure we were intentionally building our soil and capacity, and if we were too dependent on production, we might have skipped some cover crops or land investment. By having the balance between jobs outside and inside the farm, it gave us the opportunity to put more resources back into the land.”

This balance between living off the land while also giving back to it underpins every aspect of life at Round River Farm, even the name—Aldo Leopold’s essays on Round River emphasize the need to live in harmony with the land and understand its cyclical nature. The focus on regeneration at Round River Farm is found not only in soil cycles but also in the energy cycle and water cycle. David said that being truly regenerative is not merely a matter of sustainability, but a matter of creating cycles that get richer and richer.

David said that while Round River Farm is continuing to sell vegetables at farmers’ markets, they are shifting to focus on growing climate-forward tree seedlings. With the climate growing warmer, the boreal forest is expected to recede northward, and within 50 years the North Shore could be home to a deciduous forest. To maintain a forest canopy in the region, it’s necessary to be forward-thinking when tree planting, and to bring in not only tree species that will thrive here, but genetics from trees in more southerly areas of Minnesota that are adapted to the climate we will see in northeastern Minnesota’s future.

“The forest is changing whether we do anything or not, and how it changes and whether it’s resilient to changes is what we’re part of through the Forest Assisted Migration Project,” he said. 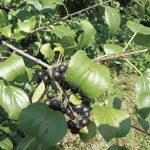 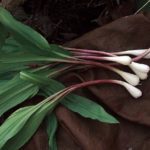