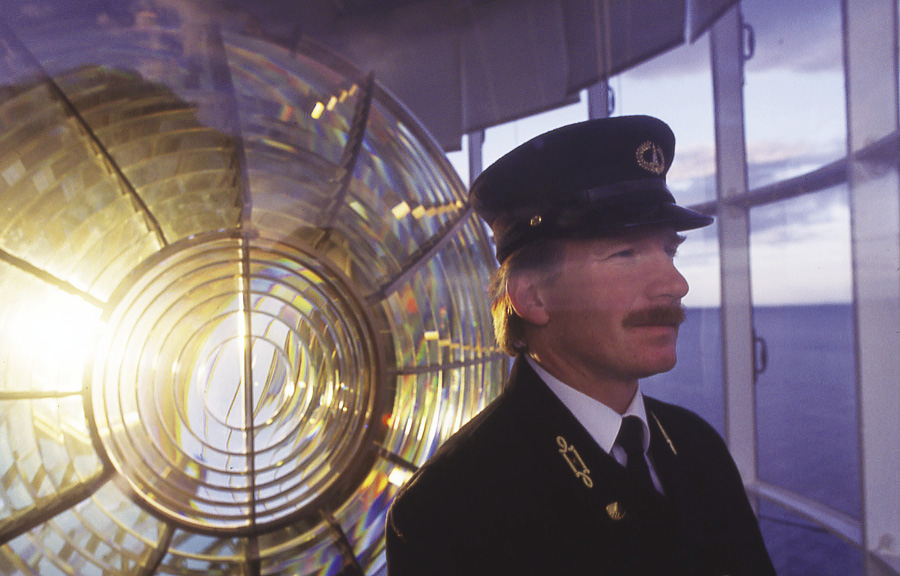 Lee Radzak dressed up as a historic lightkeeper. | BRUCE ROBERTS

Think back to the last time you visited Split Rock Lighthouse Historic Site, soaking in its deep-rooted history and gazing upon its spectacular views of Lake Superior. The experience is moving, no doubt about it.

Now, imagine if you lived there…

Lee Radzak and his family have called the historic site home for the past 35 years. That’s how long he’s served as the site’s manager, living in one of the lightkeeper’s houses—which is quite the commitment.

When you take a moment to consider that employees today spend, on average, about 4.2 years in one position before moving on to another job (according to the Bureau of Labor Statistics’ 2016 data), his 35-year tenure at Split Rock, and his total of 41 years with the Minnesota Historical Society, becomes even more impressive.

He let us in on his secret: “Keep [work] fun. Not just for you, but for the people you work with too.”

Radzak grew up in the Twin Cities and developed a fascination for Minnesota history early on. In 1982, after a six-year stint working as an archaeologist, Radzak accepted a position as a modern-day keeper of the remote 1920s lighthouse, fog-signal building, and 25-acre site that’s surrounded by Minnesota’s 2,260-acre Split Rock Lighthouse State Park.

Radzak is responsible for research, preservation, maintenance and interpretive planning of the 11-building site and its historic collections, and managing a team of five year-round and 35 seasonal staff members.

“It’s surprising how much the position today mirrors what the lightkeepers did in the early days,” said Radzak.

Split Rock’s first lightkeepers acted as North Shore tour guides for the flood of tourists that came to the area once Highway 61 was built. The difference is that early keepers kept the beacon going all night, which is no longer necessary as modern technology made the famous beacon obsolete.

Today, the 107-year-old lighthouse, which sits on top of a picturesque 130-foot cliff, receives about 160,000 visitors each year—adding up to millions of people since Radzak started his role.

In the past 35 years, he’s managed three major projects: one building, and then doubling the visitor’s center square footage to accommodate crowds, another major preservation and stabilization project on the historic buildings and grounds, and importantly, one in 2011 that successfully designated the light station as a National Historic Landmark. Other regional treasures on this list include Historic Fort Snelling, Glensheen Historic Estate, and Grand Mound, a prehistoric burial site in northern Minnesota.

“The biggest thing is all the attention it receives. People love it,” said Radzak, mentioning how the high visitation promotes further improvement. “There is so much interest on a statewide level, that the state legislature is willing to support it when it comes to bonding requests and preservation projects.”

Part of what makes the lighthouse worthy of national designation is its intricate Fresnel lens that’s still intact.

“It’s one of the only lighthouses in the country I know where they left the intact lens assembly in place when the lighthouse was taken out of service,” said Radzak.

The U.S. Coast Guard took over responsibility for all lighthouses from the U.S. Lighthouse Service in 1939. When the Coast Guard’s mission changed, along with navigation technology during the 1940s and 50s, lighthouses became a low priority. The Coast Guard removed the valuable lens assemblies from most lighthouses, placing them in storage to protect them from vandalism. Split Rock’s lens was one of the few that were spared when the lighthouse was decommissioned in 1969.

Today, Radzak is focused on finishing a cultural and landscape report he’s spent years on, which outlines the lighthouse’s history and details how to expand its accessibility, diversify its audience, preserve its historic integrity, and increase security, among other things.

It’s hard to narrow in on Radzak’s most memorable moments during his tenure, but one to note is when he completed a project to interview an original lightkeeper and about six of the “Keeper’s Kids” that grew up onsite back in the day.

“Getting the true history right from their mouths,” said Radzak. “That was exciting to be able to talk to them.”

A unique challenge Radzak faced over the years is maintaining a work and family balance. Radzak and his wife Jane raised their children John and Anna, who are now grown, in the fishbowl-like setting amid the bustling, growing crowds with frequent questions and interaction with visitors.

“It’s their home,” he said. “They’ve had to learn to accept that part of the job. Sometimes it’s easier to do than other times.”

For relief from the public eye, they find refuge at their Cook County lake cabin in the summer and enjoy winter vacations when possible.

You’d think since he’s worked 35 years at the same job, Radzak would be eager to retire. Far from it. Radzak has plans to rebuild a storage barn that was burned down in the late 1960s.

He also has a slightly complicated problem to address: he’s lived at his work site for his entire career.

“It’s hard to know where we’re going to go from here,” Radzak said.

Guaranteed when that time comes, it’ll be an adventure. 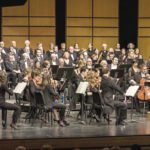 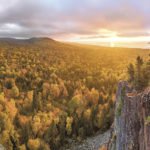