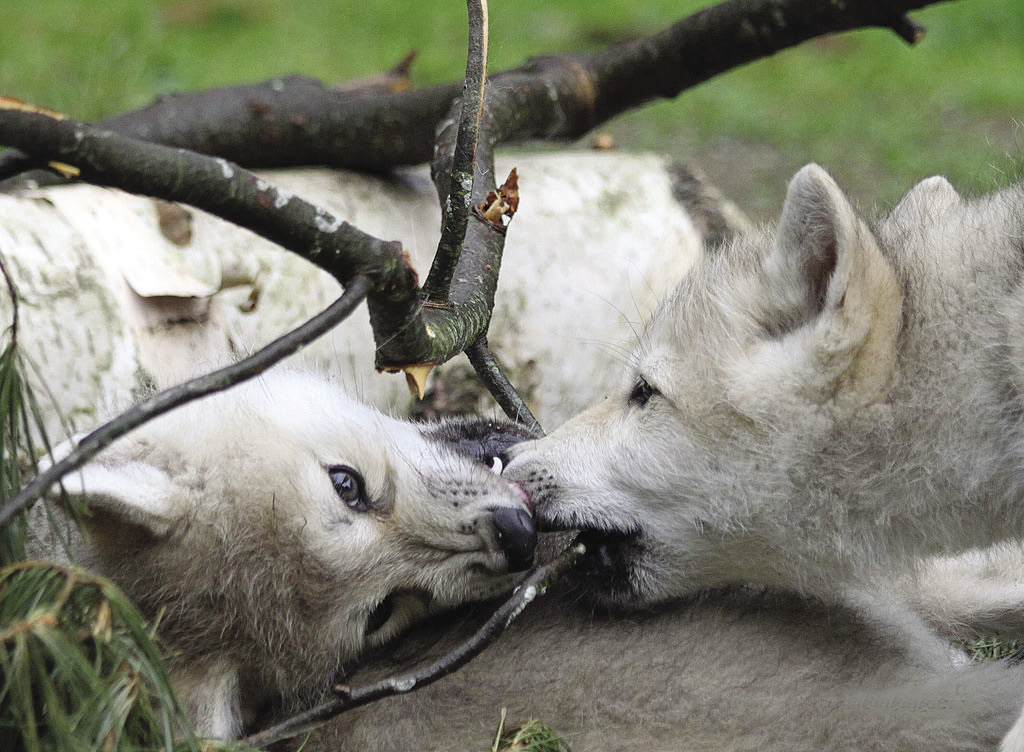 Wolf pups disperse from their pack around one-and-a-half to two years of age. | DON GOSSETT

Ely—Majestic to behold, the gray wolf is a subject of awe, reverence, and conversation in the northwoods. Many of us have talked with our friends and neighbors about the pros and cons of wolf population control, but how much do we actually know about them?

It turns out, not as much as we think.

“People often think about a wolf pack and think of the toughest, meanest, and strongest wolf getting to the top and leading the pack. That’s not necessarily true,” said Cameron Feaster, a wolf specialist at the International Wolf Center in Ely. “Wolves are often a family unit, so you usually get a male and female coming together and forming a pack.”

Most packs consist of about four to five wolves led by a breeding, or dominant, pair. To keep the pack in line, the mother and father discipline their offspring similar to the way parents discipline their children.

Another misconception is that gray wolves are something to fear in the wild.

“Wolves are primarily, in most cases, fearful of people,” said Feaster. “It’s good to respect [them] as a predator, a potentially threatening predator, but the chances of [them] actually causing any threat is very unlikely.”

Local gray wolves are known as the Great Plains wolf, and are one of five subspecies of wolves in America.

For many of us, it has been years, or let’s be honest, decades, since we studied the species in school. But the gray wolf has a unique lifespan that’s worth knowing about.

For example, did you know that wolves only live about four to six years? They have a high mortality rate due to starvation, disease, parasites, hunting injuries and inter-pack strife, which basically means wolf-to-wolf-conflict with other wolves who may be trespassing on the pack’s territory. And while they have no natural predators, wolves can pick up parasites, diseases and viruses—the type that our dogs would pick up—including mange, parvo and others.

About four to six pups are part of each litter, but only half survive past the first year. The pups are raised in a den for the first few weeks of their lives—the critical time in which pups are vulnerable to predators. Once the pups are mobile, they begin traveling to a rendezvous site away from their den. A short time later, they begin to hunt with adults. When males and females reach their sexual maturity at one-and-a-half to two years of age, they disperse from their pack.

The gray wolf has a territory of about 60 square miles, depending on the density of its prey. The pack usually hunts weak and injured animals to conserve their energy. The wolves are always hunting for food sources, including white-tailed deer, moose, beavers and other mammals. Also during the hunt, they’re regularly patrolling their territory.

On average, wolves make one kill every seven to 10 days. To feed their pups back in the den, they either bring a small snack or regurgitate part of their meal.

Gray wolves in the northwoods have an advantage when hunting prey—they’re adapted to take down animals in the winter. Their multi-layer coat includes an under-fur to keep them warm, and they have interdigital webbing between their toes so they don’t sink through the snow.

Minnesota is the only state in the lower 48 that never lost its gray wolf population.

“This place up here is not easily accessible. Not a lot of people, at the time we were hunting wolves, were willing to necessarily go all the way out to the Boundary Waters Canoe Area Wilderness, because it can be difficult to access,” said Feaster.

More can be learned about this remarkable species by visiting: wolf.org. Or plan a trip to the International Wolf Center in Ely. 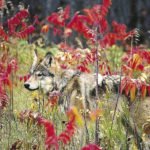 The wolves of Isle Royale and Michipicoten Island 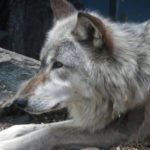