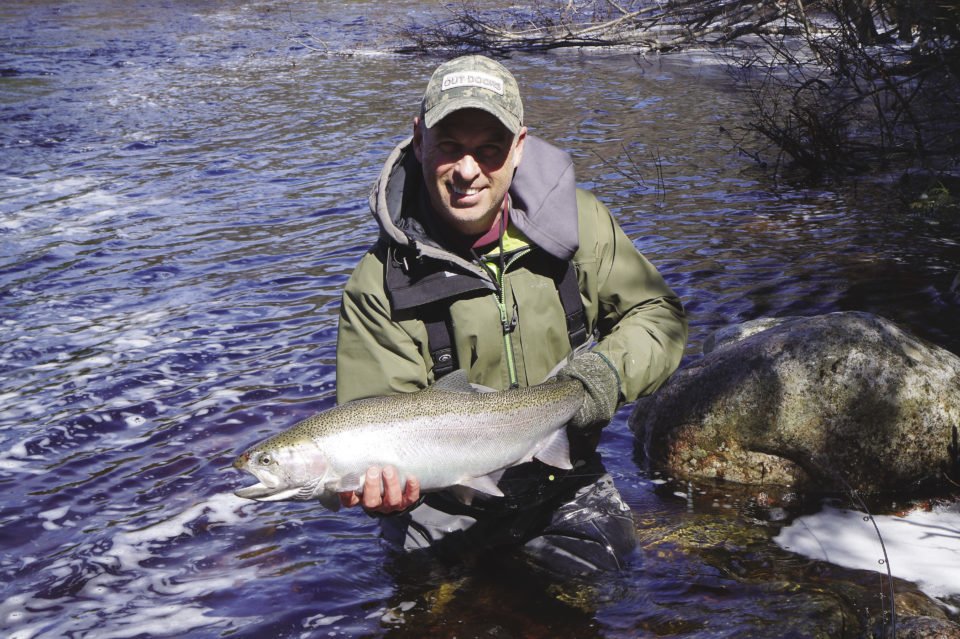 Gord with a steelhead he caught last April. | GORD ELLIS

Fishing and lead sinkers have gone together for as long as I can remember. In fact, I’m officially old enough to remember a time when finding good lead weight sinkers was a difficult deal. As a very young angler, I occasionally used small metal nuts as weights because split shot were hard to come by. In my late teens and early 20s, my father and I spent hours heating up lead and poring the molten stuff into forms that created egg sinkers. These specialty sinkers were a key part of our steelhead fishing back then. However, the potential health issues related to handling lead played a role in ending that tradition.

Lead is a well-known toxin. On top of that, ongoing research has shown that lead shot and sinkers can have an adverse impact on aquatic birds like loons and eagles. The accidental ingesting of lead sinkers and shots by birds is potentially lethal. So for those that don’t want to use lead—or have been legislated to do so—what are the alternatives? I’ve had the chance to try nearly all of them, with varying degrees of success. Here are a few thoughts on what is available and why they might—or might not—work for you.

In many ways, steel fishing weights have a lot of pluses. Steel is relatively heavy and does not have the negative health impacts of lead. Steel is also relatively cheap as compared to some of the other lead alternatives. Back in 1995, a company called Bulletweights got ahead of the move from lead and introduced Ultra Steel fishing sinkers. They quickly gained a foothold thanks to the bass market that embraced the product early. The company also made walleye sinkers and jigs that were well received. Several other companies have since followed suit. Steel is a good choice for any sinker that does not need to be crimped on a line, so a slip sinker that has a pre-fabricated hole in the weights, or a dropper weight that you can tie off to. Steel does not work for split shot or any weight that needs to be pinched. Another non-toxic option is tin. Tin is lighter than steel, but also softer. Tin makes good split shot material due to that relative softness. Both tin and steel also make a pretty decent jig head, although they also tend to be on the larger side as compared to lead. Tin tends to be shinier than both lead and steel, which some anglers feel is a drawback.

This product has become the most popular non-toxic, lead alternative for anglers around the world. Tungsten compares favorably to lead when it comes to relative weight and density. In fact, most tungsten weights are smaller and compact than lead weights of a similar weight (this varies depending on manufacturer). In my experience, tungsten weights seem a bit more brittle than lead, and this can mean split shot that breaks when pinched. The purity of the tungsten product can be part of the problem, as it can be mixed with other alloys, including nickel. Tungsten is also more expensive than lead, sometimes dramatically so. In places where lead weights are still legal to use, this has proven a dis-incentive to the consumer. Overall, tungsten is the best overall lead replacement.

Bismuth is another non-toxic alternative that is often found in a shot form. The shot is sometimes put inside parachute cord and made into what is popularly called a “slinky.” This slinky is affixed to the main line with a small steel clasp and swivel. This style of weight is popular among fly anglers and steelhead fisherman who use the slinky to drift on the bottom. There are other bismuth fishing weight products around, including jigs, but they seem to be in limited availability, at least in Canada. Like tungsten, bismuth weights are more expensive than lead.

The use of brass is not uncommon in the fishing world. Bass anglers have used brass weights for some time, as it is a loud metal, especially when coupled with brass rattles. Bass anglers use brass weights in Texas rigs, and allow multiple weights to bang into each other. This sound is said to draw fish out of the thick weeds. Brass is used for some jigs and also used for some larger weights, such as bottom bouncers and walking sinkers. However, the expense of brass and its hardness makes it a poor lead substitute for any product that needs to be crimped.

There have been a variety of different clay/pottery-based weights that have been marketed; mostly with limited success. I remember being at a sport show a few years back and listening to a very fervent pitch from someone who was selling homemade clay sinkers. Needless to say, they were of a much larger size than those made of lead or tungsten. I could not see drifting for steelhead with marble-sized sinkers. Clay sinkers also have to be made with something to tie off to, as there is no crimping. Some clay weights are marketed as eco-friendly because they will break down over time when lost on the bottom.

Lead remains a huge part of the fishing industry and will for the foreseeable future. Yet knowledge is power, and knowing there are options out there is not a bad thing. 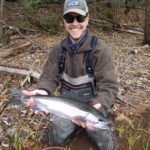 Fly-fishing keeps growing in the North 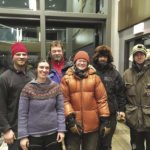