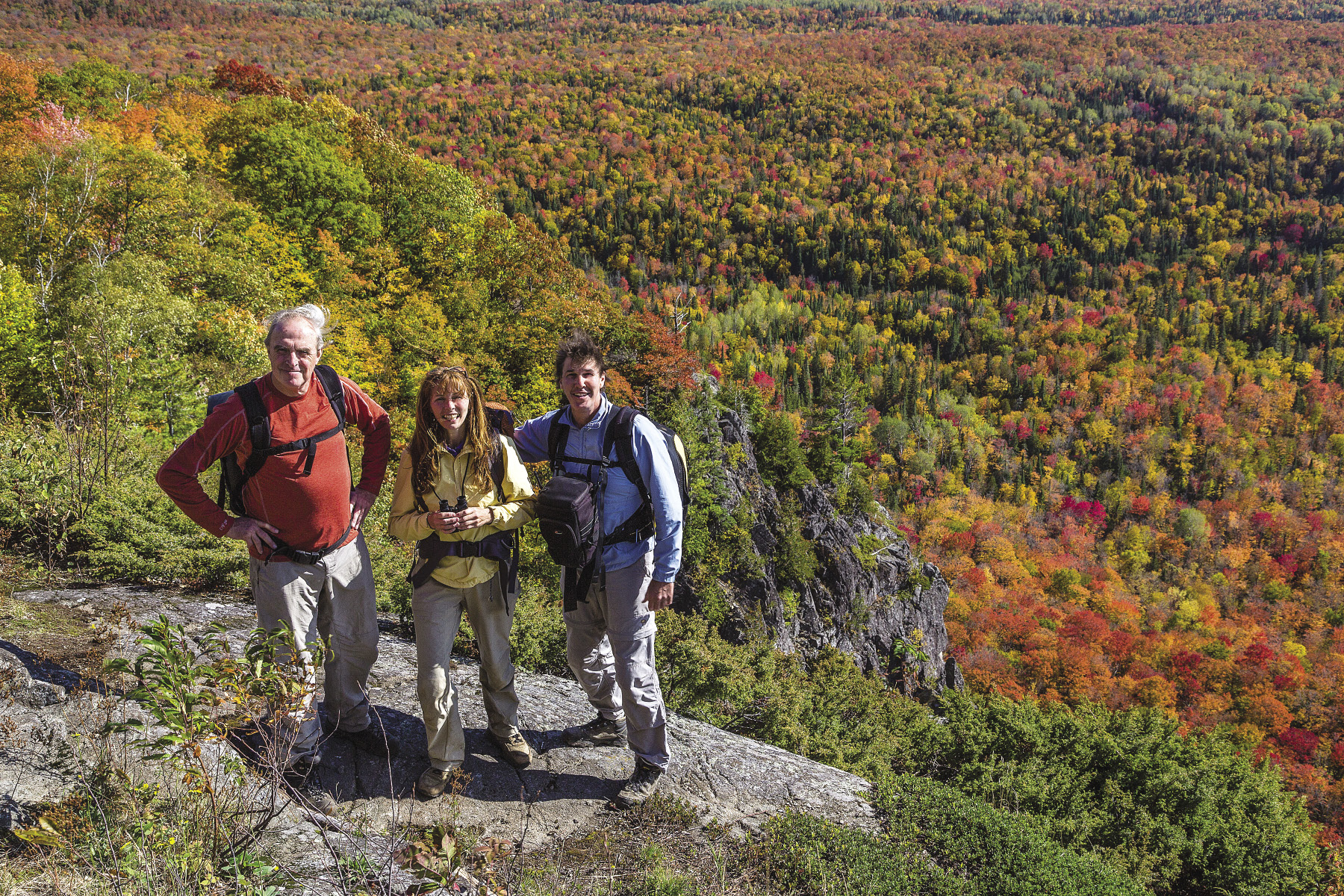 Michael Burtch, Joanie and Gary McGuffin combined their skills to discover and photograph the actual painting sites of the Group of Seven.

All images courtesy of Gary and Joanie McGuffin

About a century ago, a group of Canadian artists made a series of excursions by train to the Algoma region and the North Shore of Lake Superior. Traveling throughout the area by canoe and on foot, they made hundreds of sketches. Later, in their studios, they worked some of these into larger canvases. They developed a body of work becoming Canada’s first art movement. In 1920, these painters formed the Group of Seven.

Anyone who has visited places such as Agawa Canyon and Ontario’s Lake Superior North Shore will appreciate how an artist could be inspired by the distinctive geology, unusual landforms and spectacular autumn colours. The Group of Seven certainly was.

Lawren Harris, A.Y. Jackson, Arthur Lismer, J.E.H. MacDonald, Frank Johnston, Franklin Carmichael and A.J. Casson, the group members that visited this particular part of northern Ontario, captured the country as it had never been seen before. They applied paint to their boards in a way that was as colourful and rugged as the north country they were in.

The Group of Seven travelled into the North by train, the primary form of transportation after WWI. For two of the eight trips into Algoma, the painters stayed in a specially outfitted railway boxcar which served as a base camp at various railway sidings, including Agawa Canyon. Later, they discovered that log cabins were available for rent from the ACR, these being close to the railway. From wherever they were staying, the painters would set off on foot or in canoe, sometimes being directed by the locals to overlooks with commanding views.

But despite their paintings achieving international fame, little has been known of the actual scenes and the places from where they painted.

At least until now.

Enter Canadian explorer couple Gary and Joanie McGuffin and their friend, art historian, Michael Burtch. This trio set themselves a challenge: to see if they could find the actual locations where these artists made their paintings so many years ago. The McGuffins are widely known for their paddle- and pedal-powered journeys across Canada and around Lake Superior documented with stunning photography, which has been displayed in art exhibitions and eight published books such as “Where Rivers Run,” “Superior Journeys on an Inland Sea” and “Quetico Into the Wild.” Together with Burtch, a teacher of art history and the past director of the Art Gallery of Algoma for 29 years, they began researching the painters’ field locations across northern Ontario during their formative years between 1912 and 1928. It felt, at first, like searching for needles in a haystack. Any trails that existed in the 1920s have long since grown over.

But as time progressed, clues surfaced on lakes, in hills, at beaver dams and waterfalls. Even the archive of railway history created by Michael’s late wife, Linda, proved invaluable in solving mysteries about the painters’ whereabouts.

Over the course of several years, the McGuffins and Burtch have researched and located hundreds of painting sites. Through the Group of Seven’s own personal letters, writings, sketches and black and white photographs, they have been piecing together a puzzle. As they find sites, Gary photographs them. He often returns multiple times to the same places to capture, as accurately as possible, the same season, weather and light. To their amazement, these famous works of art are not just symbolic and inspired by a landscape—but they represent very real places that are recognizable today.

They’ve also discovered unexpected sites. “When I was first shown this map discovered in the National Gallery archives, sketched by Franklin Carmichael, I thought I was looking at lakes on the land,” says Gary, “but as soon as I saw the artist’s words, I recognized it as a map of the Slate Islands located eight miles off Superior’s North Shore. Finding that map led to uncovering sketches done in the Islands.”

One may ask, so what is the point of doing all this? In part, Gary, Joanie and Michael see the project is an opportunity to bolster cultural and ecotourism. The McGuffins are working with the communities of Marathon and Biigtigong Nishnaabeg (Pic River First Nation) to develop an interpretive Group of Seven trail along the Lake Superior coast. Closer to home, the three of them have been involved with the Coalition for Algoma’s Passenger Train, a group dedicated to preserving the train experience similar to that which the painters enjoyed in the 1920s.

Perhaps most importantly though, they feel their Group of Seven project has uncovered a rich heritage that they hope will eventually receive the national recognition and landscape protection it deserves.

Meanwhile, Gary, Joanie and Michael have co-produced a documentary film about their project with White Pine Pictures. “Painted Land: In Search of the Group of Seven” was recently released in Canada. It will be shown in Grand Marais at the North House Folk School’s Northern Landscape Festival in June 2016.

For more information about the project and the film, visit www.themcguffins.ca.

Editor’s note: Northern Wilds thanks the McGuffins for the cheerful assistance they provided to produce this story. 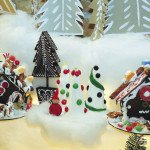 With venison, preparation is the key to good flavor