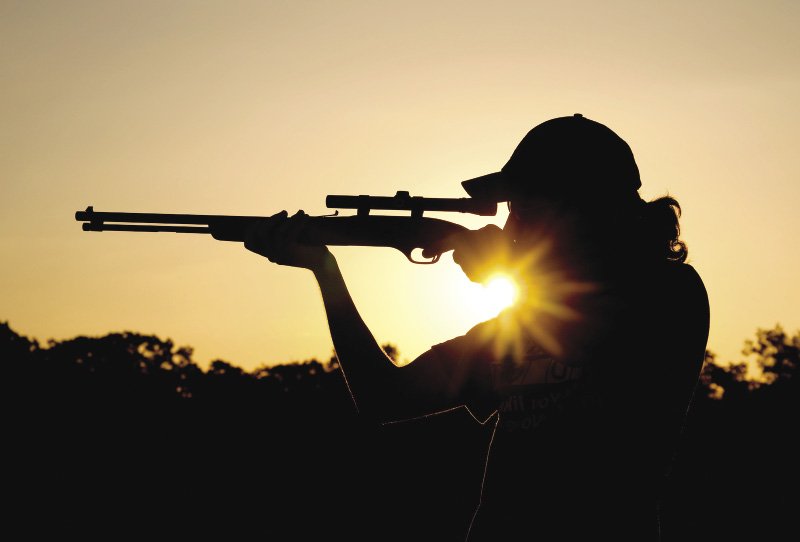 In recent years, I’ve taught beginner deer hunting and butchering classes at the North House Folk School in Grand Marais. Doing so was an education for me. Many of my students were adults who only recently developed an interest in hunting, mostly as a way to find an alternative to factory-farmed meat. They were less interested in the sporting aspects of hunting than they were in obtaining locally sourced food.

That’s fine with me, because I eat what I kill. What many newcomers to hunting don’t realize, however, is more wild game is available than just white-tailed deer. I also eat ruffed grouse, wild ducks and geese, pheasants and, if I am lucky enough to get meat from someone, moose. My autumn diet of meat isn’t entirely comprised of wild game, but I eat it several times per week.

I could say eating wild game makes a difference in the grocery bill, but doing so would ignore the cost of hunting. Perhaps a century ago, wild game was “free.” These days, when you factor in the cost a gasoline to reach your hunting grounds, special gear and even the cost of a hunting license, a pound of wild meat likely costs as much or more than the meat you buy at the grocery store. The difference is the wild game is free of antibiotics, growth hormones, fat and other unhealthy aspects of store-bought meat. Also, hunting for food is more fun and satisfying than shopping.

So how do you get started? Well, going hunting can be as simple or as complicated as you care to make it. So let’s keep it simple and walk through how to successfully hunt and then process and prepare some common game species.

The little chicken of the forest is abundant, easy to hunt and without equal on the table. Grouse are an excellent quarry for entry level hunters. All you need is a shotgun and a box of game loads. Then take a walk along a quiet forest trail (not a designated hiking trail) or an overgrown logging road. Morning and evening are generally the best times. You may see grouse picking for grit in the trail. When you do, slowly approach until you are in effective shotgun range—30 yards or less—and then aim your shotgun at the bird’s head for a humane kill that doesn’t damage the meat. This method is called pot-shooting and is frowned upon by ardent bird hunters, who insist in shooting their grouse in flight. Don’t worry about it, because you are hunting for the pot. As you gain more skill, you may choose to shoot your grouse in the air, too. Or, like the vast majority of north woods hunters, you will shoot grouse on the ground or in the air, depending upon the opportunity they present to you.

The easiest way to dress a grouse is to lay the bird on its back, step on the wings (placing your feet tight to the body) and then grasp each foot and pull upward. You will pull away everything but a plump breast with the wings attached. You can cut them off with a knife or shears. Save the thighs and drumsticks if you so desire, but they contain very little meat. You can prepare grouse with recipes for boneless chicken. Just be aware that grouse is more dry than chicken, so it requires less cooking time.

Duck and goose hunting requires more skill than grouse hunting, but is worth the effort if you like to eat rich, dark meat. In the north woods, duck hunting is often a hit-or-miss proposition, because most migrating waterfowl are further west. If you know of a secluded bed of wild rice or beaver pond, you may find a few mallards, blue-winged teal or Canada geese. All are excellent table fare.

You don’t need a lot of gear to hunt ducks. You can sneak up on them in beaver ponds with just a shotgun (12 gauge preferred) and shot shells loaded with nontoxic shot. Or you can add a canoe to the mix and toss out a half-dozen duck decoys on the edge of the wild rice. The catch is that no matter how you go about it, the ducks you shoot will almost certainly fall into the water, so you must have a way to retrieve them. The best option is a dog trained to retrieve, but you can collect them with a canoe or with a pair of chest waders. Unlike grouse, pot-shooting ducks sitting upon the water is universally frowned upon. Waterfowl have such a low profile on the water that they are hard to kill. It is more effective and humane to shoot them while they are flying.

Waterfowl require more preparation for the table. You can pluck the birds and then dip them into hot paraffin to remove the pin feathers. Or you can skin them and slice the meat off the breasts and legs. Both methods work for ducks and geese. Wild mallard tastes like domestic duck, but for many people, the flavor of duck is an acquired taste. I’ve always enjoyed plucked and roasted birds. Boned out meat is great in stir fries, jambalaya and gumbo. Some folks make sausage using Canada geese. A group of native women in far northern Ontario once treated a friend and I to whole roasted goose—entrails and all! It was better than you may think.

Many people kill a deer every November for a winter supply of venison. Doing so will be somewhat challenging this year, because deer numbers are down due to hard winters. As a result, hunting along Minnesota’s North Shore will be for antlered bucks with antlerless permits available via lottery drawing. You can make deer hunting as simple or elaborate as you want it to be. All you really need is a legal firearm (or bow during the archery season) and hunter orange clothing that meets the legal requirements. The other ‘must-have” is patience. The easiest way to hunt for deer is to find a place in the woods where whitetails are likely to walk by, then sit quietly and wait for one to show up. It may take an hour or it may take days before you are in the right place at the right time. When you see a buck, aim just behind the front shoulder, where the heart and lungs are located, to make a humane kill.

Many hunters prefer to butcher their deer at home. If you have a place to hang and skin the deer, as well as a table for butchering, it’s a satisfying task. Novices ought to set aside a Saturday to do the job. A popular method is to bone out the meat. Take care to remove all tallow, membrane, hair and blood-shot areas. When you are done, you should have absolutely clean, boneless venison that you can cut into roasts and chops or grind for hamburger and sausage. Oh yeah, it’s also lean and free of antibiotics and chemicals.

Snowshoe hares appear to be abundant this year. Although an old saw of the North is that you can starve to death on a diet of hare, they are a tasty addition to anyone’s winter diet. The lean meat has a mild, yet distinctive flavor. The best hunting for hares is after there is snow on the ground, but before it becomes so deep you need snowshoes to move in the woods. Look for hares in swamps, balsam fir thickets or brushy areas. You’ll know you are in the right place when you see lots of tracks in the snow. Hares often sit motionless, counting on their white coat to camouflage them in a winter landscape. Hunters often spot them by looking for their black eye or the black tips of their long ears. Use either a .22 rifle or a shotgun to shoot them. If you flush a hare and it bounds away, it will most often make a wide circle back to the original location.

To skin and gut hares, hold their hind feet, then pull the skin at the “ankle” downward. Nearly all of the meat is on the large back legs and the loins. You can fry it like chicken, or bone out the meat for use in various dishes. A standard recommendation from outdoor writers is to make hasenpfeffer, a German rabbit dish. I’ve never tried it.

Minnesota is not holding a moose hunt this year and, due to a low population, the number of moose tags available in northwestern Ontario was greatly reduced for 2015. Moose meat will be hard to come by this year. Considering the status of the moose herd, limiting hunting is the right thing to do. But I’ll miss that wonderful moose meat, which is very lean and tastes more like beef than venison. The difference is that moose are muscular, wild animals, so their flesh isn’t “stockyard tender” like most beef. Slow-cooking recipes generally produce the best results with moose.

Another native that is less common than it used to be is the American woodcock. This small, long-billed bird nests in northern forests and migrates through the region during the fall. They are best hunted with a bird dog, both to flush and find the well-camouflaged birds. They use their long bills to probe the soil for worms. Some hunters say they taste like worms. That is an overstatement, but tiny woodcock breasts have an outsized, strong flavor. I don’t care for it. 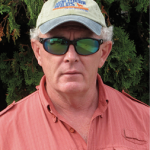 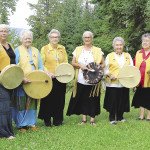