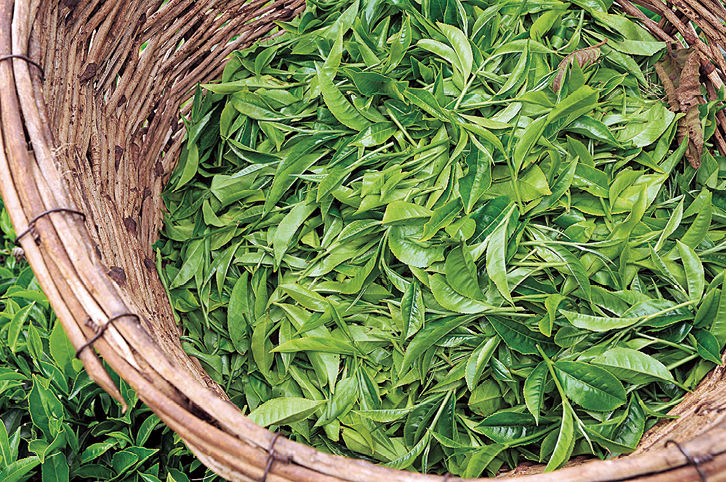 Did you know that tea is the world’s second most popular beverage after water, followed by coffee, orange juice and beer? Tea is also the world’s oldest beverage, going back almost 5,000 years. According to legends, it was the Chinese emperor Shen Nung (aka Red Emperor, the ‘divine healer’) that discovered tea in 2737 B.C. when tea leaves fell into his hot drink. However, there is skepticism about the story as people may have been drinking tea already, leaving it a mystery as to when or how tea was first discovered.

So, what’s the source of tea? Well, all teas (except herbal) come from the same origin: the leaves and buds of Camellia sinensis species of evergreen shrubs or small trees (aka tea plant, tea tree or tree shrub). However, while the teas share the same plant, it’s the tea processing that produces the different variety of the tea tastes of white, yellow, green, oolong, dark tea and black tea.

The tea categories are primarily determined by the various levels of oxidation, e.g., from zero percent (green) to 80-100 percent (black). Tea oxidation occurs when oxygen reacts with enzymes in tea leaves to turn brown, like a cut apple. Controlling the amount of oxidation—either stopping or increasing it—is the main factor in tea processing.

Simply put, the tea we drink goes through six basic steps. Harvesting the tea leaves. Withering or wilting the leaves to lose moisture. Leaf disruption (breaking the leaf by rolling, chopping or tearing to accelerate oxidation). Oxidation. Fixation (stop oxidation by heating the tea leaf for all teas but black). Drying (remove all moisture).

The first teas were brought to Europe from Asia in the early 1600s by the Portuguese and Dutch. It became a luxury beverage which only the wealthy could afford. By the late 1640s, tea found its way to North America by the Dutch to sell in their settlement in New Amsterdam (today’s New York). Canada’s first tea shipment arrived in 1716 by the Hudson’s Bay Company.

Globally in 2020, the tea revenue was $186.67 billion (Statista) with the highest tea production in China, India, Kenya, Sri Lanka, Indonesia and Vietnam. China is also the largest consumer of tea at over 1.6 million pounds—but on a per person capita basis, Turkey, Ireland and the United Kingdom are the world’s biggest tea drinkers.

The only tea grown in North America is in South Carolina at the 127-acre Charleston Tea Garden with hundreds of thousands of tea bushes on Wadmalaw Island, a few miles south of Charleston. The bushes are direct descendants of ancestral tea bushes brought over from China and India over 100 years ago.

Though coffee is more popular than tea in North America, each day more than 159 million Americans do drink tea and in 2018, they consumed 3.8 billion gallons of it (Tea America). And in 2015, Canadians drank 22.4 gallons (85 litres) of tea per year, making the Canadian tea market worth $426 million.

Tea innovations happened in both Canada and the U.S. Americans are credited with the public popularization of “iced tea” at the 1904 St. Louis World’s Fair (though it had been in use since the 1860s in southern U.S.) and credited with the invention of the “tea bag” around 1908 by a New York tea dealer Thomas Sullivan. He originally made small silk bags to hand out samples of tea but it eventually evolved into paper when clients dunked them in hot water.

In Canada, the pre-blending of teas and pre-packaging of tea before selling was started by Theodore Harding Estabrook over 100 years ago. And the popular tea “London Fog”—vanilla earl grey latte—originated in Vancouver in 1997.

The United Nation’s International Tea Day is observed annually on May 21, thanks to a resolution passed in 2019 by the U.N. to raise awareness of tea’s long history, cultural and economic significance around the world. Guinness World Records have certified two kinds of ‘tea’ records: one for the World’s Largest Sweet Iced Tea record in 2016 by Summerville, S.C. when the town brewed 210 pounds of loose tea for 2,524 gallons in a 15-foot-tall jar named Mason; the other, the World’s Largest Cup of Hot Tea achieved in Dubai in 2018 when 1,321 U.S. gallons (5,000 litres) were brewed in a teacup 12 feet high, 4.6 feet in diameter and heated to 85 degrees Celsius.

Although Chinese tea didn’t arrive in North America until the 1600s, tea-making from a variety of plants and trees had been going on for thousands of years by Indigenous people. These included teas from willow-bark and oak-bark (now available in health food stores); spruce tip needles; cedar; and plants like Labrador tea; chamomile; lavender; blueberry, mint and many more.

Now, does tea taste better from a bone china cup? Consensus from tea connoisseurs, is “yes.” Bone china is non-porous, thin-lipped for easier sipping, and its smooth inside surface keeps the natural tea tannins from separating from the tea and attaching to the cup. “The ability of bone china to increase the body of tea is remarkable,” notes the website Tea Crossing.

No matter your tea preference or tea drinking vessel, thousands of years of tea-making history is behind your cup of tea. 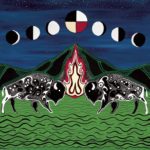 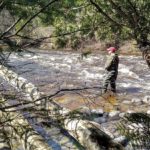