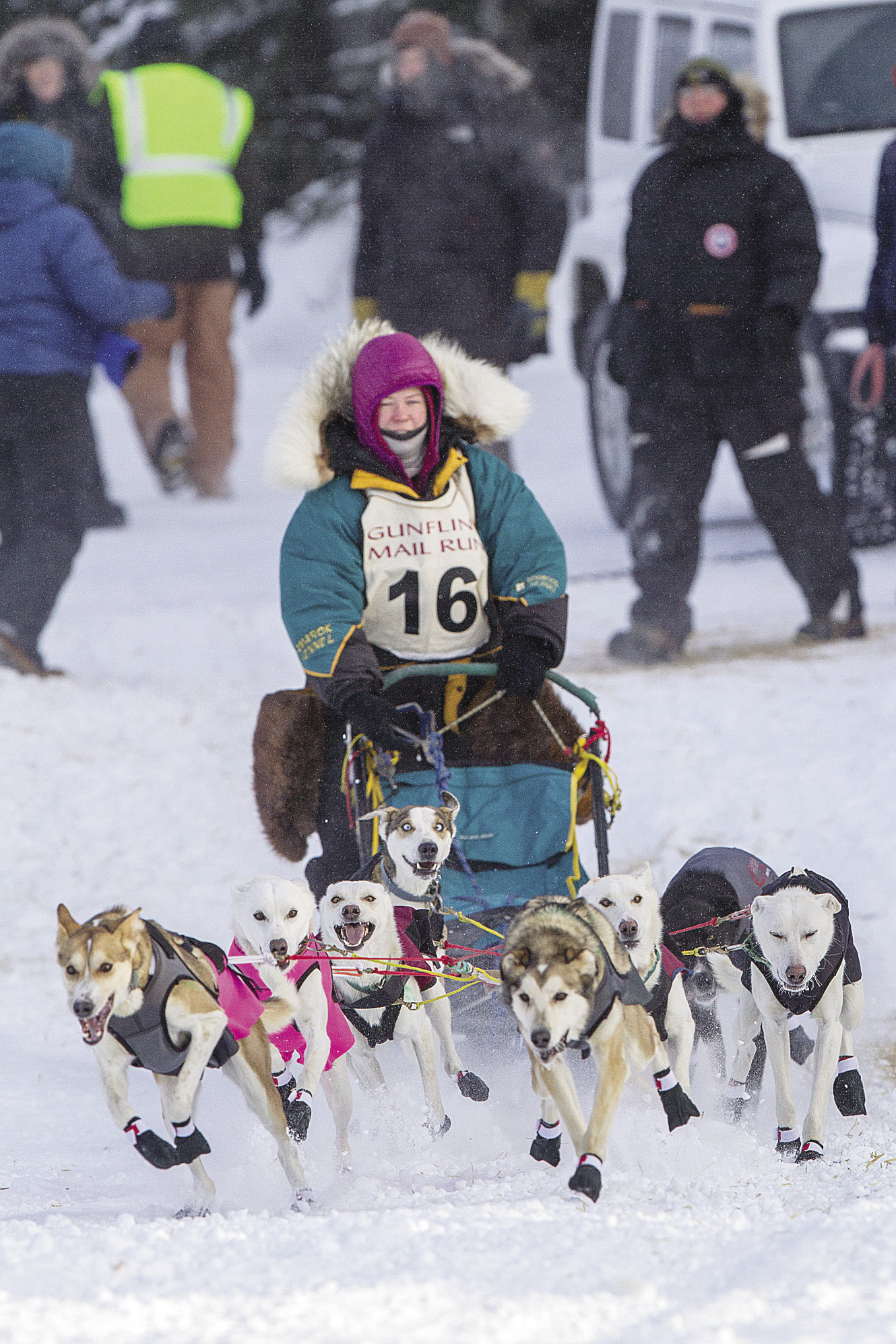 All Paws on Deck

A race is a culmination of months and years of practice of one’s craft. It’s the thrilling winner-take-all event that showcases the preparation and dedication of the athletes. Depending on the stage of one’s career, goals for the race’s outcome may vary, but the excitement still pushes participants to give everything they know they can. For sled dog mushers, racing not only entails the mental and physical preparation of the human, but also of the team of animals working feverishly to make their owner proud.

I treated myself to my first sled dog outing in January, 2013. It was my first winter outside of the state of Virginia and my upcoming birthday necessitated a novel experience. Being new to the North Woods, the concept of mushing up to that moment in my life had always been confined to a movie screen. I went out with a local guide, feeling the strong pull of the dogs and silently praising myself for wearing the appropriate number of layers to stay warm. I was amazed by the dogs. They were lean yet strong, excitable yet streamlined. As we rode, my mind drifted to the small connection I was forming to the mushers, past and present, who harnessed the power of dogs for necessity and for sport.

Dogs have been used to pull freight in the northern regions of North America, Siberia, the Arctic and even in the American southwest for more than 4,000 years. The first written account of turning this activity into a competition, however, didn’t occur until the 1850s. Travelers on the route between Winnipeg and St. Paul challenged one another to an informal race that evolved into the memorable 1917 event on which the movie Iron Will was loosely based.

As Alaska’s Gold Rush captivated a world audience at the turn of the century, the sled dog races garnered attention there as well. The All-Alaska Sweepstakes race, first held in the spring of 1908, is the oldest organized sled dog race in the world. Spectators bet large sums of money on participants running the 408-mile trek from Nome to Candle, Alaska and back. When WWI interrupted the gold rush and interest in sled dog racing, the event dwindled.

As a non-winter running and cycling race participant, I am familiar with the necessary preparations to get myself feeling good at most starting lines. The thought of adding eight barking dogs, all their food and medication, breakable (yet necessary) equipment and endless winter gear to the mix seemed like an overwhelming prospect. Having a race result depend on the animals in your care made me wonder where these mushers even begin the work required to have a smooth race.

Mushers today, like Grand Marais resident Andrea DeBoer, navigate a very different racing environment than their predecessors. Currently, in her fourth year of racing, DeBoer was preparing herself for the Gunflint Mail Run Sled Dog Race in early January when I questioned her about the most intense aspects of preparation that get underway about seven days before the race.

Though DeBoer is a local contestant for the Mail Run, she will often start packing her truck a few days ahead of time for the out of town races, like Ely’s Wolftrack Classic 30. The truck, which transports the dog team and all the gear, will be loaded down with dog coats, dog blankets, extra gang line sections, tugs, neck lines and first aid kits. Also thrown in the bins are headlamps, food scoops, bowls, extra collars, a poop bucket, a shovel and a tool box for sled repairs. Grab the hand warmers to put in the dogs’ shoulder coats to keep their muscles warm and the wraps to cover their wrists after applying the topical massage oil and her truck is just about filled to the brim.

Oh, and when her three kids also attend the event, DeBoer also has to ensure they have all of their supplies as well.

“About a week before the race we start organizing the gear, making sure nothing is broken,” explained DeBoer. “We label it in bins to make the race morning easier and not as hectic.”

Training for the dogs tapers just as a runner might do before a marathon. DeBoer spent the week before the eight dog, 70-mile version of the Mail Run doing four-mile sprint runs with the dogs to keep them loose.

Coordinating the food not only for yourself and your family (the human team), but also a team of eight to 10 dogs, is enough to make even the most confident racer check and re-check their stash. The main focus of DeBoer’s dog food planning typically happens the night before the race. The dogs will gobble down about seven pounds of meat during the course of the Gunflint Mail Run; about half the night before and the other half spread out throughout the main race day.

“I get the food prepared into portion-sized containers. The night before the race, I figure out how much meat and kibble to bring. Making sure I have dog bowls is another good one,” she laughs.

Determining out how much food to bring can also depend slightly on outside factors, such as temperature. While the dogs tend to get bogged down with too much food in their stomachs, lower temperatures typically require more fuel.

The mushers are required to attend a mandatory musher meeting the day before, during which the organizers go over the trail and the signs that they have out. They also answer questions the mushers may have about the course and the race’s specific rules.

The musher meeting is followed by veterinary checks for every dog racing. The vets will check one of the most anatomical features of the racing dogs: their feet. They will also take the time to listen to heart rates, check for sore muscles and joints and monitor the dogs’ weight. To ensure the dogs are adequately prepared for the race, the veterinarians will also chat with racers about their respective training programs.

A hearty breakfast starts the race morning for DeBoer and her crew. After rallying her kids to help take care of the normal chores, like feeding the dogs and scooping poop, it’s time for her to check in again on their feet.

“The morning of the race we check all their feet again. We have to stay on top of any foot issues and put foot cream on them to keep them healthy,” said DeBoer.

Putting more straw in the dog boxes and adding fiberglass windows are additional steps the team takes to ensure the dogs stay warm when the temperatures plummet well below zero degrees Fahrenheit. The morning of the race also requires loading the sleds—one for primary use and one as a backup.

Though it’s a task that typically takes less than ten minutes, changing out the runner plastic on the sled right before the start of the race can have a big effect on cutting down friction on the snow.

Mushing is a spectator sport that can draw large crowds of people who want to see all of the action. Inevitably, a team of cute dogs is the main attraction for the watchers, and most want to get a few pets in before they speed away. Unfortunately, all these unfamiliar faces can have adverse effects.

“We like to keep the dogs in their boxes until about half an hour before the start. The dogs aren’t used to seeing all these other people around,” said DeBoer. “We don’t want to stress them out.”

With the clock ticking towards the starting time, the dogs are let out of their boxes and suited up. Because the temperatures for the Gunflint Mail Run this year were well below her threshold, and because the sled dog race consisted of two legs, all her dogs wore boots. She gets them all harnessed up with the help of her husband and former-musher mom.

With her team on the starting line, DeBoer knows she’s done all she can, just like the other mushers. They have all been through similar extensive preparations that most spectators will never fully understand. Though my connection to this aspect of life in the north is limited to the questions I ask and the dogs I pet, I gladly contribute a cheer for a safe and exciting race for dogs and humans alike. 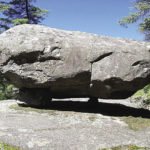 Stone Mysteries in the Northern Wilds 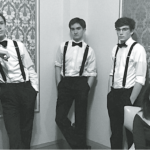 Laney and the Tramps put Talent on Display