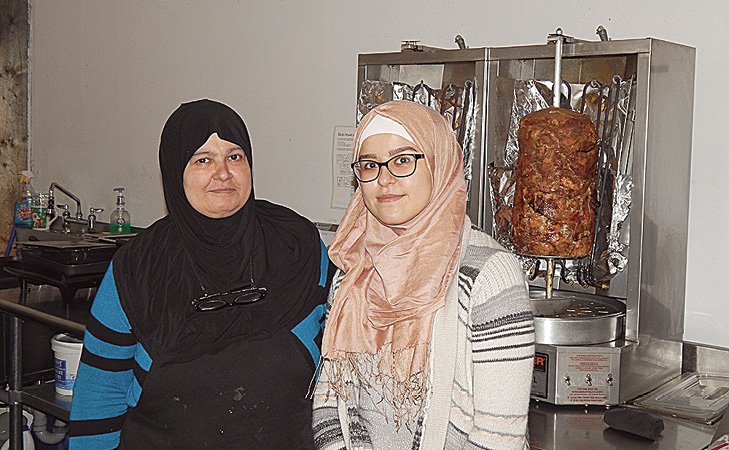 Thunder Bay is a far cry from Aleppo, Syria. The Royal Aleppo Food restaurant, operating in takeout mode due to COVID-19, is nonetheless a bit of the Middle East in northwestern Ontario. In the cozy space of the restaurant are stories of flight from war, survival and making one’s way in a new land. Nothing is as it was for 24-year-old Aya Wadi, her 6-year-old brother Alaa, their father Khaled Wadi and mother Duha Shaar.

“I wanted to be an interior designer,” Aya says as she relays a dinner order to her mother, the restaurant’s main chef. “I used to draw all the time. Not much, now…”

“My mother was a seamstress,” she adds as she helps wrap the order for a waiting customer. Her father Khaled is not evident at the moment, as he is out doing the shopping for the restaurant.

The city of Thunder Bay is also a far cry from the Middle East, especially from the Wadi family’s experience in a refugee camp in Istanbul, Turkey, where they lived for three years.

“We worked while we were there,” Aya explains. “We did not take any aid, but we were not welcome in the country. It was the worst three years of my life.”

Eventually, most members of the family made it to Canada in 2017, only to encounter a seasonal challenge: A Thunder Bay winter. In an unhappy way, this was nothing new for them.

“We didn’t have adequate winter clothing when we came here, “Aya remembers. “But life conditions were getting harder and harder in Aleppo. It was a struggle in winter to keep warm.”

Just then, another customer comes in to place an order. “I liked your Facebook page,” she exclaims, as she and Aya read over the whiteboard menu that covers a sizable portion of the interior wall. The illustrated menu board shows such now-familiar Middle Eastern meals as shawarmas and donairs, featuring thinly-sliced meat roasting fragrantly on a vertical rotisserie against the back wall, and mezze (appetizers) or rice platters. The customer agrees to a shawarma and adds, at Aya’s suggestion, a package of special Middle Eastern desserts.

Grateful to be able to start life over, the family cast about to find work. Mother and daughter participated in the local Roots to Harvest Cultural Kitchen program in 2018, a move that was to have far-reaching results. Firstly, Duha Shaar’s cooking skills came to the fore, and secondly, one of their recipes from home was chosen to be included in the United Nations High Commissioner for Refugees (UNHCR) e-cookbook, Tastes from Home.

Encouraged that food service might be a way to make a living, the family created the Royal Aleppo Food catering business. As catering proved to be too much effort for the return, the Wadi family purchased the popular Toubadji family Damascus Donair restaurant on St. Paul Street in early 2020. Royal Aleppo Food restaurant was born, and took off like a rocket as many Lakeheaders had developed a taste for Middle Eastern cuisine. And then suddenly, COVID-19 hit.

“It is important to keep everyone safe,” Aya says, gesturing to the drastically altered restaurant interior. A line of tables leading from the front door restricts customer access, but allows the Wadis to take orders and deliver the finished meals, while protected by large Plexiglas screens.

“The name of our restaurant comes from our home city. My mom wanted to honour that,” Aya says with a smile.

The recent publicity from the UNHCR cookbook has helped boost interest and business from local people; the family are very grateful for the manifest community support from fellow Lakeheaders. Besides the joy of sharing their cultural culinary heritage, the Wadis have an additional mission in mind.

“My brother Mohammed is in Germany right now,” Aya explains. “He designed our logo. We want to bring him to Canada and reunite with him. We will sponsor him. That is one of the main reasons for the Royal Aleppo.”

It is fair to say that every order at the Royal Aleppo Food brings the possibility of family reunification a little bit closer. 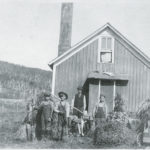 The journey of genealogy 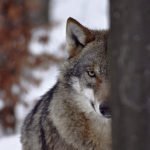