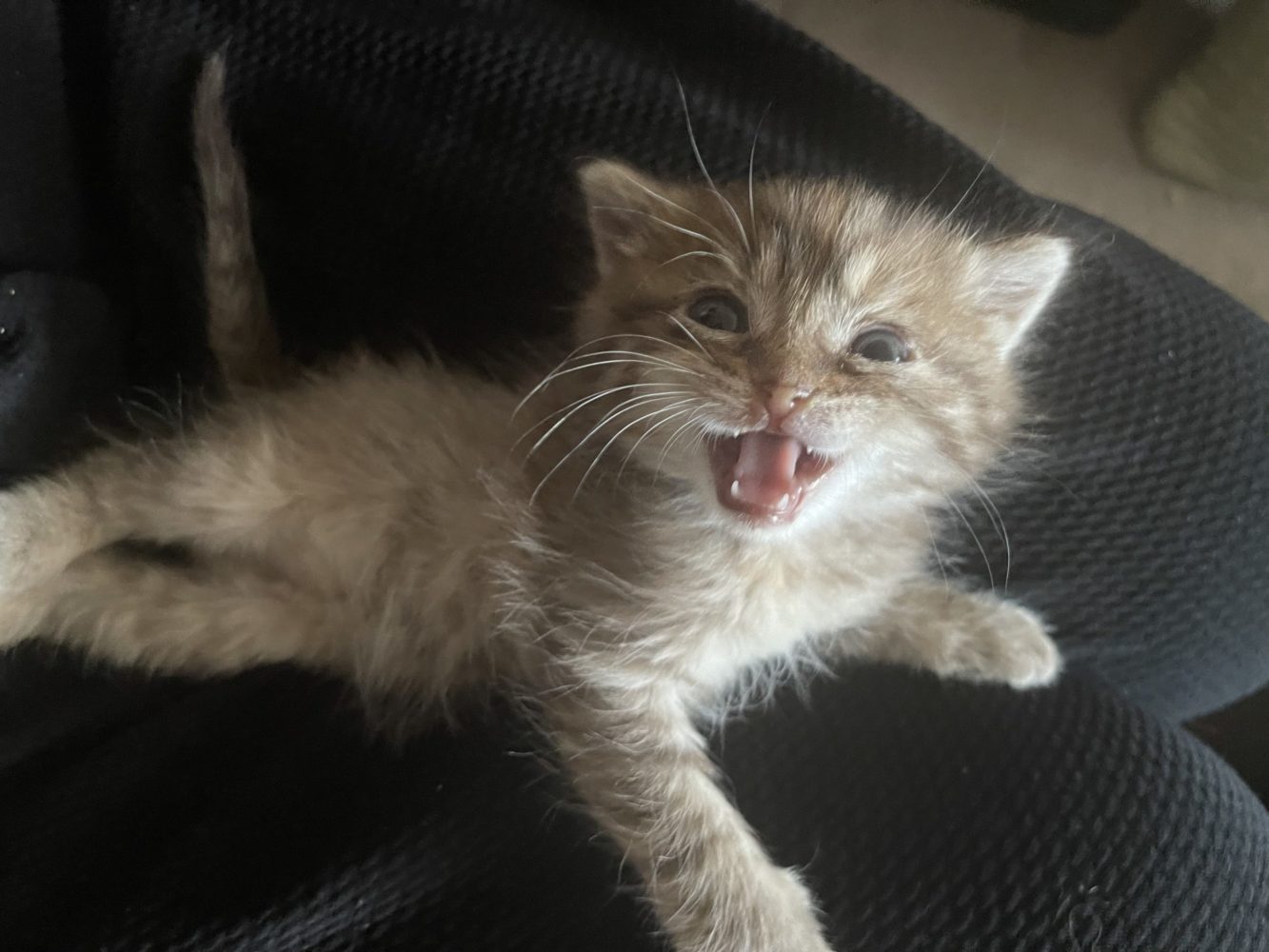 Mr. Bojangles is a very lucky cat. And the slim grey tabby has a passionate New Zealander human to thank for it. Bojangles’ story began like that of many cats who find themselves in the safekeeping of Caring Hearts Cat Rescue and Sanctuary in Thunder Bay. He was homeless, one of some several hundred felines in the area who are deprived of, or never had, a household in which to live. While Caring Hearts arranges for the immediate medical and nutritional needs of the homeless critters, humans who foster or adopt the cats are a crucial component of their rescue and settling.

Enter people like Ruth and Richard Kamo, whose Canadian-born New Zealander granddaughter Tori Chapman-Kobot had a bee in her bonnet.

“Tori was staying with us while she went to Lakehead University,” Ruth remembers. “She really wanted a cat. To persuade us, she even put together a PowerPoint presentation for us on the pros and cons of having one in the house.”

“We wanted a cat ourselves, but not a permanent pet,” Richard adds. “We like to travel, so fostering became a compromise. Tori did the whole application process. They OK’d her, and us by extension.”

And so began the parade of some 20 fostered cats entering and leaving the Kamo household over the period of a year.

Fostering is a key link in the chain of events that lead hopefully to providing permanent homes for needy cats in the area. Once a homeless cat is captured or dropped off, it needs shelter, food and usually medical attention. This last includes detecting any diseases or conditions that need rectifying. Caring Hearts in Thunder Bay is fortunate to have the cooperation and facilities of Thunder Bay City Animal Control for this step. Without such facilities, the work of Caring Hearts would be all but impossible.

While adoption is not on the table for the Kamos, fostering has been a tremendously rewarding adventure.

“The first cats were very frightened,” Richard remembers. “There was a lot of hiding under the couch, but they started to come out after a couple of days.”

“Altogether, it was a great experience, even with some of the worst things that happen sometimes, like knocking things over or eating the houseplants,” he smiles. “They’re cats—curious!”

“Our most adventurous foster was Tiny, who came to us very pregnant,” Ruth says. “We had no idea when she would give birth, so we were surprised after about a month when we came home from going out, to find a kitten on the living room floor.”

Mother Tiny had rejected the kitten, which proved to have a deformity. The other five were nursing vigorously off the mother, and at this time, the scope of Caring Hearts’ foster support came to the fore.

“We had been a little concerned about the cost of fostering, but we didn’t have to worry,” Richard says. “Caring Hearts provides everything: food, litter, toys, vet services. For Tiny and the kittens, they even loaned us a playpen so we could control the movements of the pack.”

Eventually, granddaughter Tori moved on to employment in the Northwest Territories, but was memorialized in a way by the Kamos giving the kittens Kiwi (New Zealand) names like Pavlova, Taika (for renowned Maori filmmaker Taika Waititi), Gumboot, etc. Fosters like the Kamos often get to name their temporary charges. Though the Kamos will foster again in the foreseeable future, they have suspended that for a time as they will be renovating their condo unit.

Was it hard to give the fosters up for adoption?

“Not really,” Ruth says. “We knew that they were going to good homes.”

Of course, as sometimes happens, one of the Kiwi kittens was renamed after adoption. He is now Mr. Bojangles and lives with Ruth’s brother and sister-in-law two doors away, so he is able to visit any time the fosters want.

Arrowhead Animal Rescue does the work of finding or receiving stray or abandoned pets and seeking homes for them in Cook County. The need for both facilities and vet care, and potential fosters and adoptions, is much the same as in the Thunder Bay area. However, those people trying to make a difference for needy pets in Cook County are struggling.

“We are the only thing in Cook County working in animal rescue,” says Arrowhead’s Gay O’Donnell. “What we try to do is when somebody calls us (at Arrowhead), we go and pick up the animals, get them checked out by the vet, and look for foster homes, or adoptive homes for them. With COVID now, a lot has changed.”

Arrowhead also lacks a critical link in the adoptive chain.

To look northward across the border for comparison, those involved with animal rescue in the Thunder Bay area have facilities to place the rescued animals before they are fostered or adopted out. Thunder Bay District Humane Society and Thunder City Animal Control both offer temporary facilities where the animals brought in can be checked over by veterinarians, fed and sheltered, until new homes can be found. The Humane Society even has the benefit of a weekly vignette on the local tv station to advertise a pet needing adoption.

While veterinary services are available in Cook County, Arrowhead Animal Rescue lacks the equivalent temporary facility for the rescued animals to shelter before fostering or adoption takes place.

“We used to put them in the dog pound,” says O’Donnell. “But the city (Grand Marais) took it down. Now there’s nowhere for the animals to stay before we can find fosters. We were told to take them to Duluth.”

“It was a terrible building, anyway,” adds Dale Peterson, Arrowhead’s treasurer. “But at least we could keep them there for a time and have them looked after. But now without a place like that, we can’t just leave the animals with the vet—they don’t have enough room for them. That leaves our homes, but with COVID, we can’t just have strangers come over to check them out, either.”

While there might be signs of a replacement building on the horizon, it is fair to say that between the lack of a temporary facility to house the rescued animals, and the effects of COVID-19, the work of Arrowhead Animal Rescue is temporarily in limbo. However, the need for the work has taken no holiday.

“Someone recently reported two abandoned huskies, a female in heat and an intact male,” Peterson recalls. “Where do we put them?”

“There are pets that get loose and are found, and some people are still abandoning pets,” O’Donnell adds.

“Those people who are willing to foster mostly already have pets. Bringing a foster into the territory of another animal is risky,” says O’Donnell. “There’s nowhere that we can temporarily place them. I cringe when I get a phone call now.” 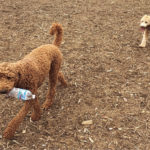 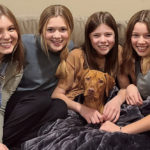