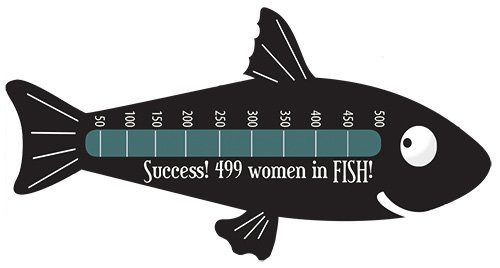 Grand Marais—Over the past year and a half, eating fish has received some extra attention on the North Shore. Nearly 500 women participated in a study examining fish consumption, mercury exposure and health. The Fish are Important for Superior Health Project, also known as the FISH Project, has been focusing on helping women and their families to enjoy the health benefits of eating fish, while lowering their exposure to mercury. This project came about after a study found that 10 percent of babies tested from the North Shore area had mercury in their blood above the level considered safe. Mercury exposure is of concern for individuals of all ages, but developing fetuses and children are most at risk. Exposure can affect a child’s ability to learn and process information.

This project brought together several key partners, including the Sawtooth Mountain Clinic, Grand Portage Health Service and the Minnesota Department of Health, to recruit participants to complete a survey and provide a blood sample for testing of mercury and omega-3 fatty acids levels. Overall, the results thus far have been interesting and helpful for many study participants and community members. 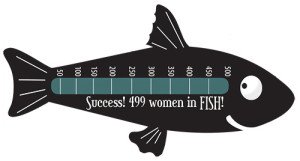 The 499 participants reported eating over 40,000 meals of fish in the previous year, with 28 percent of them being locally caught fish. The testing showed that most participants had low levels of mercury in their blood. However, the middle value or median level for the group, 1.16 micrograms per liter (mcg/L), was higher than the U.S. and Canadian averages for women. In addition, 3 percent of participants did have mercury levels above the level considered safe for a developing fetus (5.8 mcg/L). The participants with high mercury levels had self-reported eating more fish than recommended, according to the Minnesota Department of Health Fish Eating Guidelines. As part of the project, these participants were counseled on how to lower their mercury exposure based on the fish they were eating. As one study participant shared, it was “interesting to be a part of the study—mercury in fish is not something I really thought about before, so it’s good to be more aware and have resources about it.”

Three species of fish were eaten too often by the participant pool, based on the guidelines: lake trout, walleye and canned tuna. This was especially of concern during the summer months, when consumption was higher as local fishing is more prevalent. Walleye and lake trout are recommended no more than one meal per month for women of childbearing age and children age 15 and younger. However, lower mercury fish can be eaten along with one serving of a higher mercury fish.

In addition to participants’ mercury levels being tested, the levels of two omega-3 fatty acids, DHA and EPA, were also tested. DHA is important for brain and eye development in a fetus. “I think it is important to know how to eat healthy and incorporate fish into your diet…I eat some fish, but not a lot, and I should do a better job of eating more,” shared another study participant, highlighting the balance between achieving the health benefits from fish while reducing the negatives with mercury exposure.

“Results from these analyzes will help improve future communication of fish consumption advice and identification of women who may be at higher risk of too much exposure to mercury,” said Patricia McCann with the Minnesota Department of Health.

Analysis of the data from this study is ongoing and a final report will be available by late fall 2016. Updates will be available on the Sawtooth Mountain Clinic website and information about safe fish consumption is available at www.sawtoothmountainclinic.org. 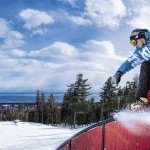 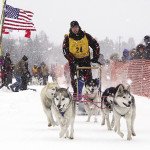