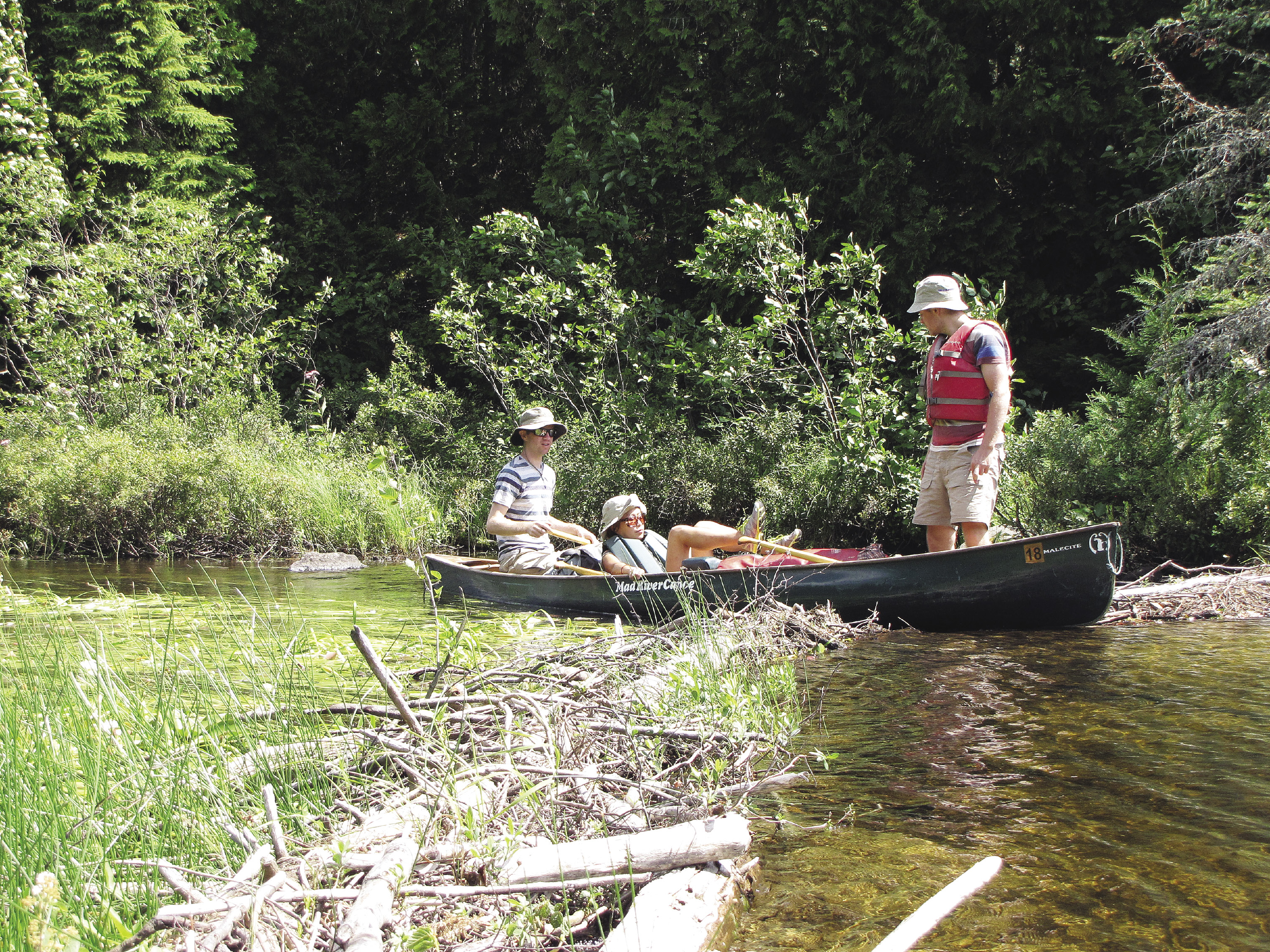 The Forest Service has a trip planning guide on their website for the Boundary Waters Canoe Area. | ERIN ALTEMUS

Technology and wilderness seem to be in opposition of one another. After all, most of us head to the wilderness to get away from our screens. But when it comes to an emergency, technology may be a lifesaver—or at the very least, a tool that can go a long way in helping to get through a tough situation. And yet, experts caution, none of these tools can take the place of general preparedness for a backcountry trip as they are not 100 percent reliable or a substitute for wilderness skills.

Here is a look at some emergency tools you might bring on your next wilderness trip.

While some safety technology has been around for a long time, some recent developments in newer technologies, coupled with the price drop in their implementation, has led many outdoor enthusiasts to reconsider their use.

A PLB or personal locating device, is a small box device that has been used longest by marine vessels and aircraft. It is a radio beacon that when triggered by its user, sends out a satellite message to a network of search and rescue operations. These devices range in cost from $250-$500, but there is no subscription fee. Once you buy it, you register the device and then it’s ready to transmit a signal whenever the user flips a switch.

The clear downside is that nothing more than an emergency distress signal is sent. There is no two-way communication. There have been plenty of cases where full search and rescue operations have been sent into a remote area, often at risk to the rescuers themselves, only to find a group that is not having a real emergency, or worse that the PLB was triggered inadvertently.

A newer version of the PLB is the SPOT tracker. SPOTs have several possible advantages over the PLBs. These devices are now being used for more than just emergency situations. Sled dog races worldwide are sending SPOTs with each dog team so that mushing fans can follow mushers as they progress along the race trail. The SPOT sends a signal at a pre-programmed rate (every five minutes for example) to a satellite, which can then map the user’s progress. Similarly, a hiker might program their SPOT to transmit their location so that family at home knows the hiker’s whereabouts on the trail.

Like the PLB, a user can send an SOS signal that will relay a signal to search and rescue groups. But the SPOT can also be programmed to send a non-emergency message via text to family, such as “everything is going as planned.”

SPOTs are priced around $150, but you must also pay a monthly or yearly user fee—typically $15/month or $150 year. Some features are extra.

The newest step up from SPOT trackers are a device that has a screen closer to a cell phone and can do two-way text messages to any cell phone, show maps like any GPS, send a tracking signal or send an SOS signal if needed. Again, this uses satellite technology, so in theory, you can use it anywhere on the globe—though satellite connections are not always reliable.

Made by Garmin and DeLorme, these inReach devices, as they are called, fall in the $200-$400 range, but also require a subscription service—similar in price to the SPOT trackers.

The most expensive tool, but perhaps the most useful, is the satellite phone. Most satellite phones look like the first cell phones on the market—they are big. Buying a satellite phone generally costs over $500 and may be closer to $1,000, so most folks going on a backcountry trip opt to rent. Fortunately, this is an easy proposition via the internet and local outfitters. Phones rent for $20-$50 a week, depending on the phone. The satellite phone time is expensive—usually around $1/minute. You can pre-pay for minutes (cheaper) or pay for the minutes only if you use the phone.

The biggest advantage here is that it’s a phone—you can talk to a human on the other end and work through a problem. Maybe you need to tell someone you will be a day late. Maybe there is a non-life threatening injury and you need information about how to treat it. Maybe you are in a remote place such as northern Canada, need to get picked up by a float plane and simply need to make sure the plane is coming. For not a huge investment, you can rent a phone and have the ability to make a call.

Technology and Wilderness: Friend or Foe?

Once upon a time, there were pay phones at many of the put-in/take-out spots around the Boundary Waters Canoe Area Wilderness (BWCAW). Most of them are now gone. While numbers fluctuate from year to year, there are always new-to-the wilderness users out in the BWCAW.

In the event of an extreme emergency in or around the BWCAW, a person or group could paddle to the nearest canoe landing, but if there is no pay phone, and no one around, what good will this do? The idea of an emergency device is appealing in the most dire situations.

YMCA Camp Menogyn, a wilderness tripping camp for teens situated at the edge of the Boundary Waters, elected several years ago to start sending satellite phones on all of their trips.

“The technology has become more reliable and the cost has come down, so they’ve become more practical. We don’t want to send them along for a false sense of security,” said Fred Sproat, program director at Menogyn.

“It’s also a standard within the [outdoor] industry that we have adopted. More and more programs have started sending these into the field as a best practice,” said Sproat.

For many years, the camp had been sending PLBs and then satellite phones on longer trips that forayed into Alaska, Canada and mountain ranges in the west. Now, every trip takes a phone.

Sproat said there have been changes in how the camp uses the phones as well.

“Back in the day, using the phone was only in the case of an emergency. Now, as they’ve been going out on every trip, we see folks calling in with reroute changes. We’re getting more calls for less serious situations. Maybe a group set out with a more ambitious route, but they can call and arrange a shorter route and different pick-up.”

One thing to consider, said Sproat, is that the phones don’t always connect immediately. Sometimes you get 30 seconds to talk before the signal is lost, so the importance of succinct communication is stressed.

“It’s not a magic bullet, but it is a tool that can help resolve a situation,” Sproat said.

One example Sproat pointed to is that especially in the mountain west and Canada, many groups have called in with sightings of smoke or smoke blowing in. Menogyn can help the group obtain updated information from local authorities about where the fires are actually located.

Menogyn also sends SPOT trackers on longer trips as a piece of redundancy emergency equipment. Sproat likes that the SPOT can send a pre-programmed message that is not necessarily for an emergency, such as “We are fine, but we are going to be a day late.”

Sproat stressed that a wilderness experience is such a great way to unplug and get away from all the distractions that come with technology, and these electronics are great tools, but keeping them as emergency tools is important.

According to Kristina Reichenbach, media spokesperson for the Superior National Forest, another thing to consider is how an intrusion from a rescue operation may impact other users’ experience. For any rescue situation, whether preventable or not, there is often a need for motorized use (something that has to be approved), a large group of rescuers, and sometimes even a plane.

“It’s an intrusion on what people go in there for,” said Reichenbach.

Her message is also to plan ahead and prepare.

“These are nice things to have, but it’s not a good idea to depend on them. Know where you are going, so if your GPS poops out, you can find your way out. Know your limits. Don’t take unnecessary risks. Have good equipment. If someone’s a first timer and not sure about their abilities, go to a service that can help with equipment, or consider a guided service. Before you leave home, leave an itinerary so folks know when you are going out and when you are coming back.”

Menogyn’s Sproat sums it up best.

“Just because you can make a call, doesn’t mean it will save your butt. You still need the tools, strong judgment and training to make it through a wilderness area.” 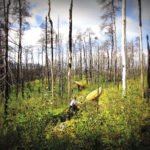 How to Plan (But Not Overthink) a Successful Canoe Trip 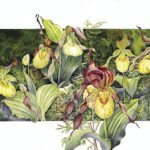