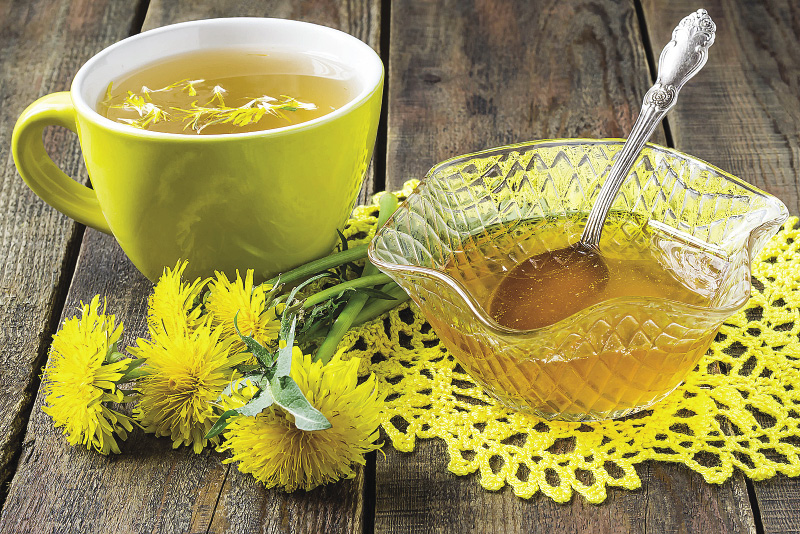 Dandelions can be prepared and served in many ways. The blossoms are relished by honeybees. | STOCK

Are Dandelions Edible? Absolutely!  Eating dandelions is all the craze. Although the dandelion is considered a first class enemy by golfers, groundskeepers and homeowners who cringe at the sight of a bright yellow flower rearing its head on a lush, green lawn, European and Asian nations have benefitted from its wealth of nutritional properties and variety of uses for generations. Dandelions also offer a crucial food supply for pollinators in search of an energy source at the onset of spring. From teas and tinctures to wine and salad greens, the dandelion has earned respect among wellness experts, carved out shelf space at health food stores and is finding its way into the diets of Westerners from forage-to-table.

Dandelions Meaning: There are more than 250 known species of the dandelion (Taraxacum) belonging to the Aster family. The plants typically have sharply serrated leaves, which is where many people say the dandelion gets its name: “dents-de-lion” is French for “lion’s teeth,” but before that, the Latin name was dens leonis, according to John Kallas, author of Edible Wild Plants: Wild Foods from Dirt to Plate.

Dandelions Identification: While these hardy perennials have many look-alikes, they can be distinguished from other imposters with a couple of quick and easy identification tools. A true dandelion leaf is completely smooth to the touch on its underside and grows from the ground in a basal rosette pattern. Often confused with sow thistles, which are hairy and prickly to the touch and bear two or more flowers on each stalk, a dandelion will produce only one flower per stem.

“My neighbours love me. They hate their dandelions and I take them,” boasts Karen Stephenson, a foraging expert based in Southern Ontario who has dedicated her career to the advocacy for edible wild plants as food and medicine. “The free food is out there.”

Stephenson has led a plant walk in Thunder Bay for Ontario Nature’s foraging education programs and has a lot to say about the benefits of eating dandelions, outlined in her website www.ediblewildfood.com.

Rich in vitamins A, C, E and K and the minerals copper, phosphorous, potassium, iron, calcium, sodium and magnesium, dandelions are nutritional powerhouses. In fact, Stephenson claims that one cup of raw dandelion greens contains 112 percent of the daily required intake of Vitamin A and 535 percent of Vitamin K.

The root contains powerful cleansing properties and can be used as a tea or extract to purify the blood, manage insulin levels and restore the functions of the liver, kidneys, gallbladder, pancreas and spleen, where toxins accumulate.

“It’s rather ironic that many people in Canada, the U.S. and in Great Britain collectively spend millions of dollars every year trying to kill something that has a wealth of proven health benefits,” writes Stephenson in her book, Fields of Nutrition.

To the beginner forager, dandelion greens can turn out to be a disappointment. After all, anyone with even a slight aversion to bitterness could dismiss their taste as unpalatable, even when cooked and slathered in butter. The key is to know what you are doing, and once you do, these prolific greens can be enjoyed as a nutritious vegetable.

The dandelion has six edible parts: leaves, flower buds, upper bud stem, flowers, heart and roots. The flavour and texture of these greens (and greens in general) can vary wildly depending on the growing conditions and their stage of life (think of how tender baby spinach compares to a more mature, tougher version of the same plant).

Bitter-free dandelion leaves are most often found in the early Spring, but even then they can be difficult to find. John Kallas speculates that this plant’s bitterness is influenced by three factors: excessive sun, slow growth and root storage of bitterness.

“The first and most important source of bitterness for dandelions is sunlight. Dandelion’s bitter chemicals are made in proportion to the amount of sunlight the leaves receive. The more intense and longer the duration of sunlight baking a leaf, the more bitter it will be. Conversely, less bitter greens are produced during a period of rapid spring growth; the plant receives a low amount of sunlight since the sun is still low in the sky and the days are short,” writes Kallas.

When searching for non-bitter greens, look for quick growth, advises Kallas. The more rapid, the less bitter the greens, even in the summer. So how do you identify leaves undergoing rapid growth? “Look for luxuriant growth where the leaves look so good they could be sold in the produce section of a supermarket,” he says, and select the center-most elevated leaves that aren’t touching the ground.

In this case, size doesn’t matter. Rapidly growing leaves can be anywhere from three to 18 inches long. But a lot can be told by the colour. Avoid leaves that have marks, insect damage, or are dark green, which tend to be outer leaves that are older, more bitter and tougher. Bright green indicates youthful, rapid growth.

Kallas advises keeping three things in mind when foraging for edibles. Know the habitat and be aware of potential contaminants in the surrounding environment—harvesting wild edibles along a busy roadside or industrial area is an obvious no-no. Keep the leaves fresh in transit and don’t allow the milky juice to bleed onto and stain the leaves.

Bitterness can be managed in two ways: 1. Learn to love it or 2. work dandelions into other food dishes to dilute their strong taste. Instead of overpowering the meal with bitterness, dandelions can add character to its flavour. Boiling anywhere from four to eight minutes is touted as one of the best methods of reducing much of the bitterness.

The buds, flowers, hearts and stems should not be forgotten in the context of harvesting and cooking dandelions. Sweetly flavourful, fresh petals can be used as garnishes in salads and sandwiches and even fermented into wine. The hearts can be oiled and baked with other foods like mushrooms and quinoa for a hearty dish that eats like a meal.

In certain circles, the dandelion is widely revered for its uses in both food and medicine. This weed is perfectly safe to eat and offers inspiration to culinary enthusiasts who are only limited by their imagination.

In the seminal foraging book Stalking the Wild Asparagus, author Euell Gibbons described a March meal he shared with friends that consisted wholly of dandelions. He wrote:

Spring is the best time to be eating dandelions. Many folks living in the Northern Wilds have an excellent place to harvest whole plants: their gardens. You can easily dig up whole plants and begin turning over the soil at the same time. And, dandelions being dandelions, you can harvest from the same garden year after year. Thoroughly scrub and clean the dirt from the plants. Then you can separate them in the following ways: 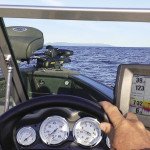 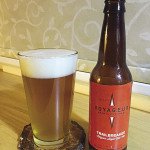