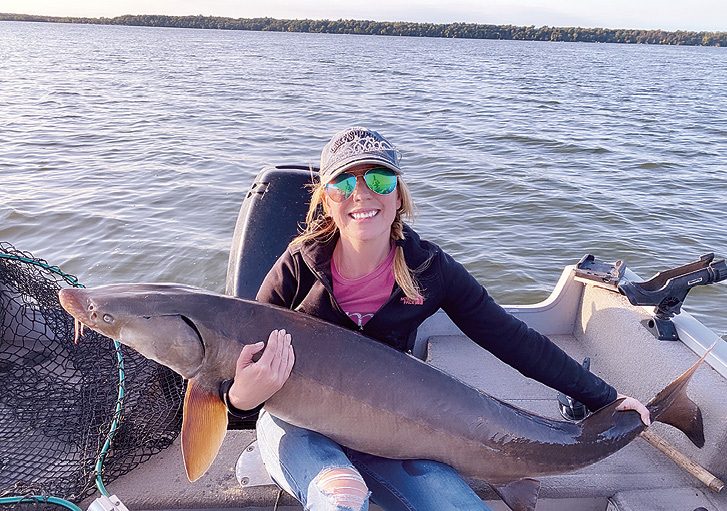 This 59-inch sturgeon was less than 2 inches shorter than Amanda. Amanda still plans to catch a fish longer than she is. | SUBMITTED

You’ve got to be skeptical of people these days when they tell you they have experience at something. Just because you have a YouTube channel, that doesn’t mean you’re an expert.

So, when my girlfriend Amanda said that she fished when we first met, I raised an eyebrow. Was she going to be one of those “anglers” who clearly didn’t have a clue?

Well, she had the gear. And she had pictures of herself holding fish on Facebook, not that I creeped on her and scrolled through all her photos at 2 a.m. (it was actually closer to midnight). Long story short, her claims checked out.

At 5-foot, 1-3/4 inches tall, she doesn’t exactly strike fear into fish merely with her presence. I mean, maybe small bluegills, but I don’t think any walleyes would take her seriously. But once she learned that I fish for muskies, she decided she wanted to catch one, never mind the fact that up until this point, her biggest fish was a 5-pound pike.

Muskie fishing is truly boring. In fact, I know several people who have dropped out of the sport to take up the more exciting hobby of watching paint dry. You cast for eight hours a day, undergo a couple rotator cuff surgeries a year, and then if you actually see a fish—not even catch one, but just see one—you congratulate yourself on a great day. It’s totally absurd.

Because I had to endure those hours in the boat as well, I decided to take Amanda to a lake that has northern pike in addition to muskies. That way, I figured we could at least catch something.

Not too long into the day, Amanda exclaimed, “I’ve got one!”

She pumped on the rod, which was bent over double. She strained to crank in the monster. And then she did something I’ve never witnessed an angler do before or since: she dropped to her knees in the bow of the boat. Why? For leverage? To keep the fish from pulling her overboard? I’ll never know.

I decided I’d better grab the net. This had to be a monster! Amanda cranked on the reel as best she could. Despite its best efforts, the leviathan fish was unable to pull her overboard and swallow her whole. It was a see-saw battle, with the fish winning most of the time. Finally, the fish drew near the boat and I netted it. Was it a state record muskie? Um, no. It was about a 15-inch northern pike encased in a 6-foot glob of weeds. The weed ball looked like a giant jellyfish that had swallowed a small fish.

That was how she handled a small pike? What would she do if she actually hooked a large fish?

Later that fall, I took her on a 100 percent muskie fishing trip. There would be no northern pike to fall back on. This was “go big or go home” time. I explained to Amanda that muskies are known as the fish of 10,000 casts. We weren’t likely to catch one, but if we tried all day, maybe we’d get lucky.

I began by putting a live sucker under a bobber. Live bait often works wonders for muskies, especially in the fall. I placed that rod in a rod holder, then I showed her how to use a jerkbait on a different rod. Unlike a lot of lures, you don’t simply cast out a jerkbait and reel it in. As its name implies, you have to impart action to it, by—wait for it—jerking the lure through the water. I had made a couple casts with the lure to show Amanda how to sweep the lure through the water when the clicker on the other rod started screaming like something from Jaws had latched onto it. Amanda set the hook and reeled in a 43-inch muskie. She had subdued the fish of 10,000 casts in something like five minutes of fishing.

“That was fun,” she said. “We should muskie fish more often.”

Fishing for sturgeon isn’t rocket science. You pitch out a gob of nightcrawlers weighted down by a heavy sinker and wait for a bite. I assured her that we needed to download a movie on her iPad so we wouldn’t get bored, since we didn’t have any paint along that we could watch dry. We hadn’t even pulled up the movie yet, when, once again, a reel started screaming.

Amanda grabbed the rod, which doubled over again, although this time, I was pretty sure she was hooked up with a pretty legitimate fish; not a small fry entombed in weeds. The fish was staying down and giving her everything she could handle (yet she never dropped to her knees). After a few minutes, the prehistoric fish went completely airborne, which took her breath away. The 51-inch fish weighed probably close to 50 pounds and was by far her largest. While she was reeling it in, another rod bounced and I reeled in a very small, very weak 26-inch sturgeon. The nightcrawlers it had eaten put up more of a fight than that fish.

Later, Amanda hooked an even bigger fish. This 59-inch sturgeon fell just 2 inches short of her goal of catching a fish as long as she is.

So much for those photos of Amanda posing with crappies and bluegills on her Facebook page. I feel like someone who has been hustled by a pool shark. Actually, let’s not use the word “shark.” That’ll probably be next on her list. 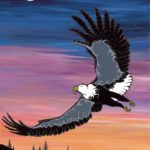 Bald Eagle in Flight at Sunrise 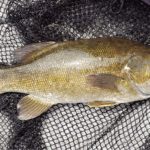