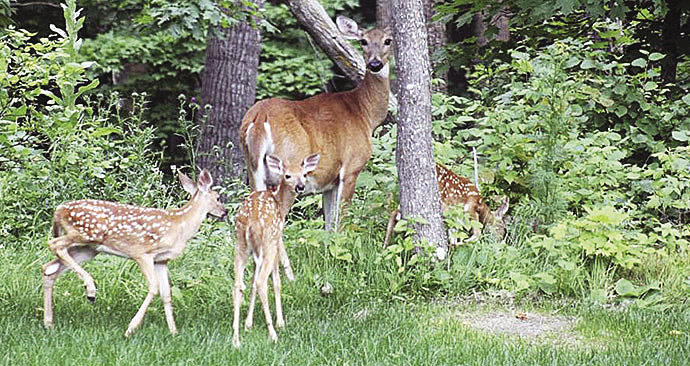 Deer numbers are on the rise this year. | DNR

ST. PAUL—Hunters can expect the 2015 deer season to be similar to last year, according to the Minnesota DNR.

“The 2015 deer hunting regulations will be quite similar to last year, with one-deer limits in most of the state,” said Leslie McInenly, big game program leader for the DNR. “Hunters should check the 2015 regulations early, because in the majority of areas, hunters will need to apply for a permit to shoot an antlerless deer.”

Hunters can buy deer licenses and apply to the lottery for antlerless deer permits starting Saturday, Aug. 1. The deadline to apply for the lottery is Thursday, Sept. 10.

Along the North Shore and throughout much of the region, last year’s fawns survived the recent milder-than-average winter and there should be a good number of yearlings entering the breeding population this fall. Permit areas in the moose range are designated lottery (limited antlerless tags available by drawing) to maintain lower deer populations.

An increase in deer numbers appears to be off to a solid start in northeastern Minnesota. Winter in the northeast wasn’t mild, but it was milder than average. However, compared to other areas of the state, a deer population recovery in the region can be slower due to a shorter growing season, fewer fawns per doe on average, fewer deer per square mile, winter severity and predation.

With that in mind, wildlife managers are reporting good fawn production overall, with single, twin and occasionally, triplets fawns seen. Does appear to have come through the winter healthy enough to support the physical demands of nursing. Fawns are traveling with their mothers at times, are including more vegetation in their diets and appear to have healthy weights for this time of year. Bucks are sporting velvet-covered antlers right now and antler growth is good.

Good fawn production this spring has been welcomed site areas where winter severity was extreme in the far northern reaches of the state for three of the last four winters, and where deer populations had declined the most statewide. In the more southern portions of the northeast region, winter severity was not as extreme, but population numbers are still below target and are being managed for increases.

Duluth and some Iron Range communities will hold special in-town hunts to reduce the number of city deer. Permit areas around the Aitkin and Brainerd areas will generally be designated as lottery, with a limited number of antlerless tags issued, and more permit areas will be restricted to bucks-only the farther one travels north. 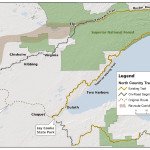 Back to Congress, again