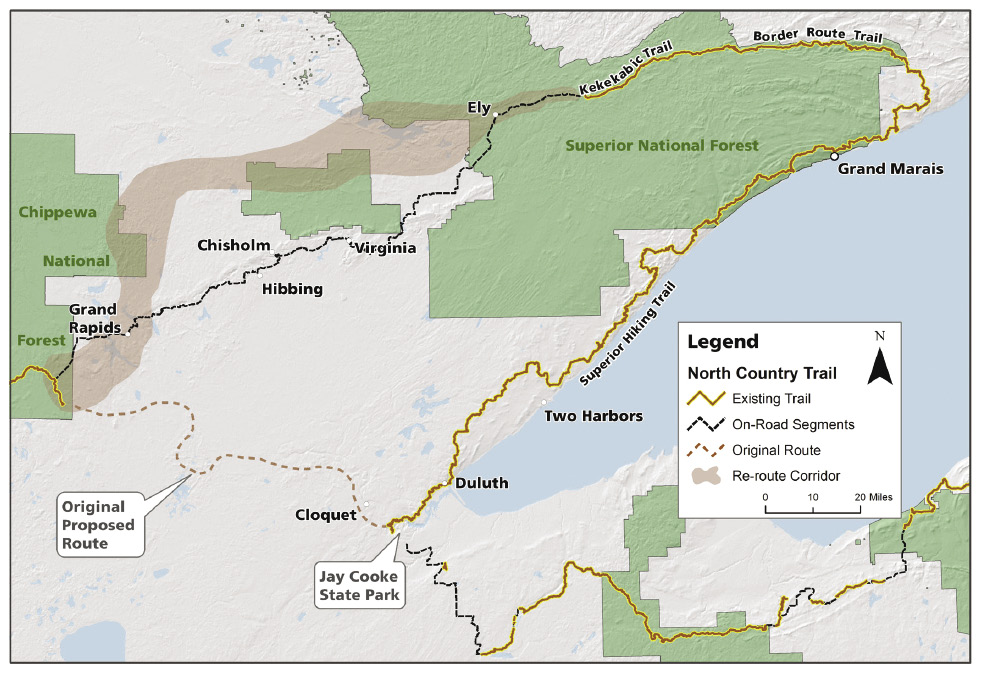 The “Arrowhead Re-route” would replace the NCT’s original route of 100+ miles between Jay Cooke State Park and Remer, with a new scenic route through Minnesota’s “Arrowhead.” The new route includes the Superior Hiking Trail, the Border Route Trail and Kekekabic Trails within the Boundary Waters. The last piece would be 150 miles of new NCT to link the Kekekabic Trail with the existing NCT near Remer. This would tie together the Boundary Waters with Ely and Bear Head Lake, Soudan Underground Mine-Lake Vermilion, McCarthy Beach and Scenic State Parks.

Since 2004, the North Country Trail Association (NCTA) has advocated for the re-route legislation in Congress. Despite local support and no opposition, all previous efforts have failed. Learn more at www.northcountrytrail.org/arrowhead-re-route. 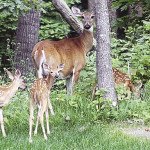 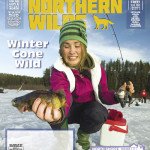