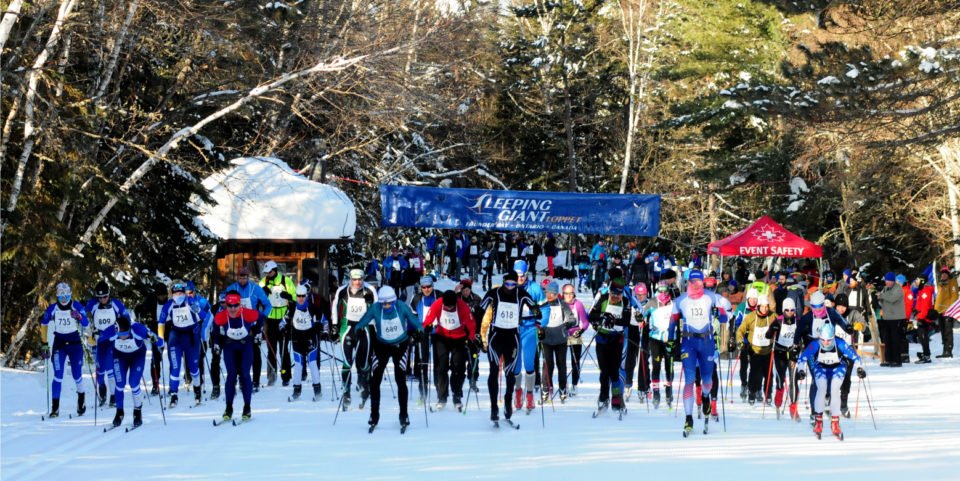 The Sleeping Giant Loppet attracts about 800 participants and is one of the best-loved nordic events in the Northern Wilds. | JOHN SIMS

Time flies when you are having fun. For 43 years, Nordic skiers have gathered near Thunder Bay for a skiing event known as the Sleeping Giant Loppet. Race coordinator Peter Gallagher has been involved with the event for 40 years.

“I hope to make it to the 50th Sleeping Giant Loppet as the coordinator,” he said.

The race events take place in Sleeping Giant Provincial Park on March 7. The main event is the 50k race which incorporates a 20k figure eight course around Mary Louise Lake and an additional 30k on the Pickerel Lake and Burma trails. The route is laid out so that skiers only repeat 3k of trail. The 50K race has three events: free technique, classic and a “skiathalon” where racers do the first 22k as classic and then switch gear at a checkpoint and skate the final 28k. There is also a 35k event that follows the Pickerel Lake and Burma route, as well as an 8k mini loppet. This year, vision-impaired skiers with guides will take on the mini loppet.

Online registration is open to Tuesday, March 3. On March 5-6, late entrants can register in person at the packet pick-up at Kam-View Nordic Centre. There is no race-day registration. When registering, participants can pay a $10 fee for a highway coach shuttle to the race leaving from a couple of locations in Thunder Bay.

Most years, the loppet attracts about 800 skiers. At this writing, Gallagher said early registrations were about 100 ahead of last year, which he hoped leads to a significant number of new skiers entering the race. He believes the mild, snowy winter may be encouraging more folks to go skiing. Trail groomers told him a picnic table along the route was covered with 100 centimeters of snow. The deep snow won’t wreak havoc for racers in the same way it has for other winter recreationists who have contended with slush conditions on frozen lakes. Only about 100 meters of the race route is on ice.

The loppet attracts skiers from a broad area, including Minnesota, Wisconsin and Michigan. Last year, there were three or four skiers from Utah. One of the more unusual entrants came from Yuma, Arizona, where he had roller-skied through the winter to train for the race.

Running the race requires about 280 volunteers, who work hard and have fun while doing it. Gallagher said some volunteers are starting to “age out,” but he is encouraged the loppet is attracting new blood with students from the outdoor program at Lakehead University. The tie with Lakehead goes back to the loppet’s beginnings, when members of the school’s Outdoor Recreation Club borrowed a van from the shop Fresh Air Experience to participate in a ski marathon in Ottawa. They were inspired by that event to start the loppet in 1978.

While the vast majority of skiers enter the race for fun, cash prizes are available for those who want to compete. The 50k free technique has men’s and women’s divisions with prizes of $1,000, $500 and $300 for first, second and third place. The 50k classic has prizes of $500, $300 and $100. The race attracts some quick skiers. Two years ago, a skier broke the two-hour mark for the finish.

There are no qualifiers for the race, which begins in self-determined waves beginning at 9:45 a.m. and going every 15 minutes. The final wave includes parents pulling children on chariots.

When the race is over, participants can gather at Sleeping Giant Brewery in Thunder Bay for an awards social. 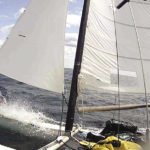 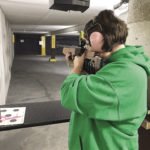