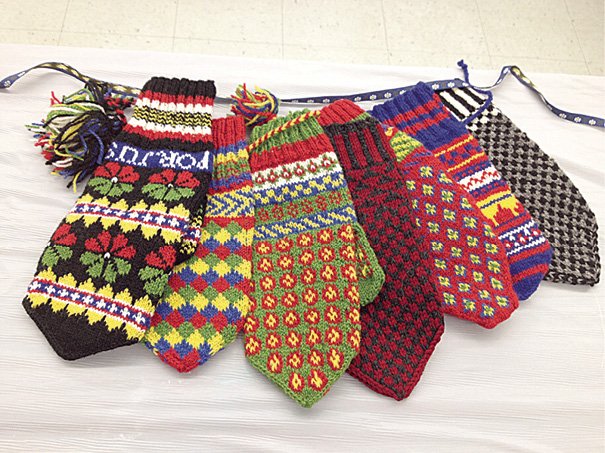 Color—that is what has lured me down this garden path of Sámi knitted items. I was already a lover of all things knitted and Nordic, but those beautiful colors on the Sámi gákti (traditional outfit) called to me.

In 2010 I flew to Seattle to attend the Nordic Knitting Conference held at the Nordic Heritage Museum so I could expand my knowledge of knitting. I love the precise work, the wool, and the patterning. During my time there, I toured the permanent holdings at the museum and stopped to wonder at the Sámi traditional outfit.

But before we go on, we must answer the question: who are the Sámi? The Sámi are the Indigenous peoples of the northern Nordic lands and the Kola peninsula of Russia. Perhaps you know them by the name “the Lapps,” but today this is considered an ethnic slur. They prefer to be called by their self-name “the Sámi,” which means “the people” in their own language. Historically known as the reindeer people, today only 10 percent of the Sámi are involved in reindeer husbandry.

Back in 2010, the first gákti I viewed had a clear blue background edged with a multitude of thin ribbon, each sewed on individually. The neck opening, the cuffs, and the various seams along the shoulders and back had echoing rows of ribbon. Each gákti is different and can indicate to others the area of Sápmi (the traditional homeland of the Sámi peoples) from whence the wearer comes. Styles can be so precise and specific that the gákti can communicate if the wearer is male or female, married or unmarried, and from which family he or she comes.

The knitted mittens are a later addition to the traditional gákti. Knitting came to the Sámi from the peoples of the south. One visiting Dane wrote about viewing Sámi knitting in the mid-1700s, but, through my research, I have not found more references to knitting prior to the mid-1800s. Before this time, most Sámi garments were made from reindeer skin. Reindeer skin leggings and mittens were de rigueur. Such items would be wind-proof and warm with the materials easy to obtain. Instead of socks, Sámi would use sedge grass, harvested and dried during the summer. Sámi traditional shoes have the curl at the toe, which allows for extra space (as well as toeing into skis, which the Sámi invented). Sedge grass was both an insulator and absorptive for sweat.

Since all these traditional elements of dress were well covered already, once knitting came on the scene the only area it really impacted was hand coverings. Sámi mittens are a beautiful, colorful celebration reflecting the rest of the gákti. As a result, each area of Sápmi has different mittens. The patterns are all different, but all share four similar elements according to my study: the style of cuffs, the making of the thumbs, the manner of decreasing on the mitten tip and thumb, and the braid that hangs from the cuff.

Sámi traditional craft is both beautiful and useful. For a people who traditionally packed up all their belongings to seasonally follow the reindeer, they did not own many items, but what they owned needed to be durable. And, often, those items would be decorated—inlayed, carved, embroidered—with beautiful designs. Traditional Sámi mittens are no different. Cuffs can be either fitted with ribbing or as wide as the mitten—the style chosen according to the mode and need for the mitten. For fishing or forest Sámi, most often their mitten styles have a fitted/ribbed cuff. Nothing could be worse than fishing above the Arctic circle and losing a mitten! For reindeer herding Sámi, the mitten design more closely resembled the reindeer mittens, which could be worn over the knitted mitten for colder seasons. Wide, open cuffs allowed the wearer to be able to shake the mitten off when the hands were needed quickly to adjust a harness or tend to an animal.

Knitted “peasant” thumbs are arguable the easiest knitted thumb to make and have been used on every knitted Sámi mitten I have observed save one. Peasant thumbs are easy to make, easy to fake (if you forgot to make one) and can more easily mimic the pattern on the palm of the hand during knitting. Decreases on the mitten tip and thumb are likewise easy and are exactly like each other. Braids from the cuff allowed the mittens to be tied together during drying, in storage, or on a reindeer harness while tending to other work.

After I returned from the 2010 Nordic Knitting Conference, I started to research the contributions that the Sámi have made to knitting. It was very difficult to do in English, as so little has been written about it. I turned to Swedish, Norwegian and Finnish books and online sites and found more. Gradually, my queries turned to northern Nordic museums. By 2013, I had exhausted what I could by communication alone and I journeyed to northern Norway, Sweden and Finland. I visited two national folk museums and 12 regional museums and studied the Sámi knitted items in their holdings—over 500 pairs of mittens. I have written articles, patterns and an eBook based on these historical items, and greatly enjoy teaching about both the knitting and culture of the Sámi peoples whom I love.

This journey started with the textile colors of a people. Only after I had studied for a couple years did I learn my Minnesota aunt is part Sámi and active in the North American Sámi organizations. What a joy! Through her and others, I have been introduced to fabulous work being done in the States through descendants of Sámi immigrants. For example, Marlene Wisuri, head of the Sámi Cultural Center of North America in Duluth (samiculturalcenter.org), is a storehouse of knowledge. The museum is a great place to visit. And every region of America and Canada with large amounts of Nordic people also has Sámi clubs. You can look them up online or in Facebook groups.

Laura Ricketts is a Lead Fiber Art instructor at North House Folk School, where traditional craft is taught on the shore of Lake Superior. 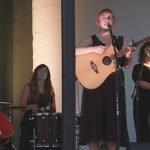 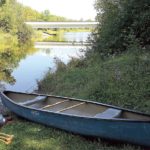