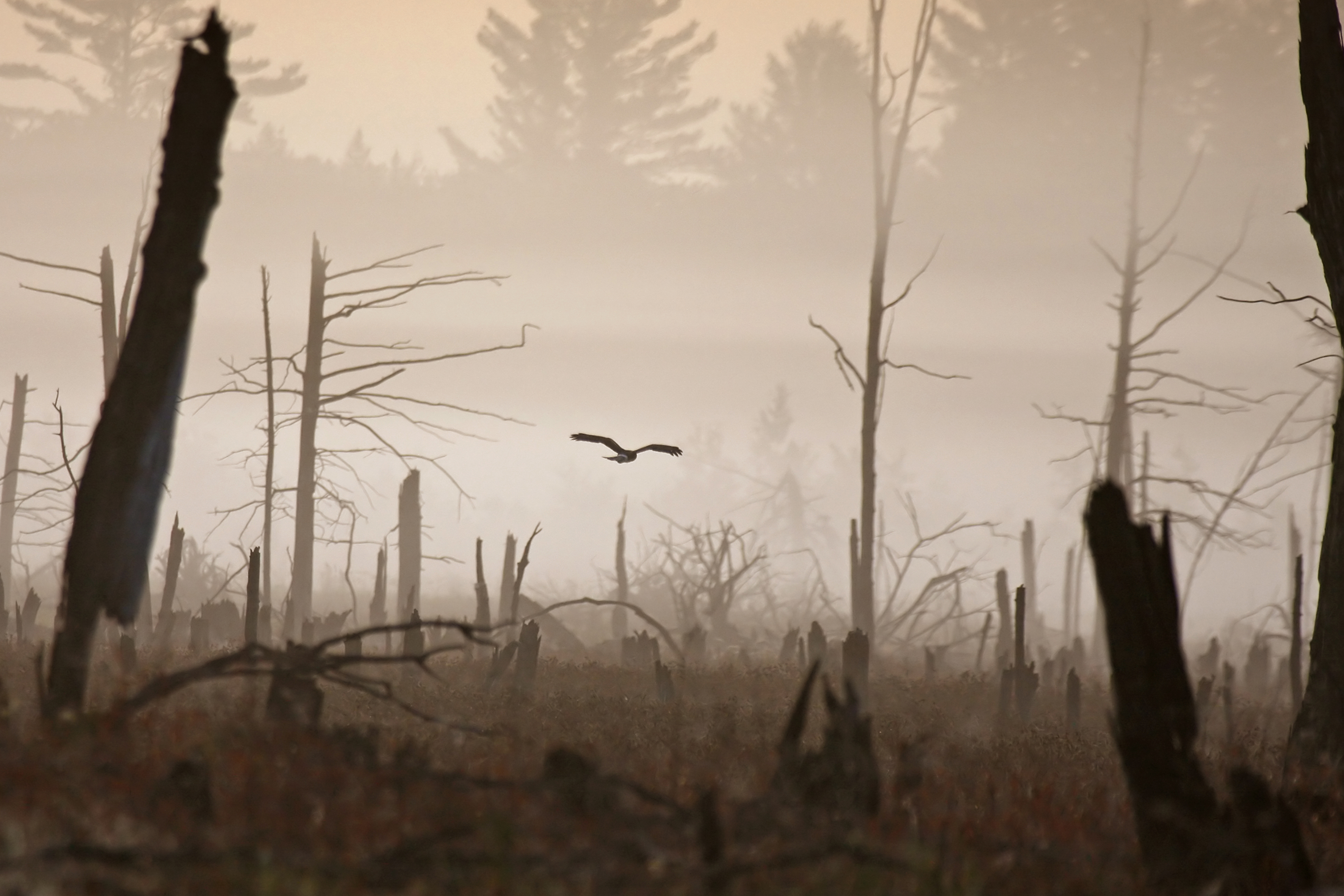 A northern harrier floats above a marsh at dawn. | MICHAEL FURTMAN

Hunters know that one of the best places to be in autumn is in the marsh.

Why? Because in the fall, marshes provide migration stops for birds, are favorite haunts of predators, and marshes are a hotbed of activity for many other creatures preparing for winter or fleeing ahead of it.

Here in Northern Wilds country, with a landscape often dominated by rocky shored lakes and rivers, shallow marshes are a magnet for wildlife. This is true year round, but in autumn we see an influx of nonresident species, adding to the abundant resident wildlife. In September, warblers and other songbirds often utilize brushy perches along the shores because many depend upon insects for food, and while the large summer hatches of bugs are largely gone, the birds know there are always hatches occurring right up until freeze-up. Mallards and other ducks, as well as sora rails, look for patches of wild rice, and migrating tundra swans root in the shallows for tubers. Even species not so common in our area, like sandhill cranes, pause here during migration. It is the best time of year to see the rusty blackbird, which of its kindred is the most beautiful. And since marshes are typically connected by streams, they are choice areas of travel by many non-migrating, local wildlife. White-tailed deer frequently move along these corridors, and I’ve noted that big bucks often choose a wetland’s dense stands of grass, brush and cattails as safe havens.

For all these reasons, I hang out on marshy ponds and creeks in the fall, ready to photograph whatever may come my way. Rarely do I come away without a full flash card, and the photos are frequently not of the critter that I had intended to photograph.

Last September, I went to a marsh in hopes of photographing the handful of handsome drake wigeon — a species not often seen in our area — that had appeared a day before. The light had been awful that day, so I returned the next morning. Although the ducks were there, what drew my attention instead was a mink hunting the opposite shoreline. It would slip into the water, disappear below, and emerge with a leopard frog nearly every time. What surprised me is that instead of eating the frogs, it was scampering to a hollow stump and stashing them. I’d never heard of such behavior.

I moved around the shoreline quickly and quietly each time it disappeared beneath the surface, until I reached the spot where it would emerge on its way to the stump. It spotted me and hid, but not before I was able to get a few shots as it carried a frog like a Labrador retriever fetching a duck.

On a foggy October morning, I was wandering up a shallow creek that led to the shores of a marsh. I could hear the distinctive call of sandhill cranes but couldn’t see them over the tall cattails. Fortunately, the marsh was formed by a tall beaver dam, and when I climbed up it, I could see the handsome cranes waded back and forth feeding in their stark gray winter plumage. No doubt they had roosted in the marsh overnight, a favorite means of avoiding predators. I quietly took photos while they fed, then backed away to let them do their thing.

I had been so intent sneaking up on them that I hadn’t realized until I turned away that I had walked by a handsome whitetail buck bedded in marsh grass. He startled me as he lifted his regal head, but did grant me a couple of photos as the sun, now burning off the fog, painted the grass and the buck with its warm autumn rays.

Note: this story was originally published in the 2013 October-November issue of Northern Wilds Magazine. 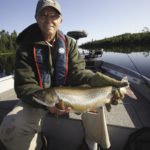