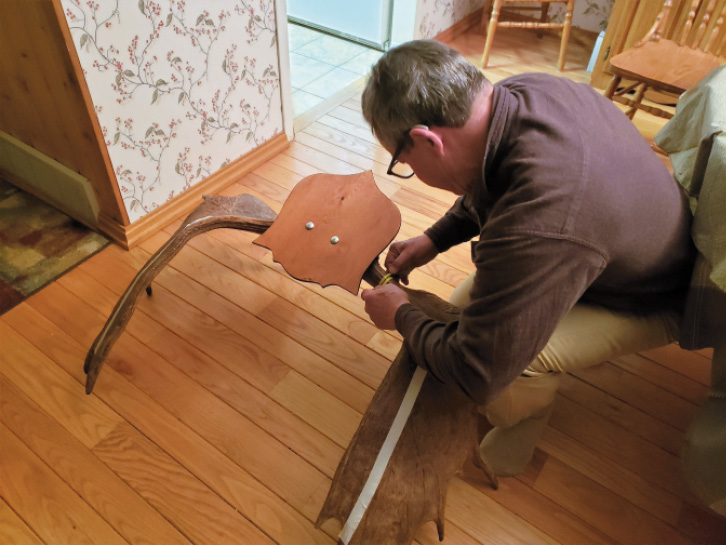 Dave Nuttall preps a moose rack for scoring. Nuttall scores racks for a variety of different organizations, including Pope and Young (archery) and Boone and Crocket (firearms). | GORD ELLIS

Most hunters hit the field each fall for one reason and that is to harvest meat. The term “trophy hunter” gets bandied around a lot these days, but very few hunters are after that. We hunt to eat. However, there are times when truly exceptional animals step out into a hunter’s sight. Large bull moose or whitetail bucks are awesome and beautiful creatures. And for as long as man has hunted, there has been something mystical about a huge rack.

As you might imagine, there are a variety of ways to measure the specialness of a rack or set of antlers. It is based on what is called scoring. People who do this scoring are highly trained and meticulous. They have to be, as antlers that score enough points may end up in the various record books that keep track of this information.

Dave Nuttall, of Thunder Bay, is one of those people. He scores racks for a variety of different organizations including Pope and Young (archery) and Boone and Crocket (firearms). Wanting to learn more about how Nuttall got into scoring and how he actually does it, I dropped into his home.

“Well, I actually got involved with Pope and Young first years ago—in the early 90s—I ended up taking a big bull and Kenny Kemp of Superior Sportsman said, ‘you know, you ought to get that scored,’” Nuttall said.

He called up a local man who scored antlers and learned he needed to wait for a mandatory 60 days drying time. After the required waiting period, Nuttall brought the rack over and had it scored. It ended up being one of the top 20 in Pope and Young at the time.

“So that got me interested in scoring—and not just for the size of the racks,” said Nuttall, who is a retired school-teacher. “I got interested in the scientific aspect of it and the conservation and the record keeping and all of that stuff as that’s kind of my background.”

Nuttall said becoming a scorer for Pope and Young required him to take a three-day course. He said the extensive course included scoring everything from Rocky Mountain elk to whitetails.

“We measured some animals I’ve never measured since,” said Nuttall. “But that got me started. And then I started getting calls and a lot of the calls I was getting were from people who had shot something with a gun.”

Nuttall applied to be a Boone and Crockett scorer and got an invitation to take the course from them. That was another three days. Nuttall is now a go-to in the northwest for antler scoring for a wide variety of groups including the Foundation for the Recognition of Ontario Wildlife (FROW).

Nuttall says each organization has a scoresheet you can download off the web. Measuring is different for a moose than a deer. Deer racks are typical (symmetrical) or non-typical. Using a variety of measuring tools and even some masking tape, Nuttall carefully goes about recording the points and inches.

“Not everything qualifies as a point,” said Nuttall, looking at a deer rack he took years earlier. “So we need to figure which are and aren’t. Then you measure the length of the main beam, you measure the length of each of the individual tines, and then you would take four circumference measurements along the main beam. And the final measurement would be what we call the inside spread, which would be a right-angle line across the rack.”

Watching Nuttall at work measuring first a deer rack, and then a moose, is a revelation. He is painstaking, double and even triple checking his measurements and numbers. Each time he settles on a measurement, he writes it down (in pencil) on the work sheet. Then the numbers are added up, deductions (if there are any) are made, and a final score is assessed. A score over a certain size can get you in the record book, although it generally will be an exceptional animal. When I brought in a moose I’d shot in 2001 that had never been scored, Nuttall looked it over, declared it “a nice mature bull” and guess-timated the score as 146. When the smoke cleared after he measured it, his guess was nearly spot on. That is the sign of someone who has seen and scored a lot of moose racks. But for Nuttall, all the measuring is more than just looking at bone. He says it has also allowed him to make some unique connections with local hunters and contribute to ongoing information about our wildlife populations.

“One of the unexpected bonuses is you get to meet some really neat people,” he said. “You really do. And from all over. I mean I’ve scored for people from Nipigon, Fort Frances and Dryden. I scored the Dryden buck, which is another story. But the other thing is it’s just a way of contributing to an ongoing database for animals over time. Why shouldn’t you do everything you can to keep track of what’s happening to the population? This is one of the ways that you can do that.”

Dave Nuttall can be contacted via his email address: tbdavevn@gmail.com. 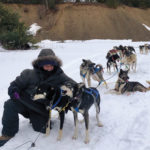 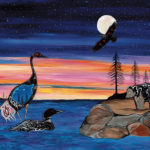