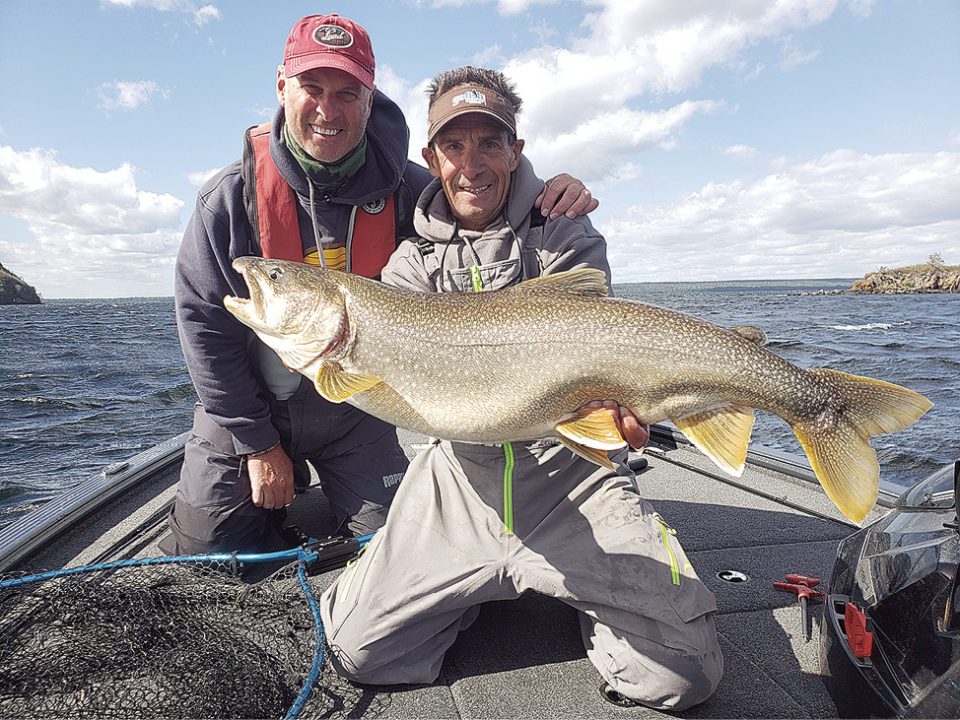 Gord Ellis and James Lindner doing a shoot in September of 2021. | GORD ELLIS

Like a lot of anglers, I grew up watching fishing shows on television. I’m old enough to remember the early ones like Bill Dance Outdoors, Fishing with Roland Martin, In-Fisherman and here in Canada, Red Fisher’s Scuttlebutt Lodge. For a kid from northwestern Ontario, those shows were windows into a fishing world that was barely imagined. Whether it was fishing for giant largemouth bass in Florida or flying into the Northwest Territories for massive lake trout, these shows took you there. In the days before specialty channels and YouTube, watching fishing shows on network TV was your only option.

My first foray into the TV fishing world was as a host of the Superior Fishing Show, in Thunder Bay. I can’t recall exactly how it came to be, but the writing and radio career was already underway, and someone must have thought I could do it. What this writer quickly learned was that making television fishing content was way more difficult than it looked on the tube. For starters, you always had to worry about the weather, and that was a pain. Too much wind was not good for the mics and rain was no good for the cameras. If it was too sunny the shot was potentially overexposed. Another major issue was the catching of fish. On a fishing show, you want fish. That did not always work out as hoped. Then there were the batteries. Everything had batteries and you lived and died by them. This lesson was learned the hard way on one of my very first fly-in television fishing shoots in the early 1990s. A guest and I, plus the cameraman, were flown into Ogoki Lake, north of Armstrong, for a five-day shoot. The weather looked great and the fishing was known to be good. The outfitter dropped us off at the outpost camp, we quickly unloaded and then waved excitedly as the Beaver disappeared over the treeline. A few moments later, the mood changed. A lot.

“I don’t have the batteries,” said the slightly frantic cameraman. “I left them in the truck.” For the next few hours, we tried to figure out a way to get some power to the camera, including—as I recall—trying to start a diesel generator that looked to be from the 50s. No dice. So, we went fishing without the TV camera for five days and it was pretty great. When the outfitter landed and heard we had no batteries, and therefore no show, he was less than enthralled. However, I supplied him a bunch of still photos that populated his brochures and show booths for many years after that.

My hosting on Superior Fishing ended after a couple seasons, but that experience morphed into doing the occasional guest spot on other shows. Winnipeg angler Don Lamont had a show called the Complete Angler, and he invited me on quite a few shoots. One I’ll never forget was filmed on Lake of the Woods in the mid-1990s. We were supposed to be chasing muskie, but they were not cooperating. Lamont’s cameraman was a dedicated soul and kept the rather heavy camera on his shoulder for hour after hour, day after day, for the whole four-day shoot. He wanted to capture a muskie grabbing a lure, so he had to be rolling on every cast. He burned up hours of tape and could barely walk straight by the end of it. We never did get a muskie.

More recently, I’ve had some interesting TV shoots with some of the best people in the business. A favourite memory took place in July of 2019, when my dad, Gord Senior, and I were the guests on the Lund Ultimate Fishing Show. The show is produced by Lindner Media, which was founded by angling legends Al and Ron Lindner. The cameramen for the show were Mike Hehner and Rich Eckholm, two of the most experienced people in the business. The plan had been to fish for lake trout on Lake Nipigon, but bad luck was plaguing us. The first day was windy and rainy, which is terrible for shooting TV. The next day was gorgeous, but as we drove to the launch, we found a giant tree down across the road. Once that hurdle was removed, we got on the water and went after Nipigon’s legendary tank-sized lake trout. However, the first laker off my hotspot was about two pounds. The second one was even smaller.

“Let’s try another spot,” said Hehner, diplomatically. It was decided that we’d fish a reef where there might be some lakers up shallow, and maybe a pike or even a brook trout. We got there and within a few minutes I had a good fish on.

“I’m rolling,” said Hehner, from behind me. It soon became clear I had a large brook trout on and Gord Senior grabbed the net. The brookie came near the boat and it looked huge. Gord Senior seemed momentarily stunned at the fat, brightly coloured fish and failed to net it. The trout tore back off and was now in danger of getting off. Over my back, I could hear Hehner, camera on his shoulder, starting to breathe a bit more audibly. He was a keen angler and new the big brookie would be key to the show. I carried on, carefully playing the fish in, but also feeling anxious. The trout was once again near the Pro V and this time Senior hooped it like the old pro he is. We were genuinely jubilant and Hehner’s breathing returned to normal. The rest of the shoot was a breeze.

This past summer, I did two shoots, one with Mike Miller, of Angler and Hunter television, and another with brothers Dan and James Lindner, of Lindner media. Both shoots were fun and successful, and the Lindner media outing was done as part of a promotion for Superior Country tourism. It was also a bit of a full circle moment, as James and Dan are the sons of Ron Lindner, one of the people I used to watch on television back in the 80s on In-Fisherman. The one-day shoot went well and we managed to catch some of those giant lakers that eluded Dad and I a few years earlier.

That young man sitting in front of the tube 40 years ago could never have imagined the TV fishing adventures that were in store for him. 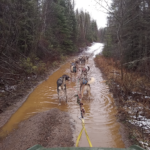 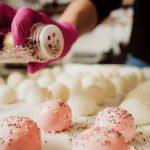 Deer Hunting Through the Eyes of a CO