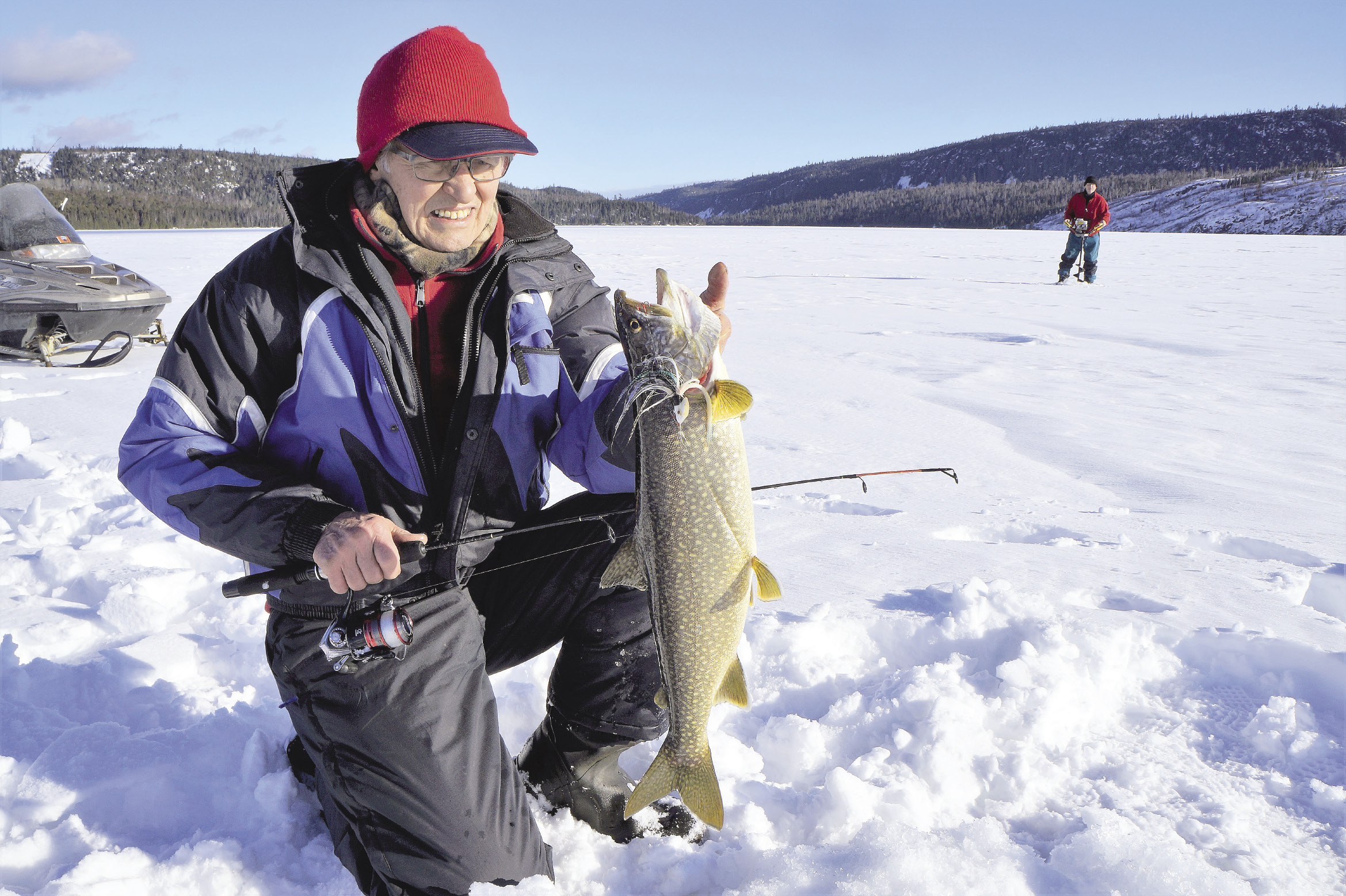 The lake trout—sometimes called grey trout—is a species seemingly designed by Mother Nature for winter. The colder, snappier and brighter the winter day, the more those grey trout like it. They can strike an angler’s jigged line with great ferocity, and when hooked through the ice, lakers rarely fight with anything less than full commitment. This is different than the summer caught laker which can, occasionally, come in like a bag of sand.

One of the coolest things about lake trout is the wide range of body types and colorations you will bump into when you angle them. Over my nearly 50 years of chasing these fish, I’ve seen an incredible range of subspecies. About 25 years ago, in a small lake north of Atikokan, I was fishing with a small group of local anglers. They had been telling me about the lake, and it’s small and exquisite looking trout. Being a fan of unusual looking trout, I was dying to see one. When we finally caught one—a typical one pounder apparently—it had the most incredible knot of dots on its flank and had an unusually dark, nearly purple coloration. The fish looked like nothing so much as the aquatic version of a jungle cat.

“What’s the name of this lake?” I asked, as I admired the dappled grey trout. “Leopard Lake is what we call it,” came the reply.

On another lake, located west of Thunder Bay, the grey trout are anything but. In fact, some of them are so red and orange bellied they look like they could be deep water brook trout. Why these fish look so different than all of the lake trout in other nearby lakes is one of those mysteries that will likely not be solved by science. To make it all even stranger, the trout in this particular lake feed almost completely on smelt. Yet when you clean one, the meat is red, orange or yellow, and not the white or grey you would expect to see. The meat is also delicious and remarkably lean. A subspecies, genetic anomaly or something else? Just another mystery.

The lake trout of Superior are a whole other ball of wax. There are a handful of different lake trout subspecies in Gitche Gumee and they fill different niches and depths. The deepest water fish are known as siscowets, and are very pale in coloration and have fatty flesh, making them less than palatable. You can smoke a siscowet, but it will still be a very greasy thing to handle. Siscowet can be found in depths of 200 feet or more. These deeper water fish are very easy to catch and will smack nearly anything dropped to them. But they come up from the deep water with an acute case of the bends and are generally un-releasable. So unless you like dining on fatty fleshed lake trout, avoid fishing the depths of over 100 feet.

On the opposite side of the spectrum are the fish known locally along Superior’s North Shore as redfins. The redfin lake trout is found in much shallower water and looks entirely differently than a deeper water fish. A redfin lake trout is longer and has noticeably larger pectoral fins. They also have quite a bit of colour compared to the siscowet and other deeper water Superior lake trout. The redfin is also much better on the table, with a better flavour and leaner texture than the deep water Superior grey trout. If you want to target redfin lakers, you will be well served ice fishing in water that is less than 50 feet deep. In fact, I’ve caught winter redfin in less than 20 feet of water. These fish seem to like to nose up in the rocks and weeds near shore areas looking for minnows. Redfins also like mid lake humps and bumps in Superior. There is a 60-foot hump in Thunder Bay that was created (I’ve been told) when they dredged the harbour and had to dump the stuff. This bump in the middle of a 100-foot flat was always a redfin magnet. I assume it still is, although I’ve not fished it for two decades.

Whether you call them lakers or grey trout, there is no doubt these are great fish to target during the winter. These fish are unique, beautiful and found only in the most pristine waters. Thankfully, northwestern Ontario still has a lot of places for the grey trout to roam. 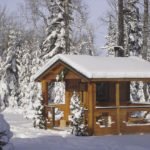 Chase away winter’s chill with a steamy sauna 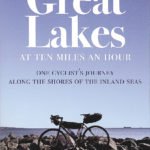 The Great Lakes at Ten Miles an Hour