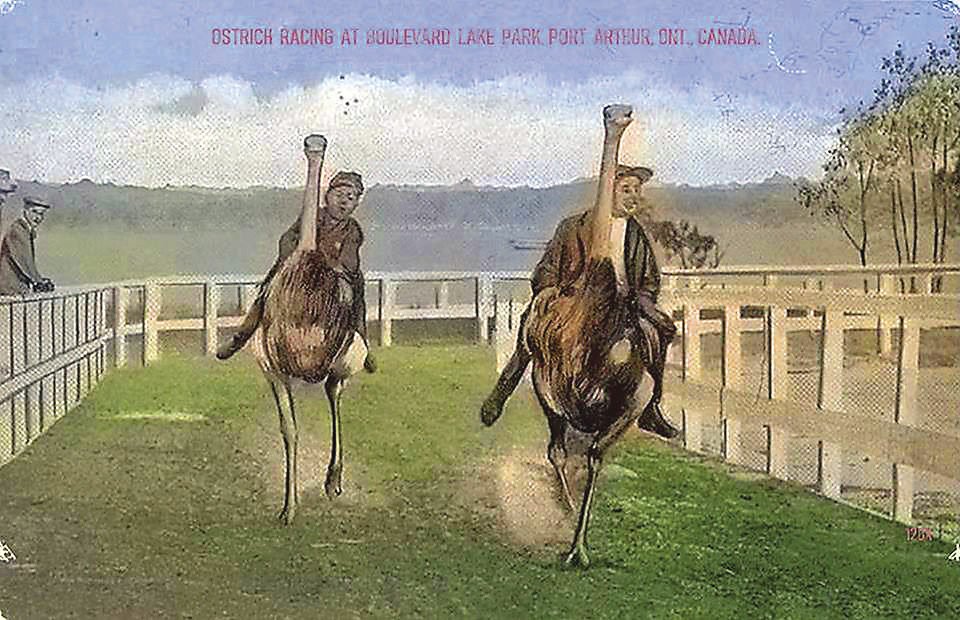 It was a vintage colourized postcard on eBay that sparked my interest about something I had never heard of before: ostrich racing in Port Arthur (now part of the city of Thunder Bay). While the postcard image wasn’t the best, the tag line said “Ostrich Racing at Boulevard Lake Park, Port Arthur, Ontario.” I grew up near Boulevard Lake, a beautiful 635-acre inner city lake and public park with a 5.3 km (3.3 mi) walking trail loop along the shore.

Ostriches are the world’s largest birds, up to nine feet tall, and can weigh more than 300 pounds. They are flightless and run faster than most horses, maintaining speeds of 55 km/h (34 mph) for long periods with maximum bursts to about 70 km/h (43 mph). Considered an ancient sport, ostrich racing became popular back in the late 1800s and early 1900s in America, especially Florida. According to one report, tourists visiting Florida by 1890 could pay 50 cents to ride an ostrich and there are reports that in Miami more than 14,000 people came to the racetrack to watch ostrich races.

Moving forward to the early 1950s, ostrich racing was happening throughout the U.S. and Canada. One of the best-known ostrich racing teams was owned by Gene Holter from Jamestown, North Dakota. As the story goes, while recuperating from a broken leg, he dreamed of owning and training an ostrich racing team. Later he purchased four ostriches and by 1953, had 12 racing ostriches that toured with him across U.S. and Canada. Ostrich racing is still happening: in 2017, more than 13,000 watched ostrich races at Canterbury Park in Shakopee, Minn. and this past September, Virginia City, Nev. held their 60th Annual International Camel & Ostrich Races.

Back to the vintage postcard, it may well have been Holter’s ostriches that were racing in Port Arthur at Boulevard Lake. Why? Well, Billboard magazine (March 24, 1956) reported that Holter, before he began ostrich racing, had been in Port Arthur with his donkey baseball team.

So, what is donkey baseball? It started sometime in the 1930s in the U.S. as a fun, popular form of baseball, often for fundraising and charity events. There’s no documentation as to who or where exactly it first started, though one U.S. sports promoter, Ray L. Doan, claimed he was the “father of donkey baseball.”

While there were variations in donkey baseball rules, the basic premise was the same: except for the pitcher, catcher and batter, every player rode a donkey. Once the batter hit the ball, the player mounted a donkey to run the bases. Fielders could dismount their donkey only to retrieve the ball.

In his book Newport Baseball History: America’s Pastime in the City by the Sea, author Rick Harris wrote that he had searched over “120 million newspaper pages identifying 9,850 articles” relating to donkey baseball in 43 states, Japan and Canada, noting that the first mention was in 1933. One commonality in the games was they were always meant to be jovial, not serious, events. In the 1930s, there were a number of promoters with touring donkey teams that played games against local teams from service clubs, churches, civic groups, police, etc.

There’s also donkey basketball. In Virginia, Minn., the Mesabi Daily News reported on April 12, 2018 that “Donkey Basketball is Back in Town,” with students vs teachers/paraprofessionals in a matchup. And in Chippewa Falls, Wisc., the family-run Dairyland Donkey Ball still train their donkeys to carry riders for donkey baseball and basketball, something they’ve been doing since 1934.

On another note, did someone actually tightrope walk across the 490-foot (150 m) Ouimet Canyon, located about a half-hour drive northeast of Thunder Bay? According to another vintage colourized postcard, yes, an American did in 1933. The caption on the postcard reads, “Ivy Baldwin, Crossing Ouimet Canyon, Ont., Canada—500 feet.—June 1, 1933.” While the postcard image is not the best, I did locate a poor quality black and white photograph from the event.

Texas-born Ivy Baldwin (1866-1953) was born William Ivy, but took the “Baldwin” surname from two daredevil brothers he admired. Inspired already in childhood to be a tightrope walker after seeing a wire-walker perform, he left home to join the circus, did stunts, was a pioneer aviator (in 1910, the first to fly a plane in Nevada) and later, toured U.S. and Canada as a tightrope walker. He earned the title of ‘oldest tightrope walker’ in Guinness Book of World Records when on his 82nd birthday (July 31, 1948), he walked a 635-foot (194 m) tightrope 125 feet (38 m) above South Boulder Creek. Over the years, Baldwin had done this same walk more than 80 times at 582 feet (160 m) above the water; however, for this last walk, his family insisted that the tightrope be lowered to the 125-foot height.

A puzzling vintage colourized postcard I’ve come across lately shows an airship with the caption “Dirigible ‘Titan’ Over the Kaministiquia, Fort William, Ontario, Canada.” (Fort William is now part of the city of Thunder Bay.) An airship over the Kam River? Seems historically unlikely…but well, who knows? 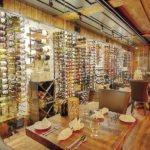 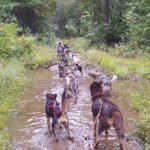