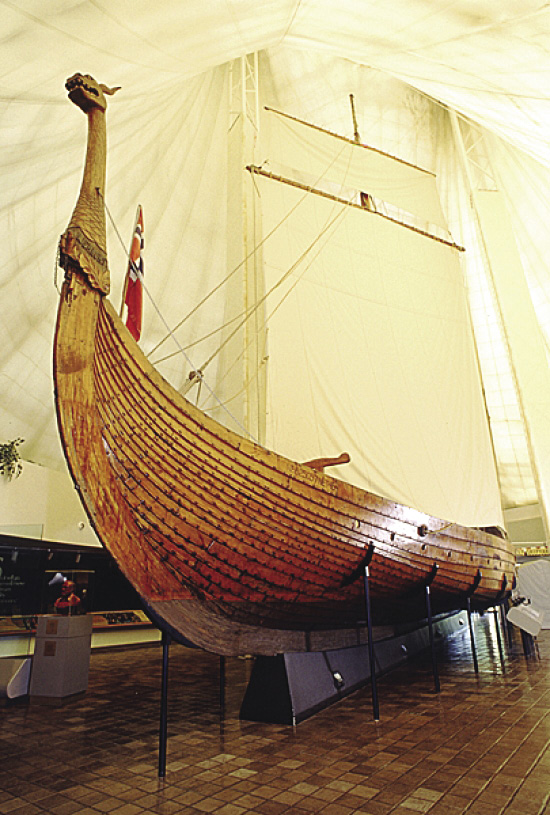 The speculation and debate continues: Did the Norse (Vikings) travel to the Northern Wilds of mid-continent North America centuries ago, perhaps sailing on Lake Superior? Was it possible? Yes, according to Norwegian Captain Gerald Folgero (1886-1948) of Sannesjoen who sailed in 1926 in a hand-built Viking replica ship across the Atlantic Ocean from Bergen, Norway to Duluth, Minnesota.

Since his childhood, Folgero’s dream was to prove true the Norse sagas about Viking explorer Leif Erikson making the journey to America in 1000 A.D., almost 500 years before Columbus arrived in 1492. And in 1926, the Captain did. At the time, no evidence of Viking sites had been found in North America; that didn’t happen until 1960 with the discovery of Erikson’s Viking settlement at L’Anse aux Meadows circa 1000 A.D. on the northern tip of Newfoundland.

Captain Folgero went to sea at age 14. In 1910, at age 24, he obtained his captain’s license and seven years later, commanded his first ship as captain. The whole time, he kept alive his goal to someday build a wooden Viking ship to re-enact Erikson’s sea voyage to the new world of America as recorded in the Norse sagas.

“Many people said this could not be true, so I made up my mind it could be done, as soon as I could get money for a ship,” Folgero is quoted as saying.

By 1925, he had the money and hired a boat-builder in Korgen, Norway to build a 42-foot wooden modified “knar,” about half the size of what Erikson likely used. Named Leif Erikson and made of Norway pine, it was rigged with red- and white-striped sails along with one set of triangular sails. The vessel, with a carved
dragon’s head and tail and traditional wooden shields on the side, was steered by a rudder with an attached long har (tiller); it had no motor.

Captain Folgero, his crew of three and a dog set sail from Bergen, Norway on May 23, 1926. At a Faroe Islands stopover, a veteran fisherman predicted they would die before reaching the Shetland Islands and later, whaling boat mariners said the seas would destroy them before they made
Iceland.

And it was rough going on way to Iceland. They barely survived a violent storm. A month later, they encountered thick fog, rough seas, crashing waves and drift ice surrounding their open boat. “It was a dangerous position to be in the middle of an ice belt,” wrote Folgero in his journal. “We could be smashed to pieces in these high seas. Struggling for our lives, each time the sea threw us into the ice, we thought the end was near.”

They fought hurricane-like winds, bad weather and dangerous conditions. They reached the southern tip of Nova Scotia two months later on July 22, where according to lore, the legendary Leif Erikson had briefly landed a thousand years ago.

When they arrived in Boston Harbor in mid-August, the crew had travelled 6,700 miles. After overwintering in New York, they resumed their voyage the following year in early March by going up the Hudson River. By the time they reached Duluth on June 23, 1927, the little boat had travelled about 10,000 miles.

As they sailed into the Duluth Ship Canal, their voyage had become international news and thousands of people lined the piers to welcome them. In a speech, Congressman William Chars said, “Nobody will say today that the history of the Vikings is not true. There is no doubt that Vikings were in America long before Columbus.”

For years, the Leif Erikson ship was on display at Duluth’s Leif Erikson Park, becoming Duluth’s second most popular tourist attraction. Currently, the ship is in storage after undergoing repairs; plans are to return it to a specially-designed shelter at the park.

As for Captain Folergo, he returned to Norway and in 1930 built a bigger Viking ship, the 60-foot Roald Amundsen (named after his explorer friend), on which he and a crew of three sailed the sea route taken by Columbus in 1492 from Spain to Cuba.

Between 1973 and 1980, Robert Asp, a resident of Moorhead, Minn., hand-built, with volunteers, a 76-foot-long replica Viking ship that he planned to sail from Duluth to Norway. Asp died in late 1980, but others carried on with his ship project. Named the Hjemkomst (“homecoming” in Norwegian), it sailed from Duluth on May 1982 and arrived in Bergen, Norway on July 19. The ship was transported back to Moorhead and is now on display at the Heritage Hjemkomst Interpretive Center.

Like to see a Viking ship sail again into Duluth? The world’s largest Viking ship built in modern times, the 114-foot-long Draken Harold Harfagre, is coming to Duluth this summer as part of the Tall Ships 2016 festival. Owned by Norwegian businessman Sigurd Aase, the hand-built ship with its 3,200-square-feet of pure silk sails is scheduled to leave Haugesund, Norway for North America in May 2016. It aims to “recreate the historical route the Vikings explored a thousand years ago.”

“Since our Nation’s founding, we have been driven by strength in the face of uncertainty and by a bold spirit of adventure. These defining forces were reflected in the early discovery of our continent when Leif Erikson—a son of Iceland and grandson of Norway—and his team became the first Europeans known to land on North American shores. On Leif Erikson Day, we honor him as an important piece of our shared past with the Norwegian people and we celebrate the perilous yet rewarding voyage he and his crew undertook one millennium ago.

“Leif Erikson’s discovery marks the beginning of a meaningful friendship between Norway and the U.S., and we have seen reflections of his team’s journey throughout history. The courage that guided these pioneers to North America was also found in the voyage of six families who braved the unforeseen in 1825 as some of the first immigrants from Norway to the United States. Fleeing religious strife in their homeland in search of liberty’s light, they sailed across the same ocean Erikson traversed more than eight centuries prior. And 190 years ago, these striving newcomers began to weave their unique threads into the fabric of America.

“On Leif Erikson Day, we pay tribute to those who embarked on these expeditions and recognize the role they played in shaping our legacy as a nation of immigrants. We also reaffirm the ties that bind America and Norway and rededicate ourselves to our common goals of securing peace and prosperity around the world. Let us honor his spirit by celebrating our past while fearlessly reaching for the future he knew was possible.” 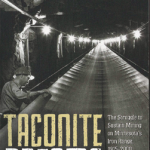 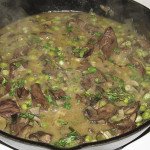 The Heart of the Hunt: A New Experience