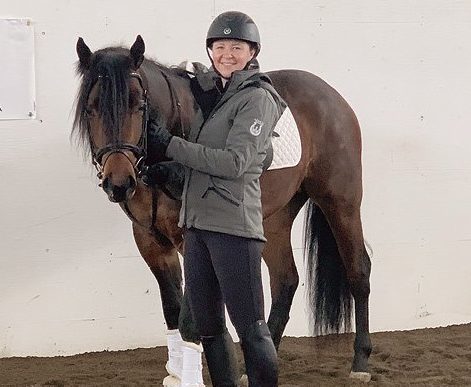 Julie Grgurich has been around horses since she was a small child. Awed by their ability to connect with humans in such deep and endearing ways, the accomplished horsewoman has always felt her most complete in their soothing presence. In 2009, after Grgurich retired from running several successful businesses in Thunder Bay, she opened up the Townline Equestrian Centre in Murillo and began teaching people not only how to ride and train horses, but how to treat them in a way that respects their natural instincts. She said that the worst thing a person can do is assume that horses think like humans.

Grgurich’s plan was to start her new enterprise slowly but once word spread throughout the area about her innovative centre, she was inundated with people wanting to learn how to ride and train horses. The hardworking woman was doing her best to keep up with the demand, when she got in a car accident. She ended up with a brain injury and trauma to various parts of her spine. And if that wasn’t hard enough, she was assigned to an occupational therapist that wanted her to give up the horses and find a hobby that would not be so demanding on her seriously injured body. Grgurich was flabbergasted and angrily blurted, “Are you completely crazy?”

Grgurich was now faced with the daunting decision of what to do with her equestrian centre, as she could no longer teach her students. Then, just as things were looking its bleakest, she met Zoey Hill through a neighbour. The young woman had recently attained a Bronze Medal with the United States Dressage Federation. She had also trained with numerous Grand Prix riders in North America and Europe. If this wasn’t impressive enough, Hill shared Grgurich’s belief that whips, ropes or chains should never be used on horses. The best way to interact with them is through a natural intuitive style where the rider and horse develop a respectful and lasting connection. Grgurich stated that she and Hill quickly came to the realization that they were meant to work together.

Hill became the centre’s riding instructor. Her lessons are conducted in a safe and encouraging environment with people of all ages and interests. An insulated indoor arena was recently constructed, and there is a comfortable viewing room for people wanting to observe the lessons. Many of Hill’s students have won competitions and some have also sought careers in the horse industry.

Erika Smith and her assistant Ashley Salamon were hired on to oversee the pony learning camps, which allow people the rare opportunity of interacting with horses in a calm, welcoming setting. There is one specifically designed for children and another for adults. These camps not only expand the participants’ understanding of horses. But they also improve their overall wellbeing. Grgurich stated that this is because horses are intuitively driven animals that will go out of their way to reassure anyone that they sense is struggling.

Cassie Lankinen came on board to help in the maintenance of the barns and riding areas. Grgurich oversees the daily operations of the centre, which includes private boarding, and the breeding of the majestic Arabian horses with the agile quarter horses. The centre was recently accepted by the Arabian Horse Association as being a Discovery Farm where people can learn more about why Arabians are one of the most popular horse breeds. Grgurich also has a registered Icelandic ram that is almost two years old. He recently made national news for his robust love of humans.

Grgurich’s passion for horses is so unconditional that she has rescued several of them from farms where they were being mistreated. One was a two-month-old emaciated colt that had to be placed on intravenous and closely monitored by Grgurich’s dedicated veterinarian and friend Dr. Matt Yerxa. She named the foal WannabeWally and later rescued his sister. They both miraculously recovered and have become permanent residents at the centre. Grgurich presently has 19 horses and they all enjoy working with people. She explained that the lifespan of a horse is about 30 years. When they reach their early twenties, they are retired. She was quick to add that they continue to receive the best care which is regular visits from the farrier, chiropractor and veterinarian, along with a lot of loving attention from Grgurich and her equally dedicated staff.

If anyone would like to learn more about horses or the Townline Equestrian Centre, you can contact Grgurich at: tecnicalhorsemanshipclub@gmail.com. 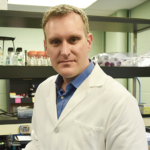 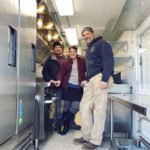