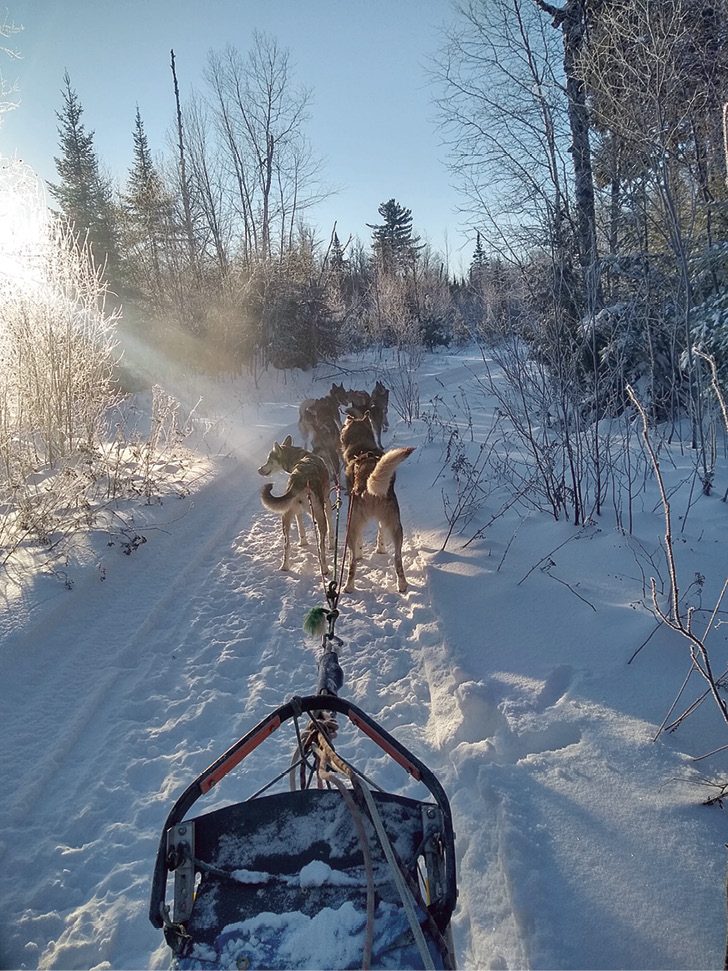 At our previous homestead off Pine Mountain Road, our kennel was conveniently situated between two main snowmobile trails and several unplowed forest roads. Sometimes with an early season snow, we needed to lay tracks for the dogs with our snowmobile, but after Christmas, there were always tracks to follow. We spent very little time grooming or maintaining any trails at all.

Now, we are located on a network of trails used almost exclusively by mushers. Over the past decade, however, several mushers sold out, and most of these trails became overgrown—in some places almost indecipherable from the surrounding forest. Over the past month, there have been numerous days you could find me scouting the trails, figuring out where exactly we could run and then trimming back the branches to resurrect a passable dog trail once again.

On December 5, we got a real blizzard. There was somewhere between 12-16 inches of snow with another 7 or 8 inches several days later. We went from ATVing to sleds immediately.

After the puddles, ponds and creeks freeze up, there are more places to go on sleds, but we generally avoid plowed roads, if possible, as the gravel chews up the runners. Also, sled brakes are intended for snow, not gravel or rock—so if you go down a plowed road on a sled, don’t plan on stopping. With more than 20 inches of snow, the trails must be packed before we can run a dog team, otherwise the dogs flounder in the deep snow, possibly injuring themselves.

It takes a pretty hefty snowmachine to groom such deep snow. Ours is wholly inadequate for the job, thus we must rely on our neighbor mushers to do the grooming for us until we can find a more suitable machine. In return, we have tried to avail ourselves to lopping renegade balsam branches and alder stems from the trails.

One day after all the snow, Anna, myself and neighbor Andrea DeBoer met up to trim a section of trail. Andrea led with her wide track snowmobile and groomer, Anna and I followed on our skimpier machine. While cutting back branches, we ran into Odin Jorgenson, who was out grooming a different section of trail. Now maybe for them, this was a commonplace occurrence, but for me, the novelty of a group meet-up of mushers on a sled dog trail in the middle of the frozen swamp, essentially made me giddy. We are part of something here. Instead of watching for snowmobiles on the trails, I am watching for other teams of dogs. And passing practice is much needed for racing, so it’s a welcome challenge.

December is crunch time for training. By the time this issue hits the stands, we need to train several hundred more miles. Gunflint Mail Run is January 8. Matt will take the runners (he calls it his come-back race after taking last year off) in the 12-dog race which is two 48-mile legs separated by a four-hour rest. Anna will run a mixed team of seasoned dogs and yearlings in the eight-dog race.

In between training and trail work, I have had a few moments to stop and appreciate the simplicity of living in one house. I spend way less time driving, more time with the dogs and as much time as I can muster building forts inside and out with Sylvia. Our new life in the Sawtooth Hills on County Road 14 has been better than I could have imagined in 2021. 2022 and the races are just around the corner. 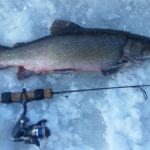 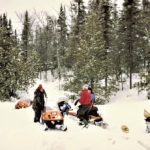