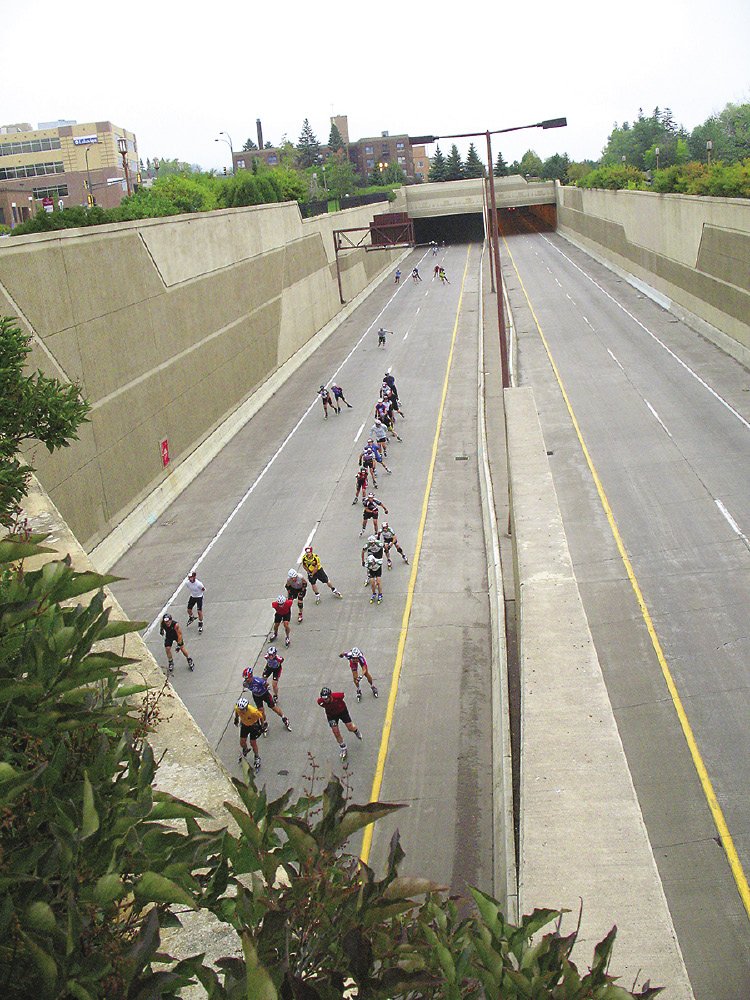 The NorthShore Inline Marathon and Skate Fest rolls into Duluth on Sept. 13-14, for its 24th year. Inline skaters can choose from five different races including the flagship NorthShore Inline Marathon (NSIM). The largest inline skating race in the United States follows the iconic Grandma’s Marathon course along the shores of Lake Superior. There are also rollerski races and running races so even athletes who don’t inline skate have racing options.

The “Skate Fest” is a new addition to the event’s name. Mike Ward, race director of the NorthShore Inline Marathon and Skate Fest, via email called the rebranding “a platform to expand the auxiliary events and attractions we offer. The overall idea is that Duluth is the hub of skating in the USA.”

The Skate Expo kicks the weekend off on Friday at the Duluth Entertainment and Convention Center (DECC) with demo events and clinics throughout the day. The demo events include skate cross, speed skating, and even a roller derby scrimmage. Several businesses and manufacturers will show their wares on the Skate Expo floor throughout the day. There are free kids sprints at 4:30 p.m. on Friday. Kids can register with their parents at the information booth.

Ward said, “I am personally mostly excited about our social skates that we’re doing throughout the weekend: a group Friday night skate on Sept. 13 around Canal Park and downtown Duluth, our Saturday Skate Jam Live (a roller rink themed after party), and the Lincoln Park Takeover on Sunday, which is an aggressive/extreme skating contest and skate park tour.”

“That race has been relatively small, about 30-60 skiers every year, but we are putting more emphasis on the Rollerski races this year with additional marketing, a separate ski poster and medal, and the new 21k Rollerski race,” said Ward. “The hope in launching shorter distance races is that people can sign up for those, realize how much fun it is, get a feel for the race atmosphere itself, and work their way up to our premier race: the NorthShore Inline Marathon.”

The NSIM is the biggest in the U.S. and second in the world only to Berlin, Germany where 5,000 skaters will take to the line in their events surrounding the famous running marathon there.

“This year, we are seeing an increase in skater participation, which is great. I think there is a resurgence of skating going on in the United States,” said Ward. “We expect 2,000 athletes in total, about 1,200 in the NorthShore Inline Marathon, 1,500 total skaters, 400 runners and 100 rollerskiers.”

The Rollerski Marathon was added in 2011. Running races joined the skating in 2012 and 2013: The St. Luke’s Wheels Off Half Marathon and then the Tunnel 10k. Ward said that inline skating had some “boom and bust” cycles in the 1990s and 2000s. According to Ward, the largest year for the NorthShore Inline Marathon was 4,200 in 2002. The new sports and added events helped to keep the overall weekend afloat as skater numbers declined from that peak.

“But also, introducing different events was a way to reach more people with the mission of NorthShore Inline Marathon, Inc.: to get people outside and active,” said Ward.

George Hovland, Duluthian and 1952 Winter Olympian in cross-country skiing, founded the event in 1996.

“Legend has it that he and some friends were talking about skating the same course as Grandma’s Marathon one evening at George’s house,” said Ward. “They realized it’s actually a great idea and launched the race from there.” 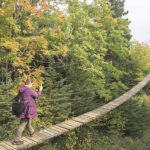 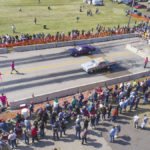 Revving up for Duluth Drag Races