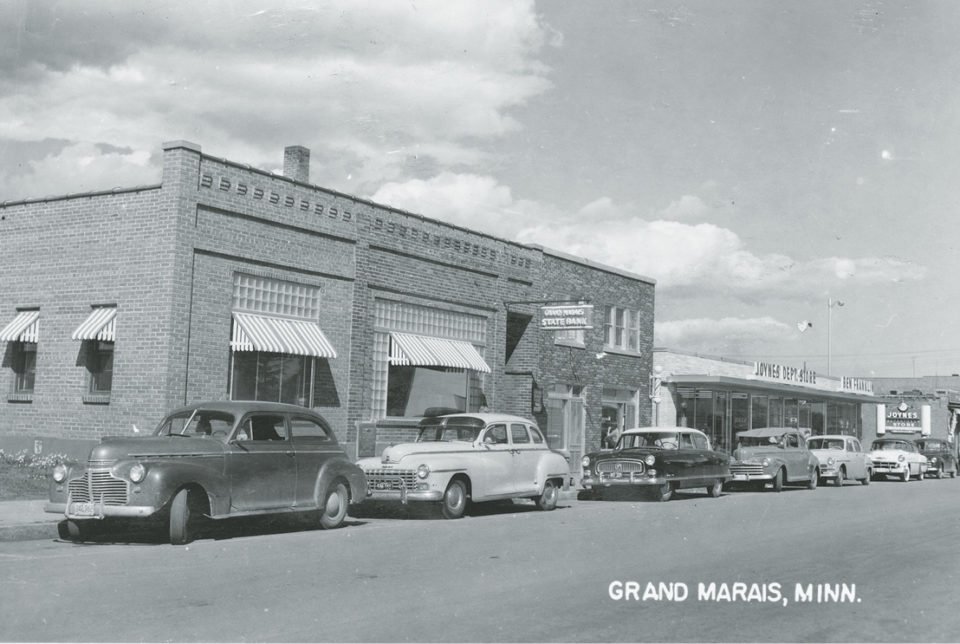 The Grand Marais State Bank was originally located downtown where the Gunflint Tavern is now. | SUBMITTED

Rick Anderson is a fifth-generation Cook County resident and the grandson of Carrie Anderson and Allan Magnus “A.M.” Anderson, the original owner of the bank. A.M., who moved to Grand Marais in 1910, and his brothers-in-law founded the bank in 1916 after purchasing the remaining assets of the Cook County State Bank. A.M. had worked as a cashier at the Cook County State Bank, and both his work and educational experience prepared him for his new role of owner and president of the Grand Marais State Bank.

“My grandfather had a college degree, which was something most people didn’t have in those days,” Rick said. “He graduated from a business college in Nebraska, so he had the technical skill to put together that business plan.” With the help of his brothers-in-law—who were among the first County Commissioners, successful commercial fisherman, and “jacks of all trade”—A.M. oversaw the launch that was the genesis of the Grand Marais State Bank.

Originally located in downtown Grand Marais where the Gunflint Tavern is today, the Grand Marais State Bank has weathered the ups and downs over the last century, including the stock market crash of 1929 and the ensuing Great Depression. In fact, it was one of the few smaller banks that remained open during the crisis, a testament, Rick says, to his grandfather’s values, and how he had enough collateral in the bank to make it secure.

“Times were tough, but there was a huge trust people had of the local business community,” Rick said. “There were small resorts up the Gunflint Trail that were sustained through the bank. A stable bank was critical to the local economy, and everyone banked locally.”

Integral to the history of the Grand Marais State Bank was the role of Carrie, Rick’s grandmother. Carrie worked full-time as the bank’s cashier, in a time when women rarely had employment outside the home.

“I remember when I worked at the bank in high school, she has these incredible handwritten ledgers in her beautiful cursive handwriting,” Rick said. “Of course, there were no computers back then, so everything was journal-entried by her in these ledgers.”

Carrie’s work helped make the Grand Marais State Bank the successful endeavor that it was, and she went on to become one of the early officers in the National Association of Bank Women.

When A.M. retired, Rick’s father, Richard “Dick” Anderson took over leadership of the bank. It was when his parents owned the bank that Rick recalls the story of the moose meat.

“My folks were always avid hunters and always had moose meat in the freezer. One thing about the bank is that people always had a great trust in it. The lumberjacks worked in the woods and would come spend the weekend in town before heading back. They were paid in cash, and after they were paid they would come to the house with their pocket full of cash. Mom would greet them and the lumberjacks would take out what they needed, and the rest would be put in an envelope in the freezer next to the moose meat, since it was the last place people would look. It was literally cold cash. There was a steady stream of the lumberjacks in the 60s,” Rick said.

As time passed, many changes came to the Grand Marais State Bank, including offering health benefits to employees in the 1960s, which was not commonplace for employers of the time. Computers became integral to the financial world in the 1970s, which was a big deal for the Grand Marais State Bank, as they had to drive the ledger 240 miles round-trip to Duluth so it could be entered in the systems there. This was done for several months until the bank got the computer hardware to send the ledgers electronically. In the 1980s the Tofte branch was added, which was unprecedented at the time since state regulations limited how far away a bank branch could be before it had to be considered a new bank. Due to the remoteness of Cook County, an exception was made so the Tofte branch of Grand Marais State Bank could open.

When Dick retired in the late 1980s, the Grand Marais State Bank was sold outside of the Anderson family. It then moved to its current location in 1997. Among all the changes through the years, it continues to be a community-focused bank that serves many of the same families and businesses it has served for years.

While Rick’s career path was in the tourism industry, rather than the finance world, he credits his work at the bank with the lessons that became foundational to his career.

“It was drilled on a daily basis that we had a service business, nothing more, nothing less,” he said. “Yes, it was a financial institution, but it was only as good as the service. I took that lesson to heart in my life, having learned everything I needed to learn about service from the Grand Marais State Bank, and learning that has helped me in all of my endeavors.” 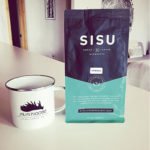 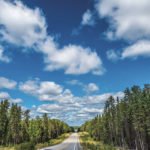 Will the border re-open in July?